FX Volatility Will Oscillate, but the High Vol Regime is Here to Stay

Until last month FX volatility was in the doldrums, so much so that we saw the JP Morgan G7 Currency Volatility Index plummet to a record low under 5. Extremely easy monetary policy (and the so-called “Fed Put”) had driven the market to extreme levels of complacency and risk-taking behavior. The coronavirus has changed all that in a flash, and likely for quite some time to come. Even if the virus situation clears up sooner rather than later (hopefully the case), the dislodgment was too fierce to take back, welcoming in a high volatility regime.

The JPMVG7 index is an implied volatility index similar the very popular S&P 500 VIX index. The currency volatility index has only been around since 1992, but looking back to the very beginning of FX trading in the early 1970s, USD/JPY 1-year implied volatility had dropped to record lows last year. The annual trading range for the US Dollar Index (DXY) for 2019 was the smallest since the mid-1970s. 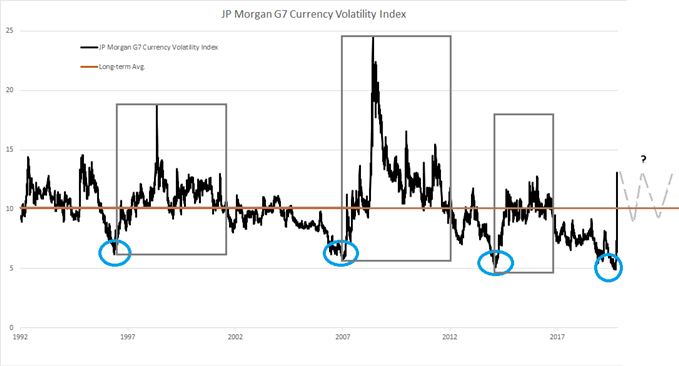 Recommended by Paul Robinson
Build your confidence in volatile times.
Get My Guide

The current reading on the JPM index is around 13, and while this is now high, and at some point it will simmer down a bit, a new higher base for volatility is expected for the foreseeable future. A new higher trading range. Looking at other times when volatility troughed at extremely low levels (1996, 2007, and 2014), once volatility got into motion it stayed in motion.

The 1996 bottom didn’t peak until 1998, but volatility stayed double digits for most of the period leading into 2002. The 2007 episode didn’t peak until the depths of the Great Financial Crisis in 2008, but again volatility stayed double-digits for years later, until 2012 before dropping off sharply. The last high volatility regime started in 2014, and levels stayed around the long-term average (~10) until early 2017.

So as one can see, once volatility spiked off a significant low it didn’t return back to low levels for quite some time to come. It is impossible to say how long this cycle will last, but one can conclude that it could last at least the next two or three years. And this is a good thing for traders. This means there will be plenty of opportunity for FX traders to take advantage of. Keep in mind, that with bigger swings comes bigger responsibilities in risk management – position-sizing needs to reflect this fact by being adjusted downward. 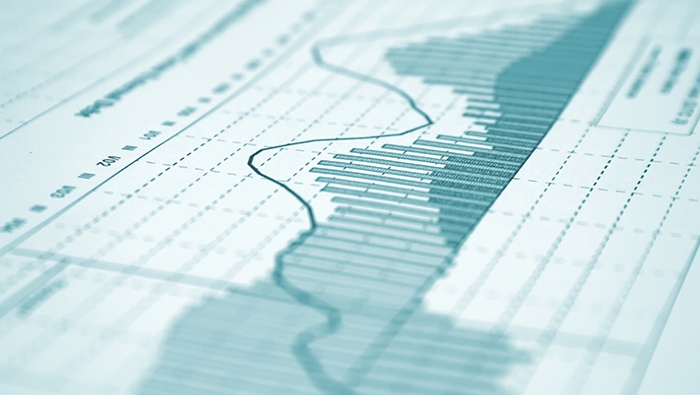