The US Dollar may be on the verge of a reversal against the Singapore Dollar. USD/SGD appears to have bottomed at 2019 lows which make for a psychological barrier between 1.3444 to 1.3472. Prices have left behind a Bullish Engulfing which with confirmation, could precede a turn higher. That places the focus on near-term falling resistance from December which if taken out, exposes 1.3513 – 1.3521. 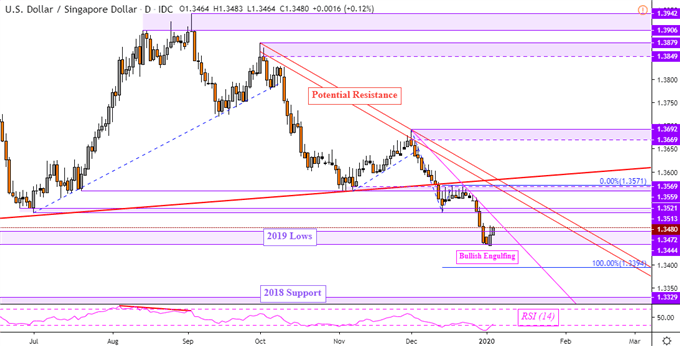 The Malaysian Ringgit has extended its advance against the US Dollar after prices took out key rising support from March 2019. Since then, USD/MYR appears to have struggled to continue its descent after taking out the former psychological barrier between 4.0930 to 4.0950. A confirmatory daily close above this area could precede a push towards the falling trend line from November. 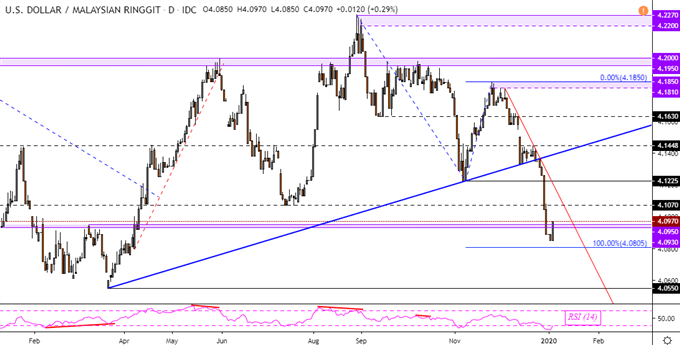 This is as the Philippine Peso continues to see choppy trade after USD/PHP paused its downtrend back in November. Prices have since been consolidating between 50.40 and 51.14 with no imminent signs of a lasting breakthrough. The push above falling resistance from September appears to have been a false breakout. Keep in mind that rising support from 2013 was taken out last year, signifying a major reversal of trend. 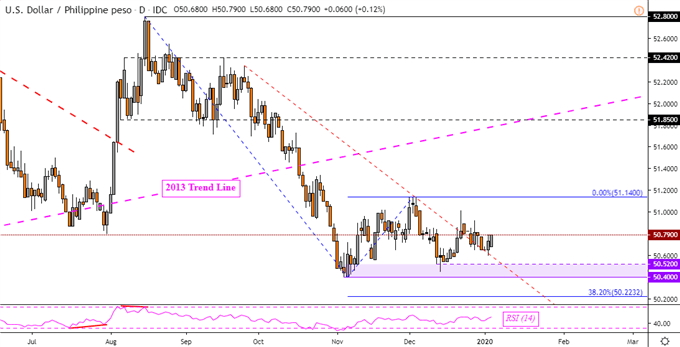 The Indonesian Rupiah extended its advance against the US Dollar after taking out near-term rising support from September – as expected. USD/IDR has since slowed its descent as prices were caught within support (13848 – 13923). If this area is taken out, it would expose former resistance from March 2018 which may reinstate itself as new support. 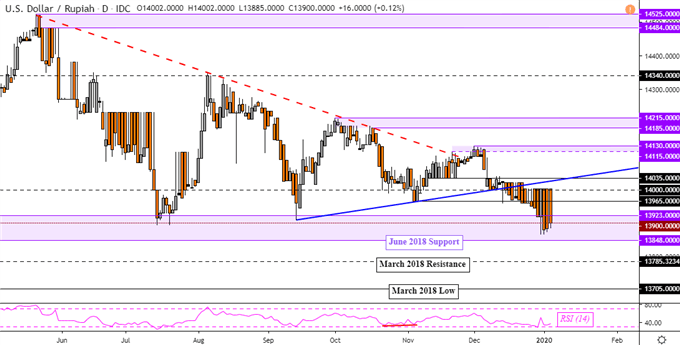