After trading around 17-year highs, USDSEK has since retreated over four percent and is now hovering around a 2-month low after breaking below an 18-month rising support channel (parallel blue lines). The last time the pair came this close to crashing through the ascending floor was back in January 2019. USDSEK is now hovering between 9.2273-9.3110 (red dotted lines) where it lingered for two months before breaking higher. 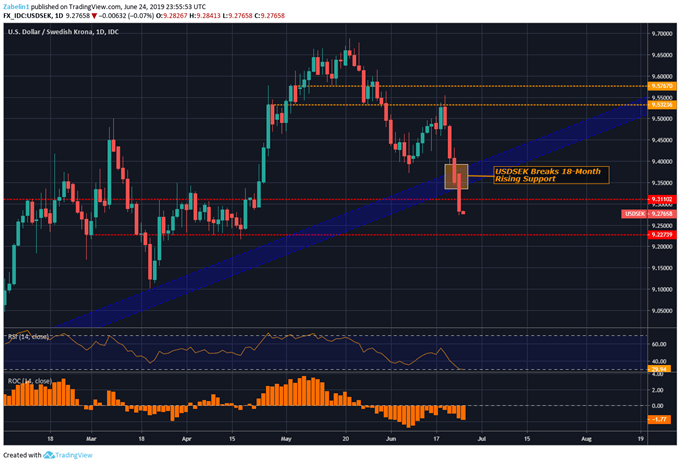 The pair’s sharp decline appears to be the result of US Dollar weakness across the board. If this persists, USDSEK could break below the lower lip of the March-April congestive area. If this is met with follow-through, it is possible that it could result in an accelerated selloff as trader reassess their previous trading strategy that relied on a reliant upward trajectory. 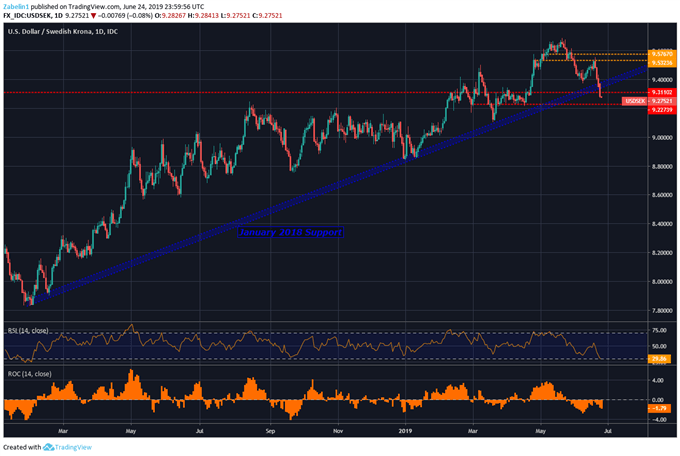 The fundamental outlook suggests a bullish trajectory for the pair if global growth prospects continue to deteriorate and a flock of investors start crowding into the US Dollar. If the pair resumes its dominant uptrend, it may be on a less-steep slope if USDSEK cannot re-enter the previous rising support channel. If you’re interested in learning more about Nordic FX, see my weekly fundamental outlook for NOK and SEK.

Much like USDSEK, USDNOK broke through a 15-month rising support channel (parallel red lines) and is now trading around a 2-month low. Since June 19, the pair has dropped almost four percent, primarily due to a combination of a fiercely hawkish Norges Bank in contrast to a cautiously neutral Fed. The drop on June 19 marked the biggest one-day decline since August 2016. 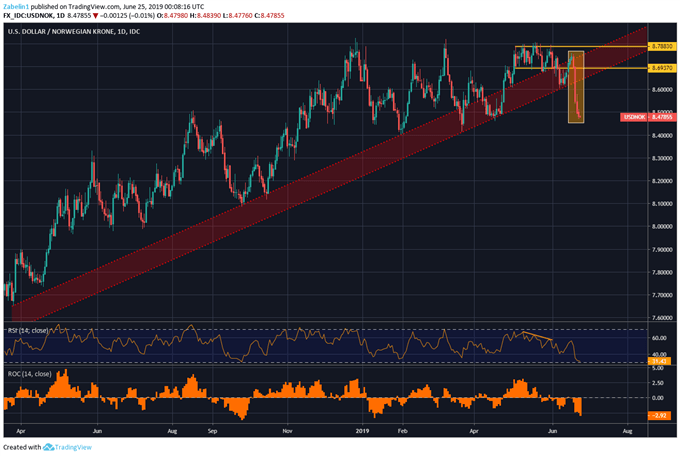 A weekly chart magnifies the severity of this major price move. Resuming the previous uptrend will be a daunting task and will be increasingly difficult as the slope becomes comparatively steeper as time passes. The pair may trade sideways for a while before resuming a broad uptrend that will likely be fueled by fundamental tailwinds potentially support for the US Dollar at the expense of the oil-linked Krone.

Since the start of the year, NOKSEK has been climbing along a rising support channel (red parallel lines) until it broke through it on May 29. The pair has modestly risen after crashing through the floor, though re-entry into the previous trendline appears highly unlikely. 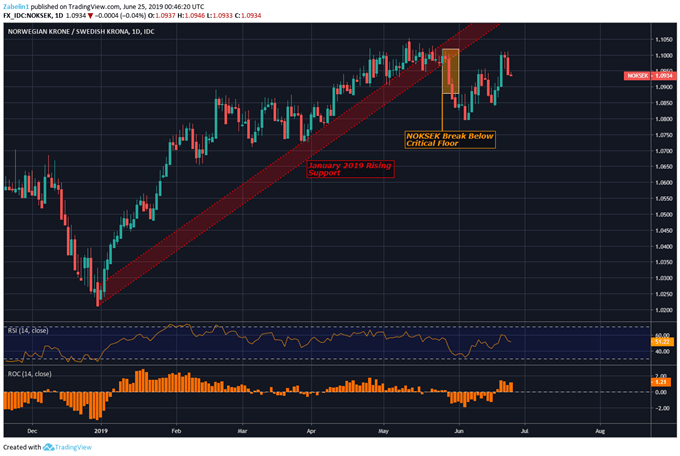 Zooming out to a monthly chart reveals that the pair appears to be forming a continuation pattern known as a Symmetrical Triangle. Given the overall downtrend preceding NOKSEK’s consolidation, the technical reading suggests that the pair could have a bearish capitulation. 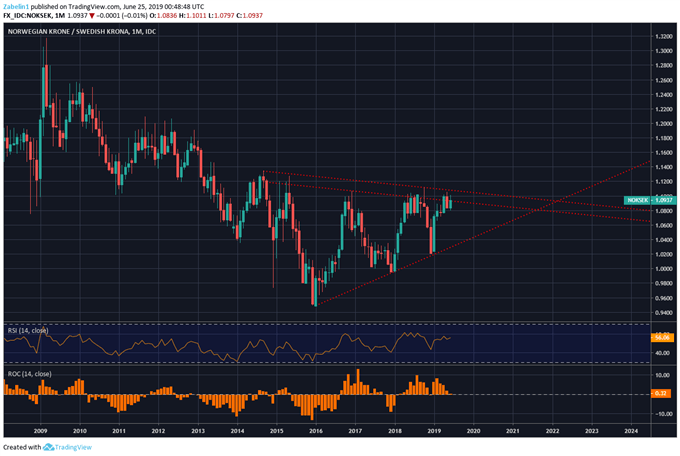 A breakout in either direction may be more telling if the pair spikes above or crashes below the price parameters (red dotted lines) before it reaches the point of intersection. There is also no guarantee that the pair will significantly move in either direction and could just continue trading sideways beyond the focal point. However, the fundamental outlook is supportive of a breakout to the downside.