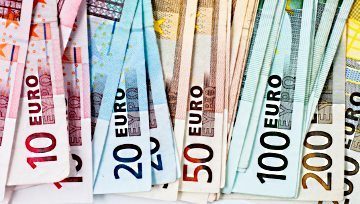 ECB President Mario Draghi takes to the spotlight with a series of speeches this week. As such, 1-week implied volatility readings on the major EUR currency pairs have unsurprisingly risen seeing that remarks from the head of the world’s largest central bank risks stirring price action in the Euro. Euro implied volatility may appear relatively low, however, which could be explained by the possibility that markets are beginning to discount commentary from the current ECB President and are instead placing more weight on remarks from potential Draghi successors. Yet, expected EUR price action threatens to climb higher if markets get a jolt from Tuesday’s ZEW Survey of Expectations.

With the June Fed meeting largely dictating EURUSD price action throughout the week, less conventional Euro currency crosses like EURJPY, EURGBP, EURCAD and EURAUD may offer unique opportunities over the short-term. Particularly interesting is spot EURAUD which is on the brink closing at its highest level since 2009 while spot EURCAD looks set to take off from its tightly-wound coil. 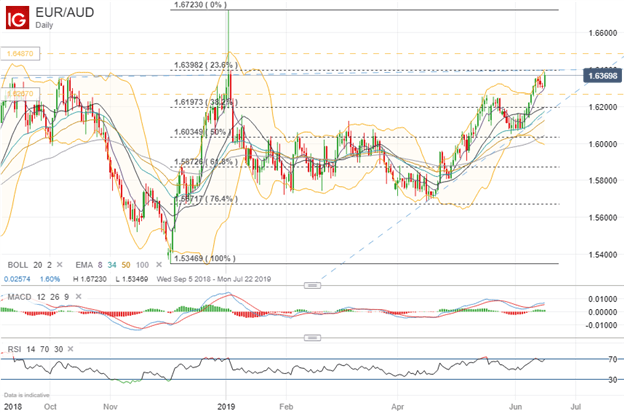 Spot EURAUD is attempting to eclipse firm resistance from the 1.6400 price level once again. This currency pair could also see a sizable response to the release of June’s RBA meeting minutes slated for Tuesday at 1:30 GMT. If EURAUD can top the 23.6% Fibonacci retracement drawn from the low printed December 2018 and January 2019 flash crash high, bulls could quickly target the upper bound of the 1-standard deviation trading range derived from the 1-week implied volatility of 4.86%. On the contrary, if EURAUD fails to continue its ascent, traders could push spot prices towards support near the 1-week implied low near 1.6250 which served as an area of resistance last month. 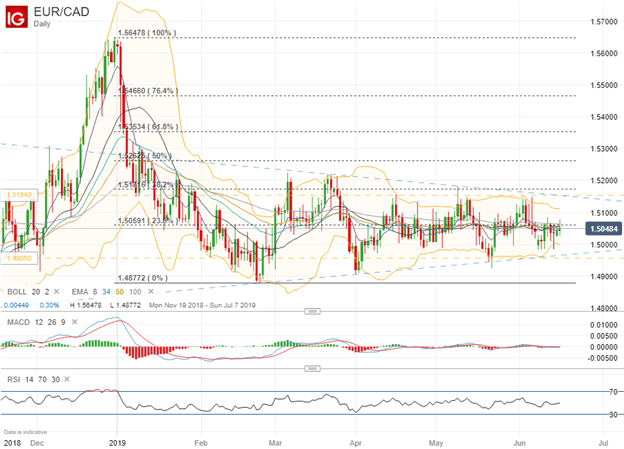 EURCAD has traded in a tight range throughout most of the year with the currency pair looking for a catalyst to spark its next move. A move to the upside could be driven by the relatively firm stance revealed at the latest ECB meeting coupling with crude oil prices sinking into another bear market. If spot EURCAD can overcome resistance posed by the 23.6% Fibonacci retracement of its year-to-date high and low, the 1.5150 price level could be eyed as a possible upside target.

This area closely aligns with the 1-week implied high calculated from an implied volatility reading of 4.79%. Looking to the downside, the 1.5 handle could serve as a psychologically-important level of support as spot EURCAD continues to form its series of higher lows. Below this price level, the 1-week implied low of 1.4955 and rising bullish trendline could provide EURCAD with a degree of buoyance.