The US Dollar is losing ground against the Philippine Peso as Fed rate cut bets sour the appeal of the Greenback. Declines in USDPHP since the middle of May has left the currency pair sitting at a key technical juncture. This is a range of support between 51.59 and 51.69 which goes back to lows achieved back in May 2018. This area was tested back in March and April, holding both times and preceding a turn higher.

If this holds true, USDPHP could be on the verge of rising, eyeing near-term resistance around 52.12. If that area is broken, keep an eye on 52.37 and then the May peak at 52.73. Otherwise, resuming losses exposes the January/February 2018 psychological level around 51.16. For timely fundamental and technical updates on ASEAN currencies, you may follow me on twitter here @ddubrovskyFX. 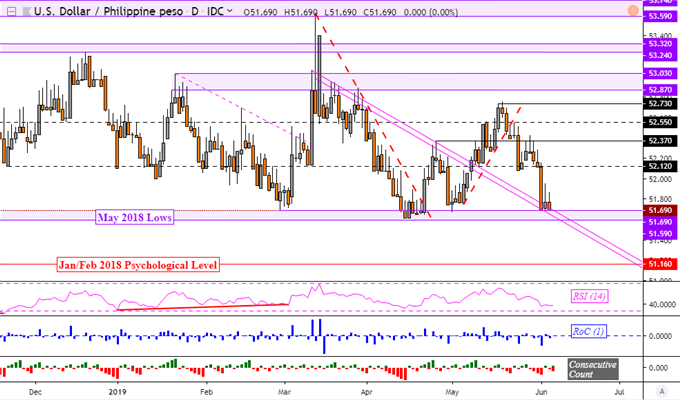 Meanwhile, USDMYR could be looking at extending declines following a Shooting Star candlestick that was followed by downside confirmation. The Malaysian Ringgit is now eyeing what could be a potential rising support line going back to March. If broken, that will expose support at 4.1448. Otherwise, near-term resistance is at 4.1855 and then 4.2000. 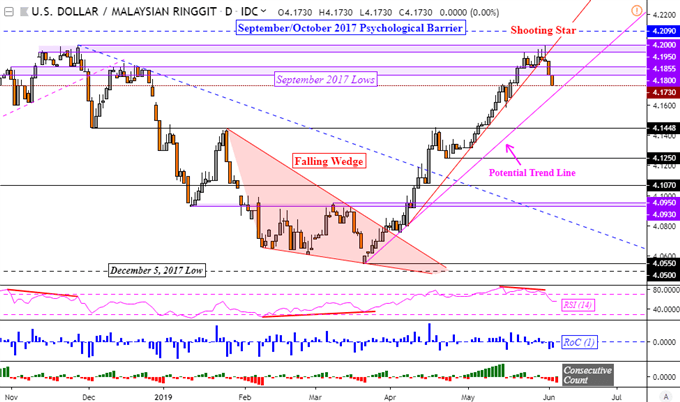 The Singapore Dollar fell under a rising support line from April, opening the door to further weakness in USDSGD. Technical confirmation overturning the dominant uptrend from March may come from clearing support at 1.3658 next. That would expose the next psychological barrier between 1.3608 and 1.3616 followed by 1.3575. 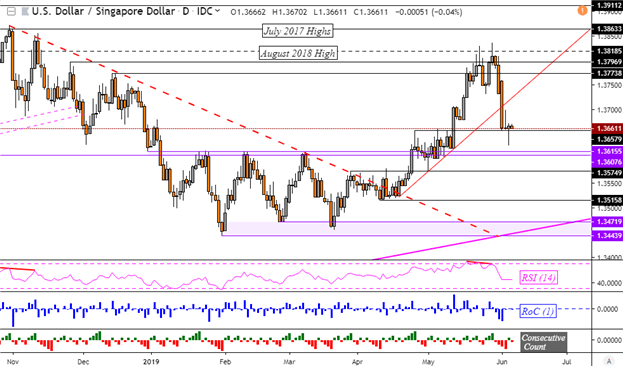 Like its other ASEAN counterparts, USDIDR has extended declines after peaking in late May around 14520. After it cleared the near-term rising support line from April, it opened the door to Indonesian Rupiah appreciation. This has left USDIDR sitting right at support at 14255, extending declines would open the door to testing 14155 ahead with near-term resistance at 14340. 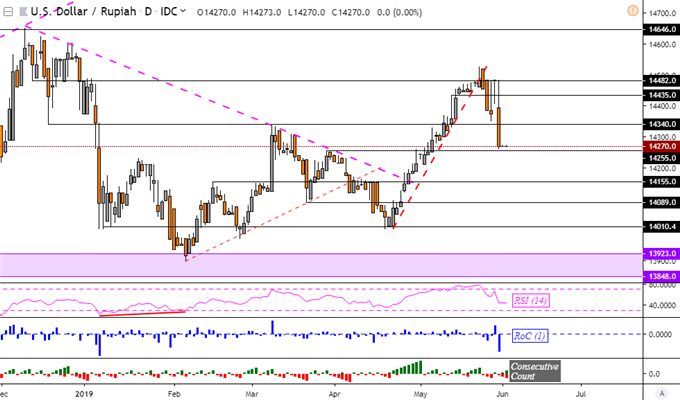