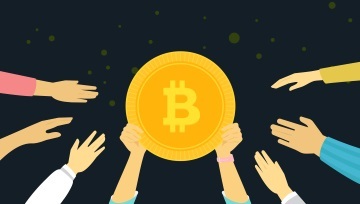 After a strong start to 2019, cryptocurrencies continued their rebound throughout May. True, the major cryptocurrencies still have market caps significantly below where they were back in December 2017, which is contributing to a ‘base effect.’ Nevertheless, Bitcoin (BTCUSD) rallied by 62.2% in May, Ripple (XRPUSD) added 43.4%, Etherium (ETHUSD) gained 66.9%, and Litecoin (LTCUSD) added 56.1%.

A quick recap: bitcoin and cryptocurrencies are not “safe haven currencies” per se, as they lack key features of being a currency in the first place, main of which is a ‘stable store of value.’ But if you’re not using bitcoin and other cryptocurrencies as ‘stores of value,’ then, given the electronic nature of the globalized economy in 2019, the cryptocurrency market, coins and tokens can all be used as intermediaries to move capital beyond the reach of governmental agencies.

Over the past six months, the correlation between the Turkish Lira (USDTRY) and Bitcoin (BTCUSD) has been very significant at 0.865. Even the three-month correlation remains strong at 0.77. But that relationship seemingly weakened in recent weeks: the one-month correlation has been a surprising -0.53. 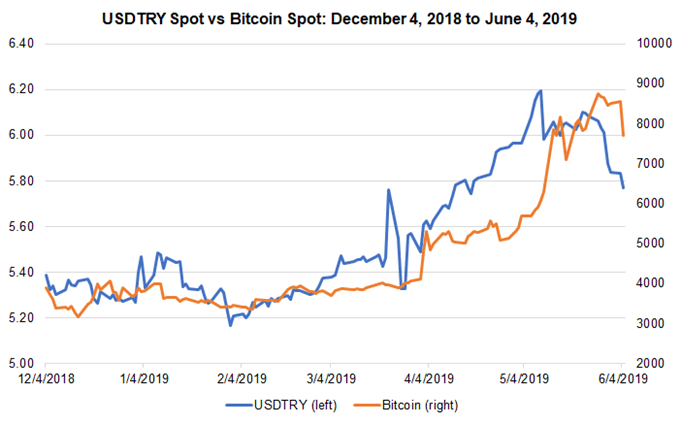 So, while for most of 2019, while we’ve witnessed Bitcoin prices and the Turkish Lira have traded in a diametrically opposing fashion, this has not been the case of recent. But that doesn’t mean that the relationship between EM FX and cryptocurrency markets has changed in a material way; instead, Bitcoin, Ripple, Etherium, and Litecoin are looking to the world’s second largest economy for clues. 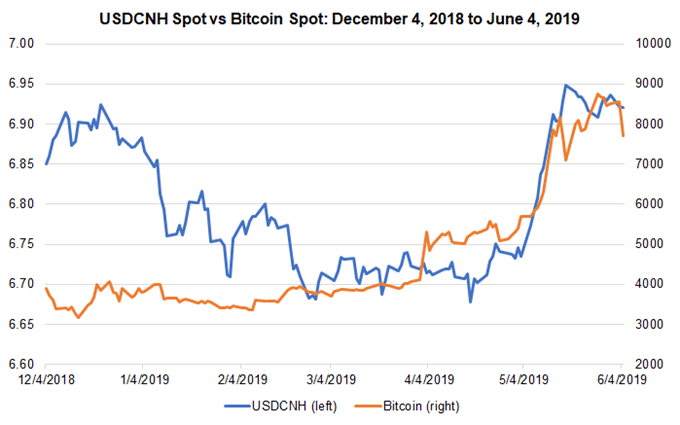 The relationship between the Chinese Yuan (USDCNH) and Bitcoin (BTCUSD) has been much less significant than that between USDTRY and BTCUSD over the past six months; the former’s six-month correlation is 0.42 while the latter’s is 0.86.

There is still no good reason to think that the strategy perspective initiated in early-April 2019 has been invalidated yet: what’s bad for EM FX – like the Chinese Yuan and Turkish Lira – is good for cryptocurrencies – like Bitcoin – in general. It still holds, then, if Bitcoin prices and the cryptocurrency market are going to continue their 2019 rally, the best bet may be for the US-China trade war to worsen or for Turkish credit risk to continue to rise.