The US Dollar continues to gain ground against the Indonesian Rupiah following the break above the falling resistance line from December. As anticipated, the Greenback’s behavior against most of its ASEAN counterparts has been driven by fundamental themes like US-China trade war fears. After bottoming in the middle of April, USD/IDR is now up over 3 percent.

Since then, the pair has passed through key psychological resistance barriers at 14255 and then 14340. This exposes 14646, with the pair’s uptrend being supported by a near-term rising trend line from 14010 on the chart below (red line). Given confirmation, a break under said line would open the door to a reversal. You may feel free to follow me on Twitter @ddubrovskyFXfor timely updates on ASEAN currencies. 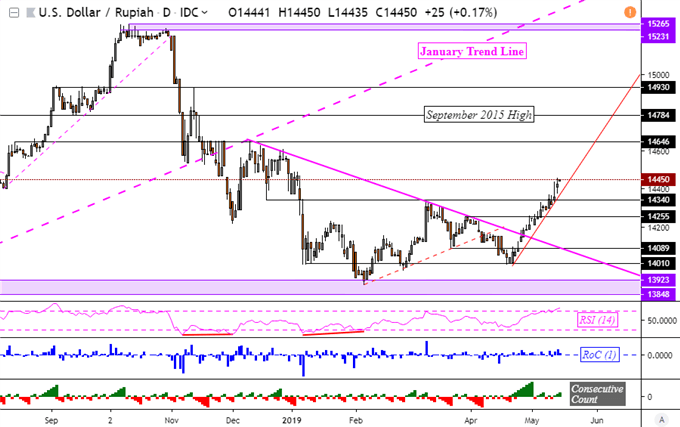 More impressive performance in the US Dollar can be seen when comparing it to the Malaysian Ringgit. On the next chart below, USD/MYR has aggressively accelerated its uptrend since March. It was initiated and anticipated following the formation of a bullish Falling Wedge reversal pattern. Since then, the pair has climbed almost 3 percent.

In the USD/MYR uptrend, key resistance was taken out at 4.1448 and confirmation, via further closes to the upside. This also overturned bearish technical warning signs noted last week. With that in mind, USD/MYR is approaching an important range of resistance between 4.1800 and 4.1855. This barrier is standing in-between the pair and 2018 highs. Keep an eye on the rising support line from April (red line below) for downside risks. 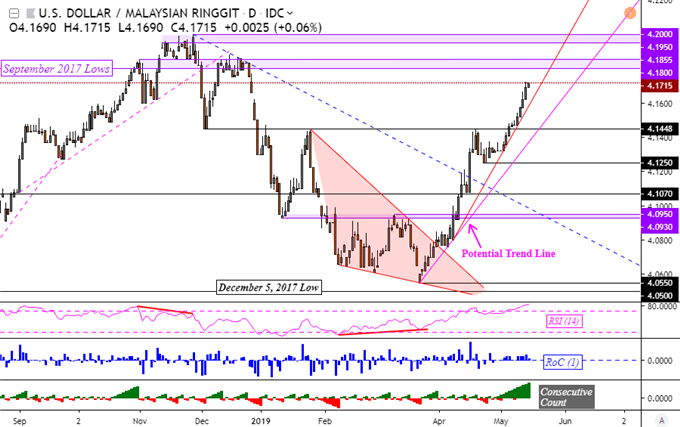 The Singapore Dollar has also succumbed to selling pressure against its US counterparts, with USD/SGD having recently pushed above the ceiling of a rising channel. Upside momentum in USD/SGD also continues after clearing the falling trend line from November on the chart below (red-dashed line). With 1.3658 and now what appears to be 1.3686 behind us, this has exposed a range of key resistance between 1.3749 and 1.3774. Otherwise, a downside risk in the medium-term could be a retest of rising channel support (lower blue line). 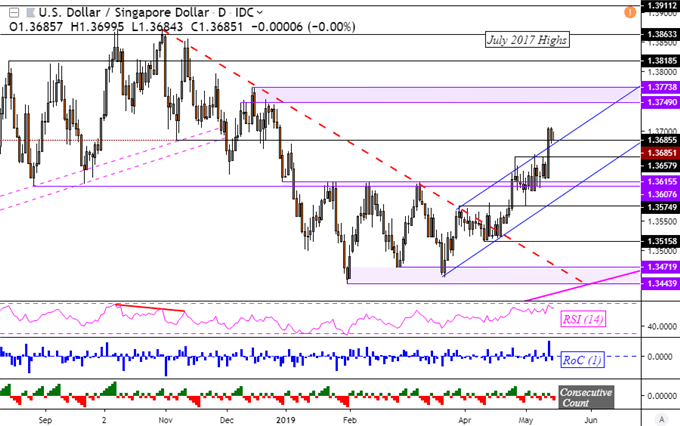 The Philippine Peso has also lost ground against the US Dollar, with USD/PHP having recently cleared the falling range of resistance from March. The pair is being guided higher by a near-term rising support line from early May (red line below). Near-term support beyond that appears to be at 52.12. Otherwise, extending the near-term uptrend has 52.37 eyed as resistance followed by 52.55. 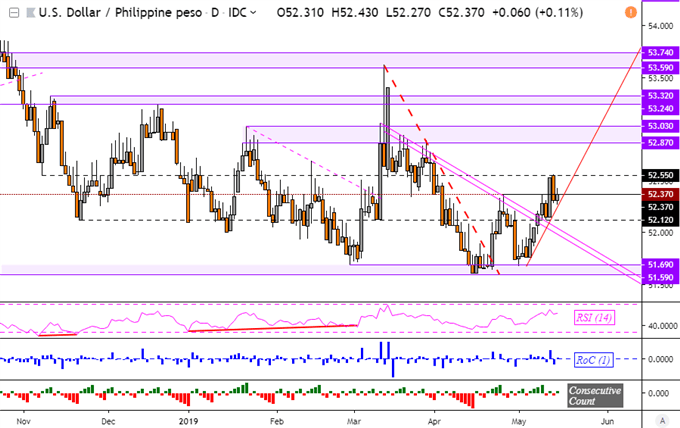 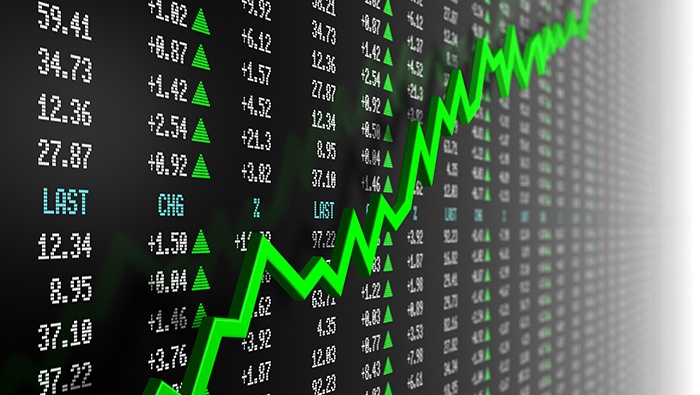