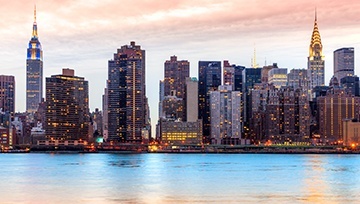 - US equities continue to trade close to six-month lows, with the Dow Jones Industrial Average receiving a bit of support off of the 78.6% retracement of this year’s bullish move and the June swing-low. While equities came into the month of December clinging on to a recovery bounce, sellers showed that they weren’t yet done, and prices have pushed back below the 25k psychological level on the index.

- Next week’s economic calendar brings a big event to markets with the December FOMC rate decision. The bank is widely-expected to hike rates, but the bigger question is how aggressive the bank might look to be in 2019 and 2020. A softer stance at the Fed, or more concern for the rise of global risks could help bring bulls back into the fray for a ‘Santa rally’ into year-end.

The fourth quarter of this year has been a stark change-of-pace in US equities. While all of the Dow, S&P 500 and Nasdaq were surging-higher through Q3 to fresh all-time-highs, October brought a far different backdrop as sell-offs began to show. In short order, the Dow had given back the entirety of last quarter’s gain, and even today, the June swing-low is helping to hold support in the index.

This transition from strength to pessimism has been driven by several issues: The budget stand-off between Italy and the European Commission, a messier backdrop around Brexit with a very uncertain path forward, FOMC rate policy and trade wars have all had some level of impact on the risk trade. Of recent, the latter two of those risks have come into further view as a bit of softening has shown in the speech of FOMC Chair, Jerome Powell. The big question is whether this can last into next week’s FOMC rate decision where the bank is widely-expected to hike rates for the fourth time this year.

The pivot in US stocks appeared around October 3rd, which is right around the time that Mr. Powell remarked that the US was ‘a long way’ from the neutral rate. This implied, or at least was heavily inferred to mean that the Fed was taking a hawkish view into 2019. But, about seven weeks later when speaking on the same topic, Chair Powell said that the US was ‘just under’ the neutral rate; inferred to mean a softer stance at the Fed as various risks have cropped-up in the global backdrop. This helped to bring a spate of strength to equity prices; but even that was unable to hold as sellers came back just a week later.

Next Wednesday is when the rubber meets the road: The Fed is widely-expected to announce a fourth rate hike for this year, but the bigger question is just how aggressive the bank might look to be with rate hikes in 2019 and 2020. As the December FOMC rate decision looms on the economic calendar for next Wednesday, buyers are grasping at support in the index, as can be seen on the below chart. The 78.6% retracement of this year’s bullish move is helping to hold the low around 23,936, and a bit of support appears to be showing on the trend-line projection connecting the October and November swing lows (shown in blue below).

For bullish strategies on the index, the psychological level of 25,000 remains of interest, and this is confluent with the 50% marker of the 2018 bullish move sitting just 36 points higher. For traders looking to get back on the long side of the Dow ahead of year-end, whether in anticipation of a ‘Santa rally’ or a FOMC inspired move-higher, a sustained break above this level will make the backdrop look considerably more attractive.

On the short-side of the index, there may still be more attractive options for similar strategies. I’ve been following the DAX for the past few months as a bearish equity play, and that theme has continued to run into this week with fresh 18-month lows. With the European Central Bank announcing an end to bond purchases as part of their QE program amidst a backdrop of slowing growth and increased political volatility, the index may be in for a rough backdrop should the global risk trade remain in question as we’ve seen throughout Q4 thus far.