The Singapore Dollar gained ground against its US counterpart over recent days as anticipated. Fading upside momentum warned that USD/SGD’s next move could have been lower and indeed that was the case. The pair descended through a near-term rising support line from September. However, the Singapore Dollar appears to be caught right on a horizontal range of support between 1.37289 and 1.37451. A descent through that exposes a rising support channel from June which is keeping the dominant uptrend intact. 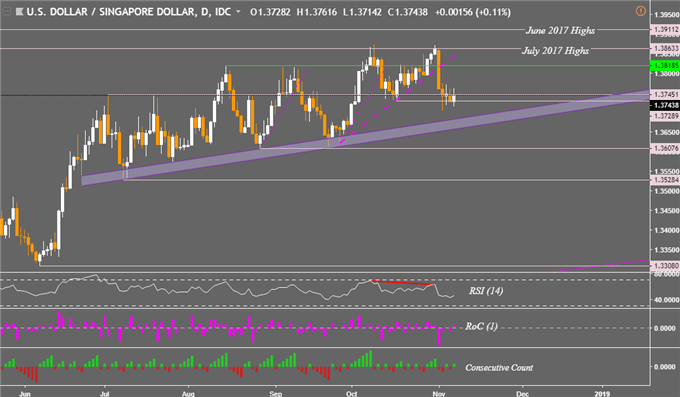 After a break under the rising trend line from May which was then accompanied with further confirmation, USD/PHP overturned its dominant uptrend. The Philippine Peso may continue gaining ground against the US Dollar and near-term support is eyed around 52.80 which is the August low. A descent through that then exposes former horizontal resistance at 52.50 (which held earlier this year). There is positive RSI divergence which signals downside momentum is ebbing. Near-term resistance seems to be at 53.24. 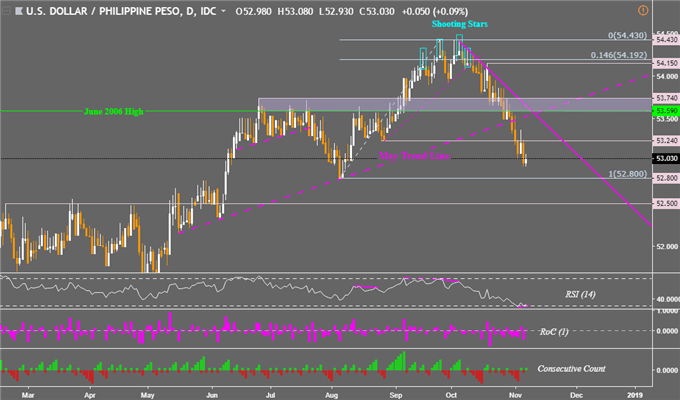 Following a couple of bearish reversal warning signs in USD/IDR, the Indonesian Rupiah clocked in its best performance against the US Dollar on a weekly basis in over two years. The pair tumbled through numerous support barriers including a rising trend line from August and 14,930. USD/IDR now sits right on the June 2006 high which is also closely aligned with a rising support line from July. While the pair is in a near-term downtrend, the dominant uptrend remains intact via the rising line from January on the chart below. 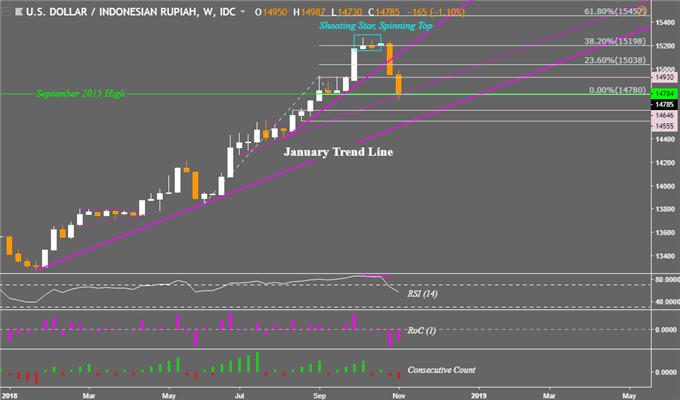 The Malaysian Ringgit also appreciated against the US Dollar in recent days after a false breakout above the September 2017 lows around 4.18. However, USD/MYR remains supported by a rising trend line from September of this year. As such, the dominant uptrend still remains intact. A descent through it exposes former resistance around 4.1475 before facing the September 24th low at 4.1270 next. A push above the current 2018 high at 4.1855 would open the door to uptrend resumption. 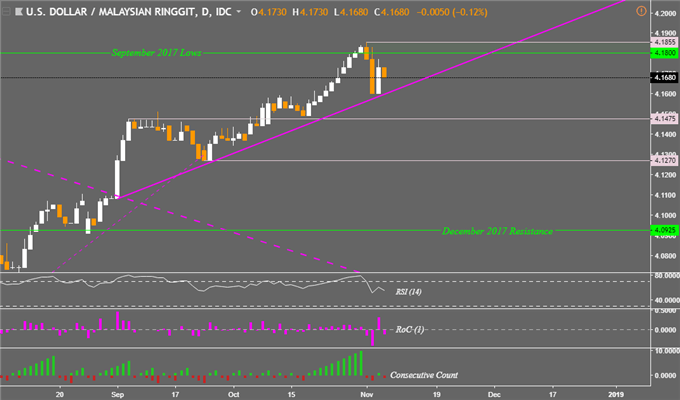