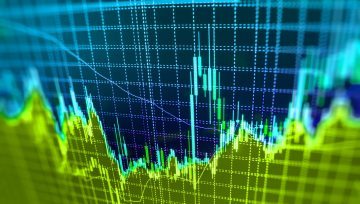 Gold is a market we continue to watch but avoid getting involved with; this will remain the case until it moves outside of the choppy environment dominating trade. Crude oil reversed off long-term resistance last week and could now be working on posting a lower high since then. The DAX had a powerful reversal yesterday from around support, while the S&P 500 reversed on Monday from its own levels of support; tilts near-term higher for these indices.

Gold price stuck in a range, need to be patient

Gold continues to be a difficult proposition with it having had little to no direction since August. This doesn’t mean we can fall asleep, but pressing it on either side of the tape at this time appears to be nothing more than speculation without a solid edge. Watch 1180 on the downside (close by) and the April trend-line and 1215 on the top-side.

Last week, crude oil turned down from lows created in 2011 and right around the 2008 trend-line. The weekly reversal bar created wasn’t super powerful, but enough to suggest momentum could turn bearish from here.

A lower higher from last week’s peak may be on the verge of being cemented here shortly. If this turns out to be the case, then a drop back to the trend-line from mid-August looks to be in the cards; this line currently arrives around the 72-mark.

The DAX was down big at one point yesterday, taking out a couple of lines of support nearing the March lows before reversing sharply higher. The stronger key-reversal is seen as keeping a floor in the market for now. Today we are seeing a minor reversal so far off yesterday’s afternoon surge. A higher low from yesterday’s low within the context of a key-reversal day could make for a bullish set-up. A break of Tuesday’s low at 11803 negates a bullish outlook. Given how strong the turnabout was a test of the 12100-area could be in store.

On Monday, the S&P traded down into confluence of support consisting of lows from a month-ago and the trend-line from April. The reversal to start the week has the market geared up for higher prices in the near-term. A violation of Monday’s low will negate this bias. A scenario which could come into play involves a small rally turning into the right shoulder of a head-and-shoulders pattern going back to late August. Just a possible scenario for now, running with strength at the moment. 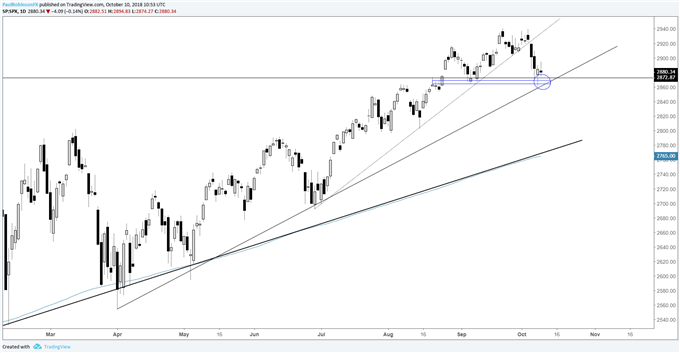