- The Dow Jones Industrial Average set a fresh seven-month high this week, helped in-part by a weak US Dollar that started to test a long-term area of support. A pullback has started to appear off of those fresh seven-month highs as reports are circulating that President Trump gave the go-ahead to his aides to proceed with the $200b in additional tariffs on Chinese products. The big question is whether this pullback turns into something more, or whether buyers can hold the lows in a nearby zone of support potential.

- Even if support above 26k is violated, there are two additional areas of interest for bullish continuation taken from swings that showed in the month of August.

The Dow Jones Industrial Average has continued its topside run as the index has moved up to fresh seven-month highs. This comes after the week started with a test below near-term support, as we looked at on Tuesday. Prices dipped below 25,800, albeit temporarily, before buyers came back to regain control while driving up to those fresh post-January highs.

Taking a step back, we can see where that support hold last week took place around the 76.4% retracement of the January-February sell-off in the index. This level had also helped to set swing-high resistance in late-August, so we have another example of prior resistance helping to hold new support in this theme of bullish continuation.

Given the earlier-week test through support, we had looked at a more conservative stance in the index in our last article on Tuesday. While we had previously looked to utilize support around 25,886 for topside plays, we cast those looks for longer-term support a bit deeper on the chart. Those did not come into play, as buyers grasped control and have continued to push into early-Friday trade.

We have, however, seen prices begin to pullback as reports have begun to circulate that President Trump is ordering aides to proceed ahead with tariffs on $200 billion in Chinese products. The pullback is mild at this early stage of the scenario, but this could produce a deeper retracement to open the door for approaches of bullish continuation.

At this point, traders can base those support plays on how aggressively they’d like to move forward on the Dow. For those that want to retain an aggressive stance for bullish continuation, the zone that we’ve begun to test could be of value. This zone runs from a zone of prior swing-lows/highs, and comprises the area from 26,038-26,081. Given how sloppy price action was leading into this week, traders would likely want to wait for a confirmed hold of this support into next week’s open before acting; but it can remain as usable.

A bit deeper, we’ve adjusted our next-stop support level on the basis of that earlier-week dip. This can open the door for support around the 25,750 area that helped to hold the lows on Tuesday; and a bit deeper, that potential support around 25,500 remains. If we break below that, we’re likely in the midst of some ‘new’ theme or scenario, and traders would likely want to take a step back from the bullish continuation approach, at least temporarily, until a more clear backdrop can be had. 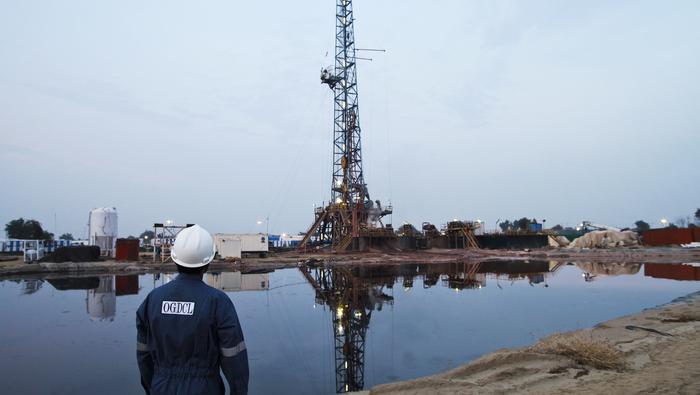