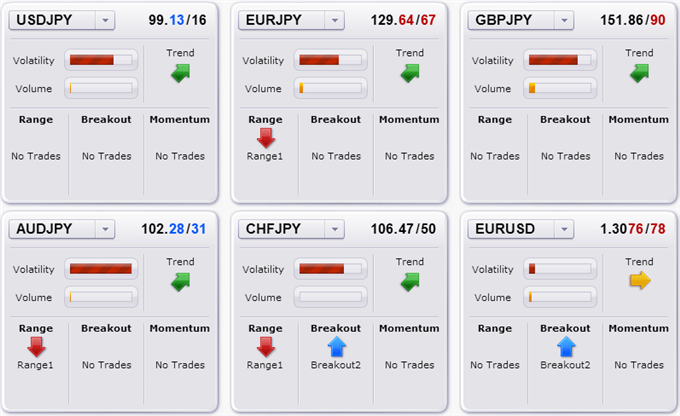 Trade Update: Positioning for US Dollar and Japanese Yen Breakdowns

Article summary: Sharp swings in US Dollar and Japanese Yen pairs have made for difficult trading conditions, but we believe our sentiment-based strategies may do well selling USD and JPY losses.

It’s been a challenging week for our sentiment-based trading strategies, as pronounced choppiness in the Japanese Yen and US Dollar currency pairs have forced modest losses in key trades.

Yesterday we wrote that our trading strategies stopped and reversed on the US Dollar and Japanese Yen as it seemed both currencies were in the midst of a larger comeback against the Euro and other counterparts. Yet the JPY is back on its heels as the USDJPY makes a run at the critical ¥100 mark.

Our systems are now mostly flat the Japanese Yen on the sharp reversal in price action:

Our purely sentiment-based Momentum2 has proven particularly susceptible to price choppiness as it has gone both long and short the JPY and USD through the past week of price action. Our volatility-friendly Breakout2 system has proven slower to react to various price swings—it typically uses tighter stop-losses and is less likely to stop and reverse within short periods of time.

On Monday we wrote that we likewise liked Breakout2 trades on the Japanese Yen pairs as well as the Euro/Australian Dollar. We still like breakout trading on the JPY as volatility expectations have surged. Past performance is NOT indicative of future results, but breakout trading often works well when our “Volatility Percentiles” are above 75% in a given currency pair.

See the table below for an updated breakdown of volatility and trading biases: 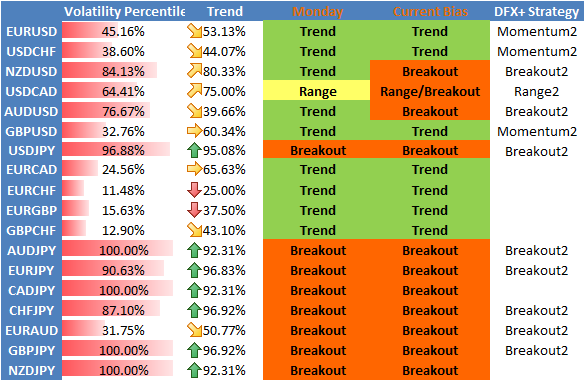 There are key levels to watch on Japanese Yen pairs as well as the Euro/US Dollar. See our charts below for important support and resistance levels that could determine the next steps in these important currency pairs: 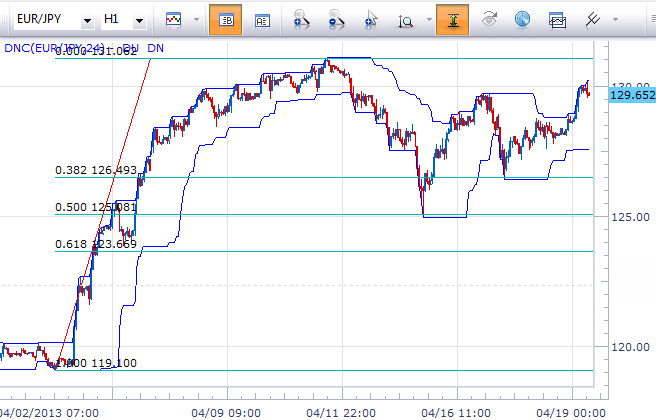 Euro/Japanese Yen: The pair hit fresh multi-year highs just two weeks ago but has since found key support at the 50% Fibonacci retracement of the April rally at ¥125. That becomes critical support and the level at which we would change our currently bullish bias. Price resistance is now the multi-year high of ¥131.

Breakout2 is currently flat, but we’ll likely take its next long position. 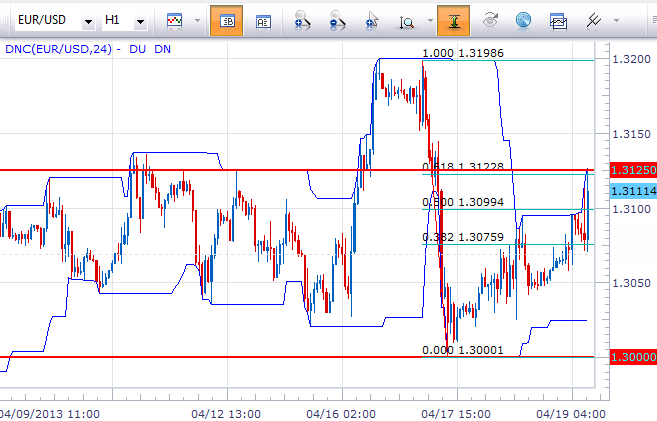 Euro/US Dollar: A break above important resistance at $1.3100 helps confirm the Euro’s reversal higher, but the pair has subsequently stalled at a key 61.8% Fibonacci retracement of the past week’s decline at $1.3125.

Breakout2 has already taken a long position on the pair, though it’s important to note that relative volatility expectations are somewhat low for the EURUSD. We prefer watching for the nextMomentum2 long position in said pair.Price resistance is at $1.3200, while resistance-turned-support stands at $1.3100 and the psychologically significant $1.3000 mark. 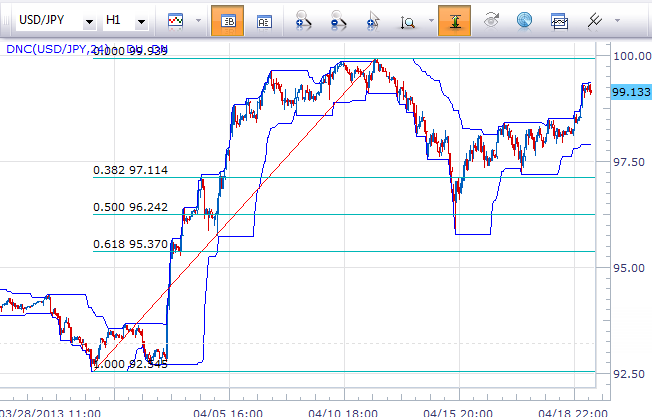 US Dollar/Japanese Yen: After stopping us out and reversing direction, the Japanese Yen is once again falling sharply (USDJPY rallying) towards significant lows at ¥100 (USDJPY highs). The psychologically critical level is obvious price resistance, and the fact that there’s little in the way of said price level makes a test likely in the coming trading sessions.

Support stands at the 38.2% Fibonacci retracement of the April rally at ¥97.10, which likewise coincides with a key reaction low. Our bullish bias would change if the pair breaks below the 61.8% retracement of the same move at ¥95.40. We’ll look to the next Momentum2 and Breakout2 long trades in the USDJPY.

Wrapping things up: Recent price action has made for challenging trading, but we can’t expect strategies will continue racking up the massive gains that they had achieved last week. We still like Breakout2 trading across key pairs, though sharp gains in volatility will reduce our leverage on said trades. Much the same can be said for Momentum2 trades for the US Dollar.