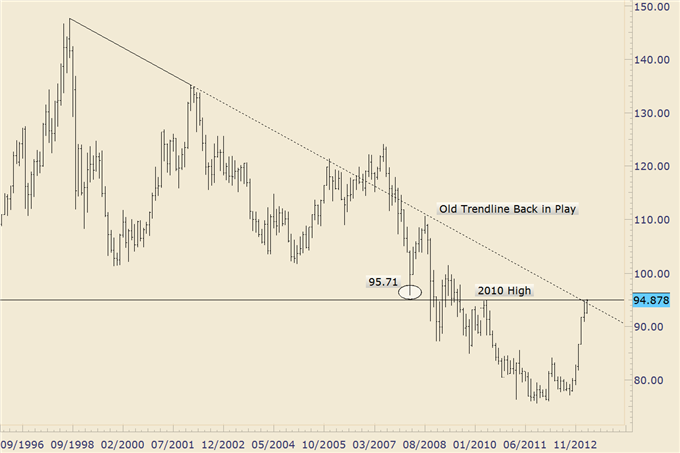 The USDJPY just spiked into the well-publicized 95.00 figure. The level is also represented by the 2010 high (94.98) and the former trendline that extends off of the 1998, 2002, and 2005 highs. The line was broken in 2006, but only temporarily. The USDJPY topped in 2007 (which serves as the end of a 12 year triangle) and the downtrend accelerated in January 2008, once price was back below the line. The line nearly came into play again as resistance at the 2008 top. We’re there again.

RSI is below 70, which is the only time that I’ll pay attention to ‘divergence’, and nearing its own resistance line. The momentum profile is weak as long as RSI is below 70 (based on daily closing prices).

It’s better to have evidence (key reversal, pivot high of at least 2 days strength, impulse in opposite direction intraday, etc.) of a turn (in this case a top) before taking action…for risk management purposes. At this point, we have identified a level that could be significant resistance. I don’t think it will but the USDJPY could blow right through the level too. NFP, which tends to inspire emotional market moves, is tomorrow. Why risk a spike into or through 95.60/85 with shorts at the current level? It wouldn’t be the first time that NFP produced a spike that proved terminal for a much larger move. Take into account the Nikkei 225, which is nearing its own resistance level. There is the potential for an exhastion high early next week (determined by other technical methods). I’ll cover intraday opportunities tomorrow via Twitter @JamieSaettele. Swing and position ideas are always covered in the Daily Technicals. 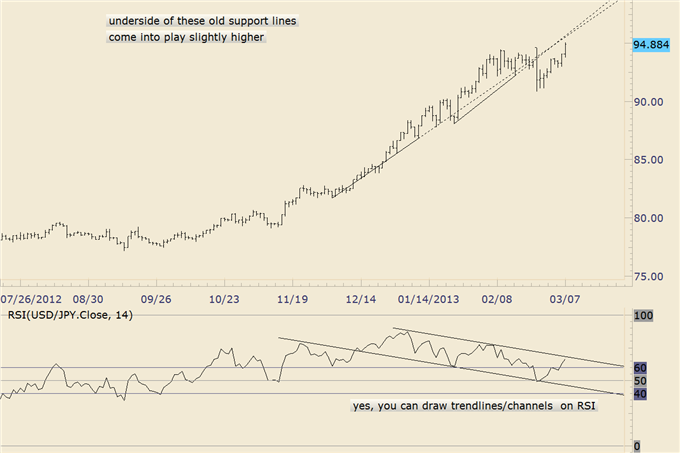 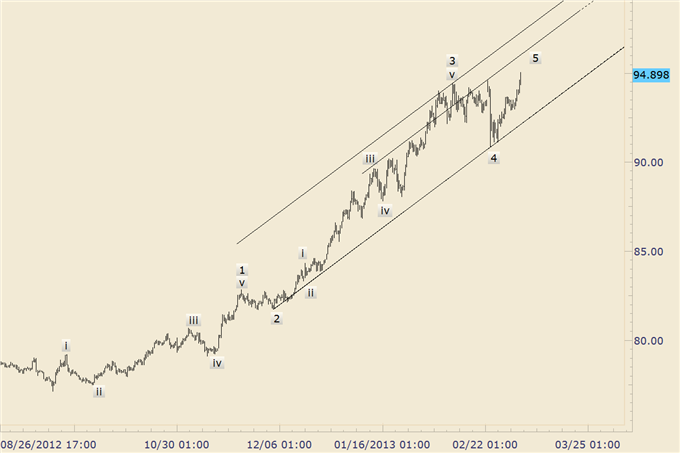 Jamie is the author of Sentiment in the ForexMarket.