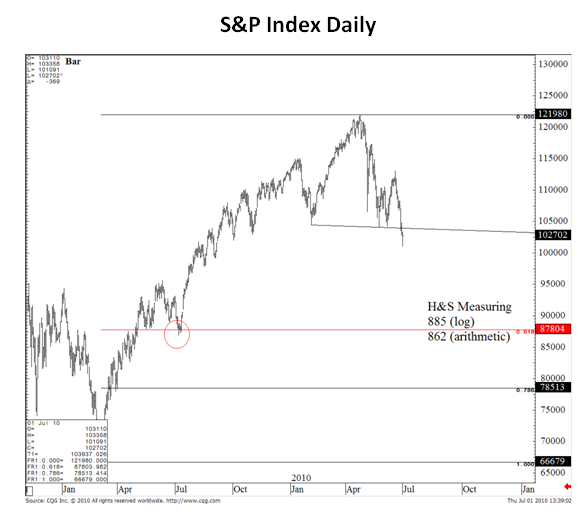 Downside Targets and a Top in Gold

The S&P index (as well as DJIA and Nasdaq) completed a 2nd wave retracement at the June high. Wave counts across a broad spectrum of markets, including crude and the FTSE 100, support this labeling as preferred. The decline from the 6/21 high is a 3rd wave. 3rd waves produce the greatest (or most negative in this case) rates of change and tend to relate to 1st waves by a Fibonacci multiple (1.618, 2.618, 4.235, etc.). The 161.8% extension is 875 (see head and shoulders measurements, 61.8% retracement and July 2009 low). A small 2nd wave could produce a sharp advance over the next several days back to 1050 or even 1080 before the 3rd of 3rd wave ‘crash’. Timing the low at this point is more difficult (we’ll have a decent idea when the low is forming) but a 20 day cycle may be dominant. The decline to the may low lasted 21 days and the rally to the June high lasted 19 days. 20 trading days from the June high estimates a low on July 20th. 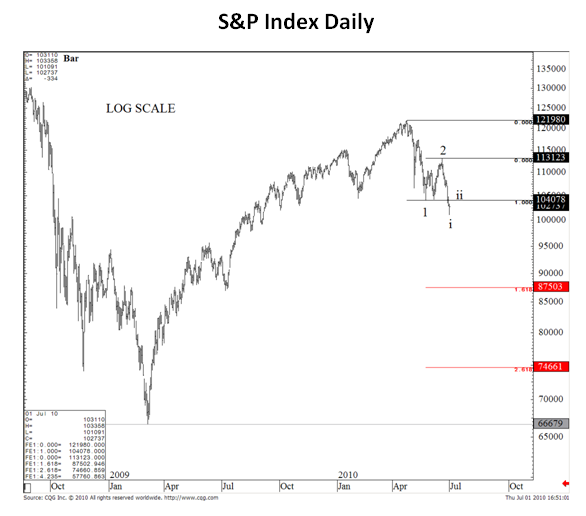 Focus in the Daily Technicals this week has been on the EURUSD moving higher in a c wave towards 12675-12765. Today’s rally brings us closer to completion of wave c. Corrective channeling intersects 12675 on 7/6 and 12765 on 7/13. A daily close above the corrective channel would indicate that a larger correction, perhaps to 13150-13270, is underway. 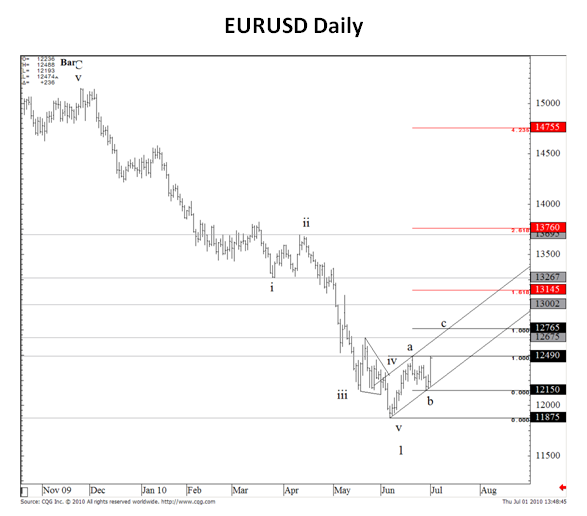 Keep the longer term EURUSD wave structure in mind. The larger trend is down and this 2nd wave rally (whether to 12700ish or above 13000) will present the next longer term shorting opportunity. 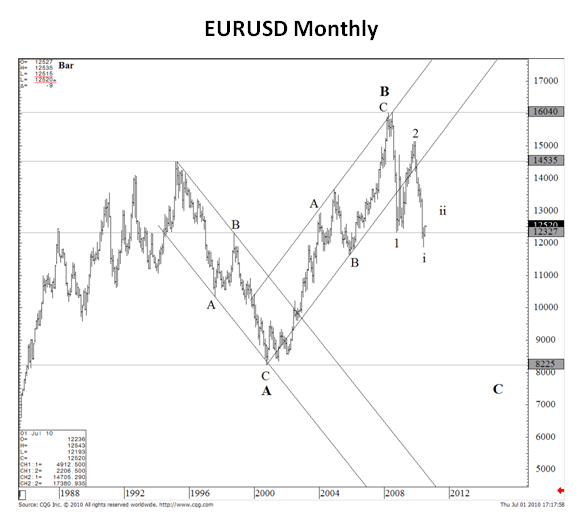 The AUDUSD has been of particular interest to me in recent months as volatility has produced structural clarity. Regardless of whether or not the decline to 8060 is an A wave or 1st wave, the larger trend is down. An initial objective is 7600, which is the 100% extension of 9395-8060. Resistance over the next day is 8490-8510. Trading above there would shift focus to 8590-8650. I am following an intraday pattern that will help in pinpointing the next short term top. I always comment on short term developments through the DailyFX Forex Stream. 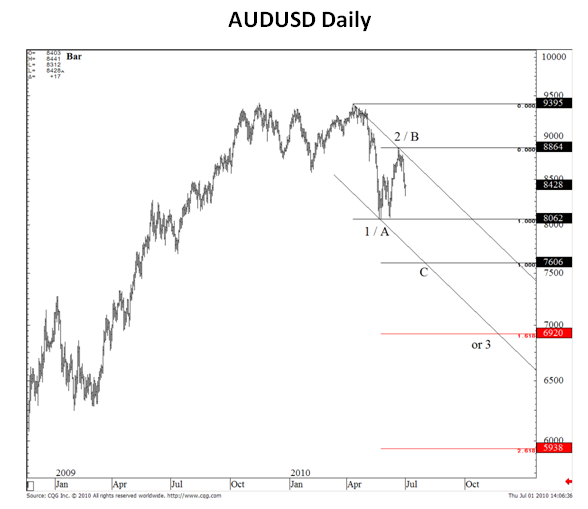 The crude top was identified several weeks ago. Now, it appears that gold has also topped. The metal has broken below its Elliott channel (5th wave), which makes it probable that an important top is in place. The next support would be the former 4th wave extreme of one less degree at 1168. 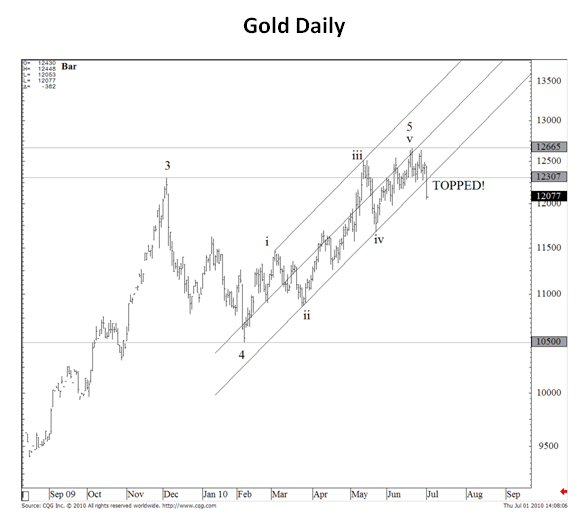 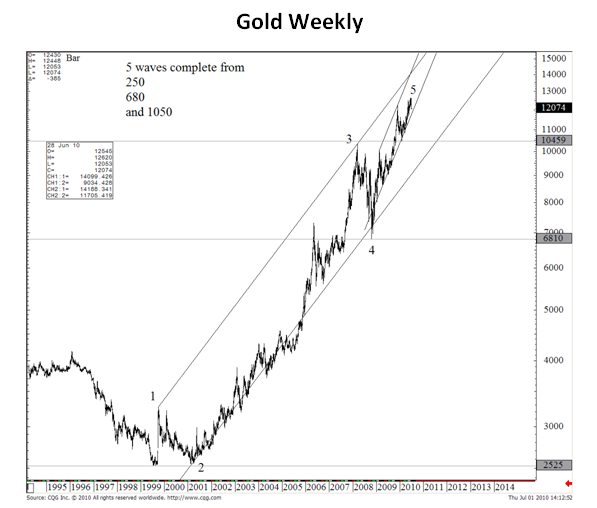 Jamie Saettele publishes Daily Technicals every weekday morning, COT analysis (published Monday evenings), technical analysis of currency crosses on Wednesday and Friday (Euro and Yen crosses), and intraday trading strategy as market action dictates at the DailyFX Forum. He is the author of Sentiment in the Forex Market. Follow his intraday market commentary and trades at DailyFX Forex Stream. Send requests to receive his reports via email to jsaettele@dailyfx.com.