After yesterday’s trade which saw the US Dollar slight across the board, the Dow Jones FXCM Dollar Index (Ticker: USDOLLAR) is struggling to rebound off of its lowest level since June 26, as nervous market participants await Federal Reserve Chairman Ben Bernanke’s testimony this morning in Washington DC. Notably, among the majors, the British Pound has arrived as top performer, with the GBPUSD surging above $1.5200 earlier, as the Bank of England released the first meeting Minutes under newly-minted Governor Mark Carney.

As opposed to the July 4 policy meeting that produced a massive Sterling selloff, the reaction to the Minutes’ release today stands in dramatically contrasting position. Indeed, whereas the inclusion of a policy statement and ensuing shift to include forward guidance as part of its monetary policy produced dovish speculation, the Minutes today showed that policymakers have unified behind Governor Carney, with 9-0 votes on both the Asset Purchase Target (currently £375B) and the main interest rate (0.50% since March 2009).

Accordingly, with the BoE in wait-and-see mode – policymakers suggested that policy remains “appropriate” as hopes for economic recovery later in 2013 take hold – the British Pound has enjoyed a shot in the arm of relief. Depending on what ‘hat’ the Fed chairman wears to his testimony today – the one from May 22 and June 19, or the one from July 10 – the GBPUSD could see its gains diminished or amplified. 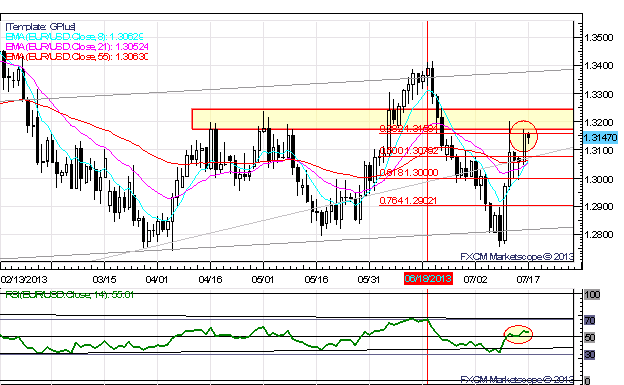 EURUSD: Yesterday I said that “with back-to-back Hammers on the daily chart amid price recovering the 50% retracement of the July low/high, it appears that a retest of the critical 1.3175/245 zone may be necessary before another dip.” This zone has been approached but not yet broken, indicating that that “short-term price action is thus biased lower unless $1.3200/10 is breached.” Overall, a [weekly] close below 1.2800 tentatively triggers the broader H&S pattern, whose measured move points to a return to the June 2010 lows near 1.1875. A break of 1.3175/245 puts 1.3300 and 1.3400/20 in focus. 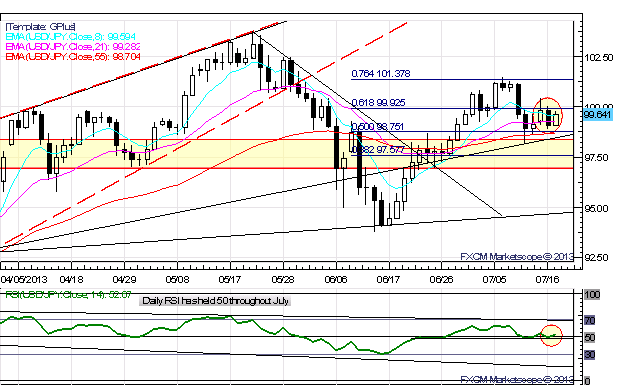 USDJPY: No change as prices have ranged the past five days: “The rejection of the 76.4% Fib retracement at ¥101.35/40 (May high to June low) is only a near-term setback, as the break off of the late-May to mid-June correction in the pair completed the last week of June. …longs preferred into early next week. Indeed, the 50% retracement of the June low to July high at 98.75 held as support and the pair has already bounced higher; a run at 102.00 shouldn’t be ruled out this week. A daily close below 98.75 negates this bias; a move to 97.00 would be anticipated on a reversal lower.” 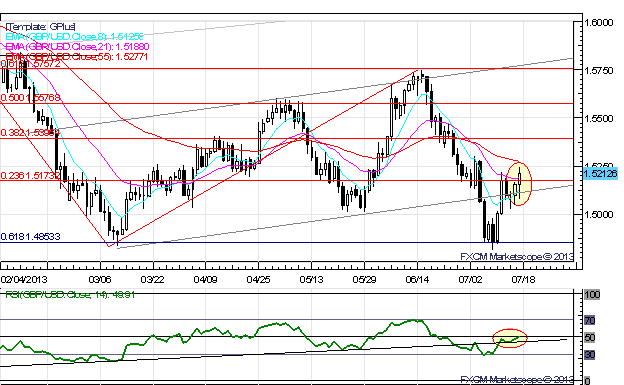 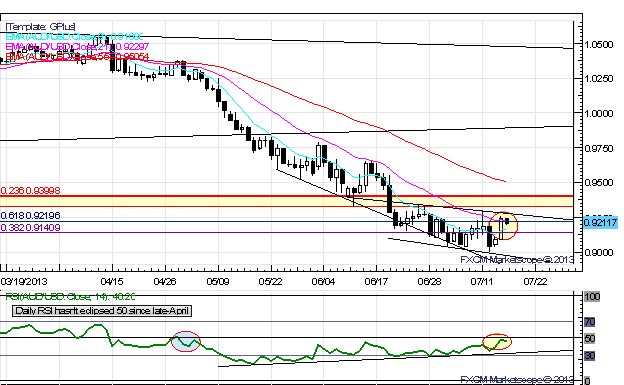 AUDUSD: No change: “Despite chopping around and through said level, the AUDUSD has more or less held the 38.2% Fibonacci retracement off the 2008 low to the 2011 high at $0.9141. While fundamentally I am long-term bearish, it is worth noting that the most readily available data shows COT positioning remains extremely short Aussie...A Bullish Broadening Wedge may be forming at the lows as a base; 0.9750/75 would be the target on a close above 0.9415.” 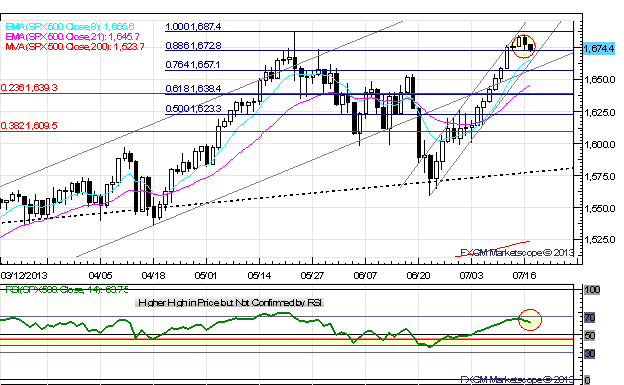 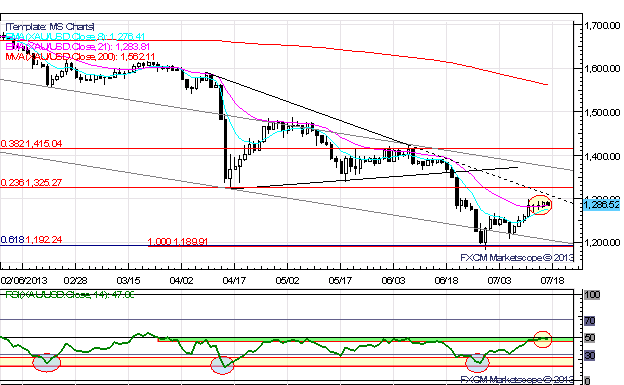