US Dollar Retreats Ahead of Bernanke; USD/JPY Set to Break ¥100

The USDJPY imploded overnight, slipping by over one percent and testing prices under ¥100.00, as the continued streak of improved Japanese data has investors reconsidering their stance on the Bank of Japan. Volatility in the USDJPY couldn’t be more appropriate, given what’s due ahead on the economic docket into the end of the week.

Later today, the Fed’s June 18 to 19 meeting Minutes will be released, which will only be market moving insofar as there is a vocal minority apparent – one that seeks to extend QE3 or one that seeks to taper immediately. While the Minutes would normally garner more attention, the big Fed event on the day is Chairman Bernanke’s speech in Boston on economic policy shortly after the closing bell. The speech is entitled “The First 100 Years of the Federal Reserve: The Policy Record, Lessons Learned, and Prospects for the Future,” meaning there is scope for discussion on future policy.

Considering that Fed officials have been on the defensive since the June FOMC meeting – and the chairman himself has yet to opine – it wouldn’t be surprising to hear Chairman Bernanke utilize dovish rhetoric, if only to serve as a counterweight to the recent uptick in borrowing costs. With the Fed set to balance its tone, the BoJ on Thursday will provide the ammunition to see the USDJPY selloff into the end of the week as long as a hold prevails. This may be the last BoJ meeting marked by inaction, as the Japanese diet elections over the coming days will cement power with the pro-easing/Abenomics camp, which should pave the way for more accommodative policies in the fall. 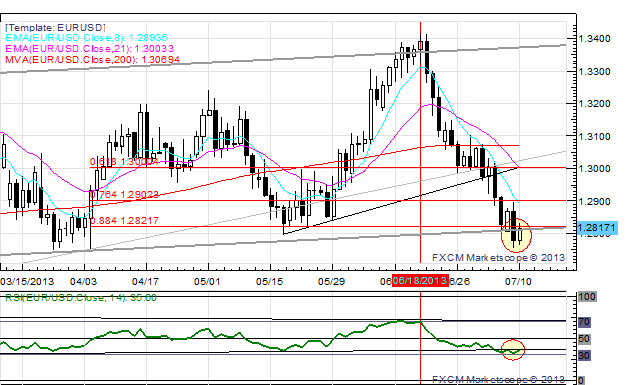 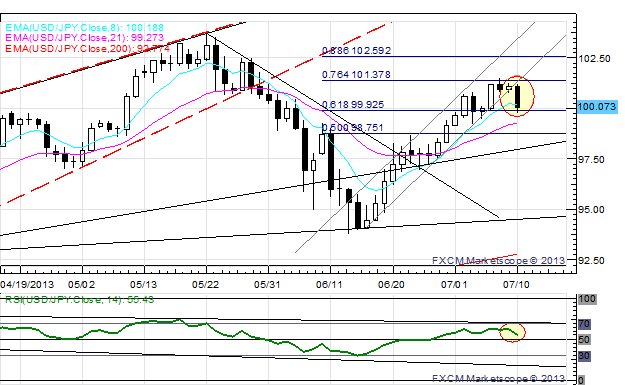 USDJPY: No change from Tuesday: “The rejection of the 76.4% Fib retracement at ¥101.35/40 (May high to June low) is only a near-term setback, as the break off of the late-May to mid-June correction in the pair completed the last week of June. Furthermore, a run to RSI resistance should be accompanied by price accompanying higher towards 102.40/60. Looking to buy dips as long as 99.00/25 is held.” 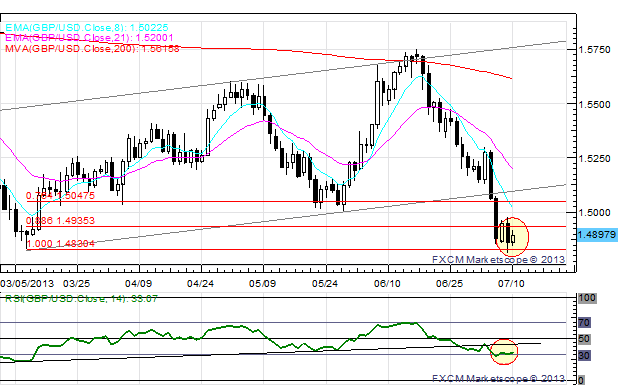 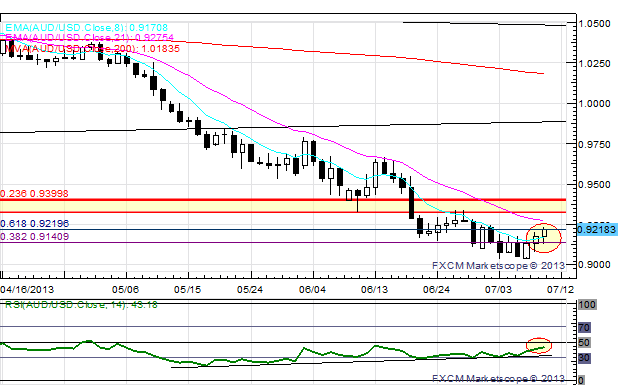 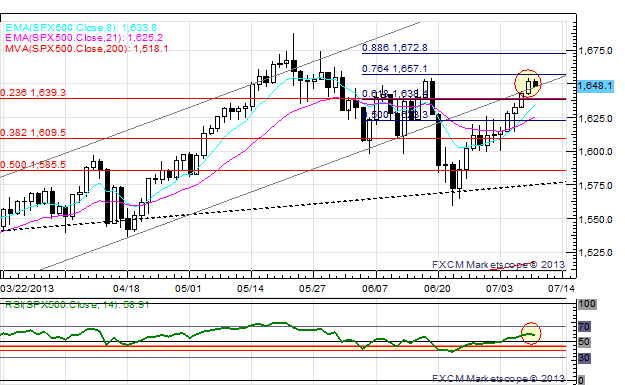 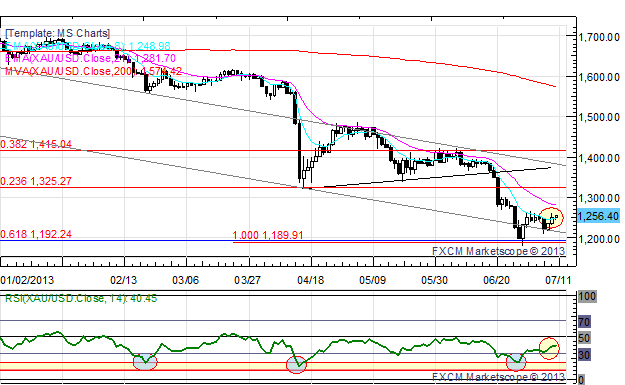