The world’s oldest currency, the British Pound, is being walloped again today after a surprising bad batch of data has investors reconsidering their growth outlook for the UK. Hopes for a strong 2Q’13 had been building for the UK, thanks to a string of better than expected data for May and June – namely, the PMI surveys. Now, with official Industrial and Manufacturing data unexpectedly worse off than previously anticipated, there is some wind behind the Bank of England’s new dovish sails.

Opposite the Sterling is the Euro, which too has seen its central bank shift towards a new more dovish framework in recent days; however, any such negativity has been limited at best to start this week. With international lenders set to release €3B to Greece following meetings in Brussels, investors have found attraction anew for the Euro ahead of critical events from the Federal Reserve and the Bank of Japan on Wednesday and Thursday.

Of note, Fed Chairman Ben Bernanke is set to speak on Wednesday just hours after the June 18 to 19 FOMC meeting Minutes are released, which should shine light on the Fed’s next actions. (The speech is entitled “The First 100 Years of the Federal Reserve: The Policy Record, Lessons Learned, and Prospects for the Future,” meaning there is scope for discussion on future policy.) Overall, the coming few days should be much less exciting than those at the tail end of last week, given the considerably light fundamental docket. 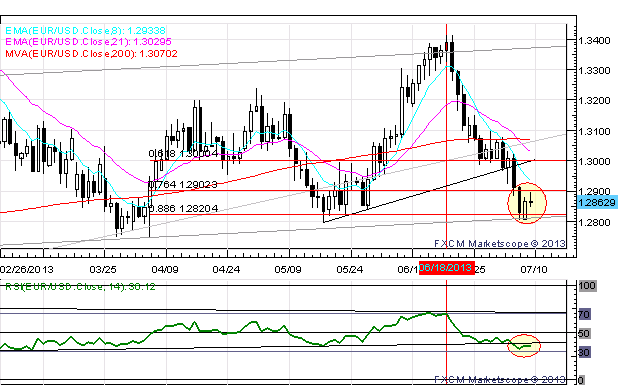 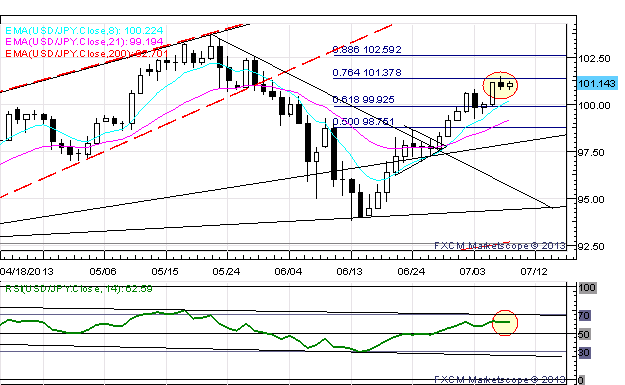 USDJPY: The rejection of the 76.4% Fib retracement at ¥101/35/40 (May high to June low) is only a near-term setback, as the break off of the late-May to mid-June correction in the pair completed the last week of June. Furthermore, a run to RSI resistance should be accompanied by price accompanying higher towards 102.40/60. Looking to buy dips as long as 99.00/25 is held. 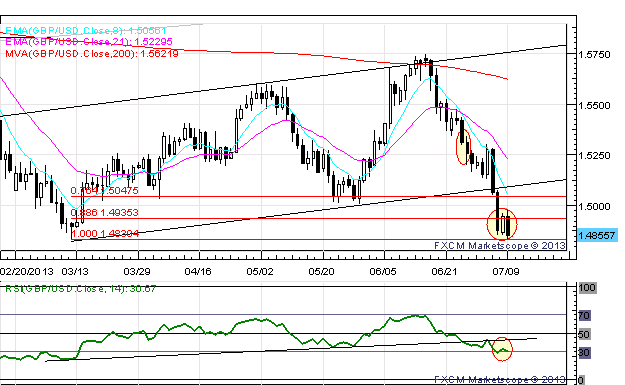 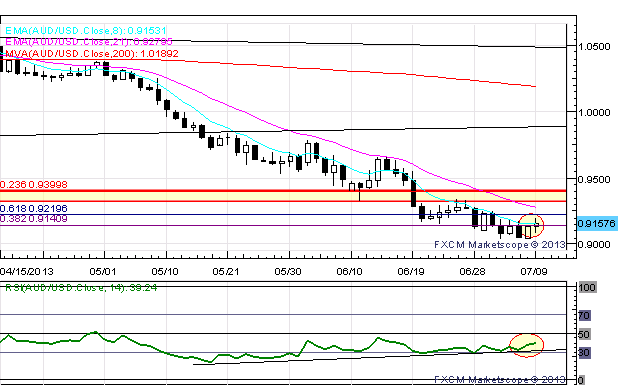 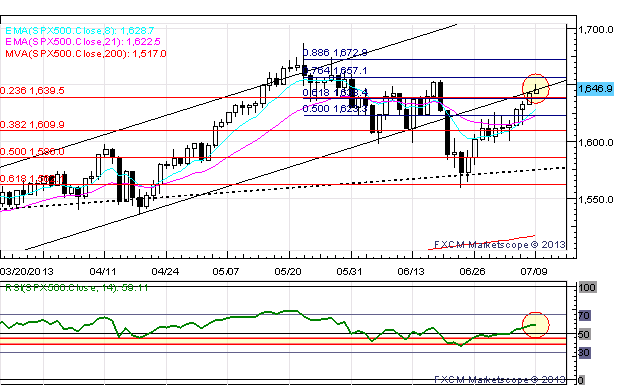 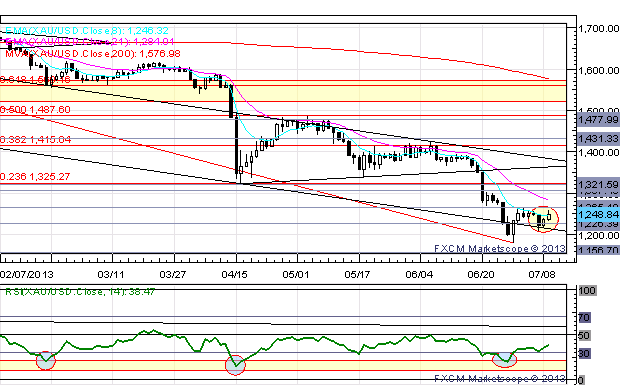