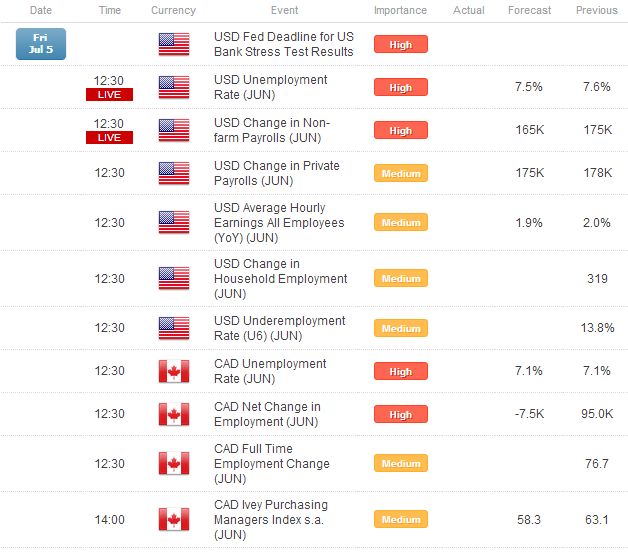 US Dollar Edges Higher Ahead of NFPs; EUR and GBP at Fresh July Lows

The Dow Jones FXCM Dollar Index (Ticker: USDOLLAR) continues to push fresh yearly highs, but this time no longer at the expense of the Australian Dollar and the Japanese Yen, the two weakest currencies year-to-date versus the US Dollar (-11.79% and -13.25%, respectively). Thanks to the introduction of forward guidance by both the Bank of England and the European Central Bank yesterday, the British Pound and the Euro are now propelling the USDOLLAR higher (concurrently, the Swiss Franc was a bottom performer as well overnight).

Of course, the BoE and ECB policy meetings might have little staying power given the massive fundamental overhang that is the June US labor market release. The Bloomberg News consensus calls for +165K from +175K in May, and our central tendency should see the headline “hit” should the figure land between +160K and +185K, according to Currency Analyst David Song.

In light of the strong June ISM Services Employment subcomponent, we find that risk is skewed to the upside for a beat; anything over +200K should provoke an exacerbated “taper trade” amid the thin conditions thanks to the July 4 holiday: long US Dollar, short equities, short US Treasuries, and short precious metals. 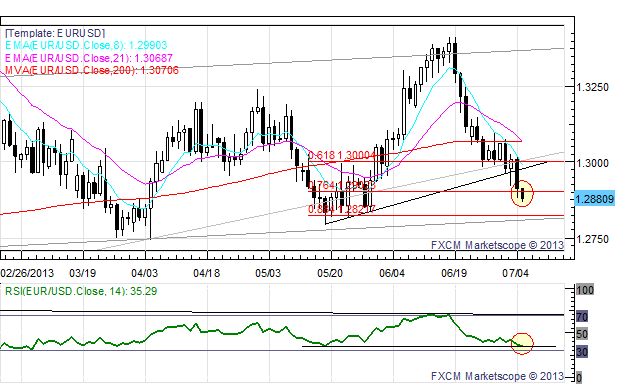 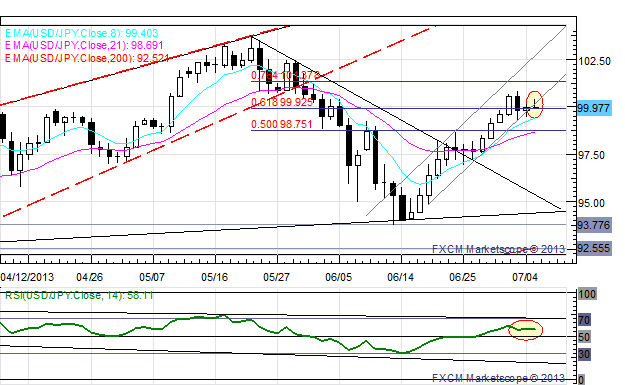 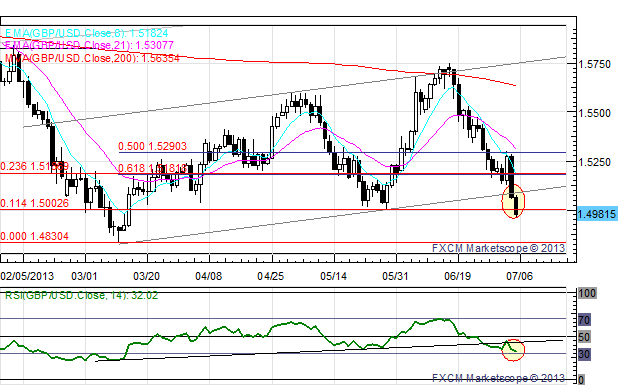 GBPUSD: I maintain:“Big picture: the GBPUSD broke the uptrend off of the 2009, 2010, and 2012 lows, signaling the beginning of a greater selloff towards 1.4200. Any rallies in the pair look to be sold; price could climb to 1.5290 (50% Fib March low to May high) on a rebound now that the GBPUSD has broken through RSI trend support off of the March 12 and May 29 lows.” Price has undercut key Bear Flag support off of the March 12 and May 29 lows; and now the move towards 1.4200 appears to have begun. 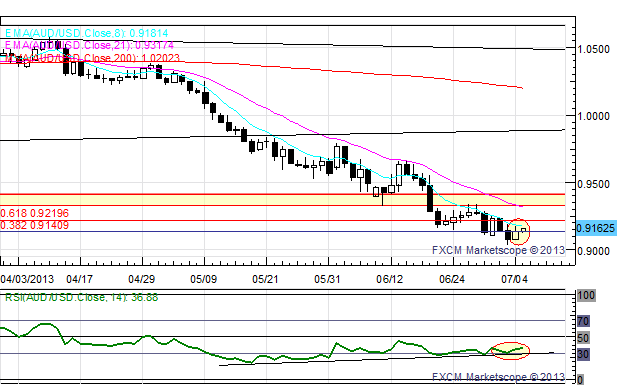 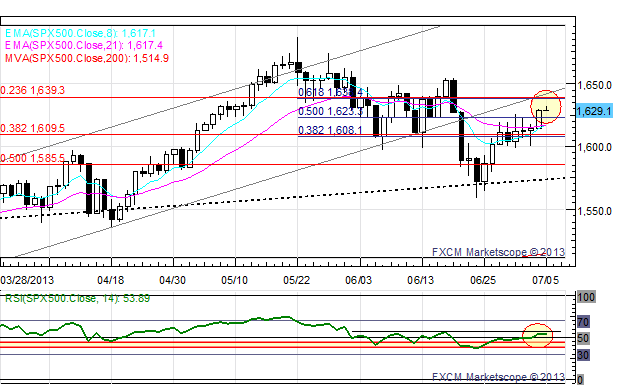 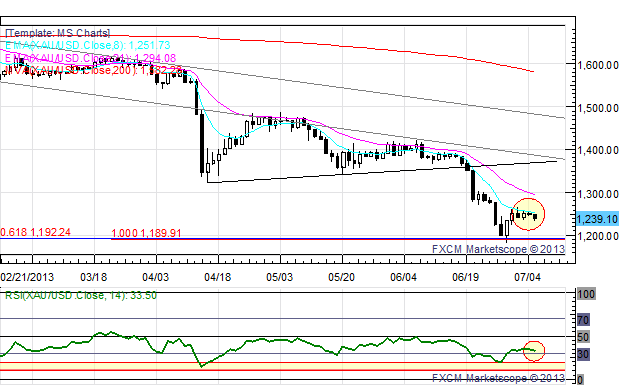