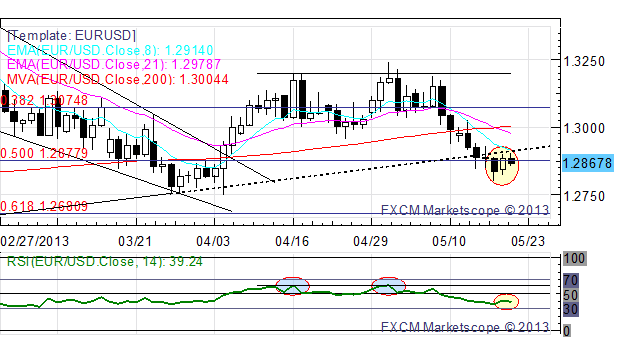 The US Dollar is the top performer once again as Asian traders happily lapped up the world’s reserve currency following the Monday bank holiday. At the start of the week, with trading conditions thin, the US Dollar was hit (relatively) hard after Japanese Economy Minister Akira Amari said that the period of excess Japanese Yen strength might have been “largely corrected.” Today, Mr. Amari has backed off of his stance, saying that “I have previously said that the overly strong yen is in the process of being corrected…I will not say it has been corrected, or where it will finish.”

It appears that Mr. Amari has been reprimanded by Japanese policy leadership, not a small coincidence considering that the Bank of Japan is meeting and will announce its latest measures, if any, tomorrow. With Japanese data picking up in the near-term, notably the 1Q’13 GDP print at +3.5% annualized versus +2.7% annualized expected, there is reason to believe that no new measures will be announced. In light of the better than expected data and the Amari commentary, there are a few notable take away points for the next 24 hours: a weak Yen is desired; but if the Yen gets too weak, it will have a negative impact on “people’s lives” as it would create excessive upside pressure on inflation, causing the BoJ to overshoot its target creating a volatile monetary policy; and any further selling of the Yen may be accompanied by selling in JGBs, which puts upside pressure on interest rate payments, which hurts government fiscal policy.

Elsewhere, the British Pound is the weakest major today, after the Consumer Price Index (APR) showed that disinflation has kicked in quite strongly despite the improved 1Q’13 UK GDP report. UK Gilts have rallied today (lower yields). This may be opening speculation that Mark Carney could implement additional non-standard policies to help the UK economy once he takes over the Bank of England governorship in July.

There are no significant events on the calendar during the US trading session.

EURUSD: A break of Friday’s high offered little continuation to the upside yesterday, and with momentum capped by the declining 8-EMA, we’ve seen thus far little change in price this week. Price continues to struggle to retake the important $1.2875/80 level. I maintain that “now that price has closed below the late-April swing low at 1.2950/60, there’s significant evidence in place to suggest that a test of the 2013 lows may be around the corner, with sellers eying 1.2740/50 to the downside.” Consequently, this week may offer respite just yet, given the expected uptick in European data, and uncertainty revolving around the various Fed events. 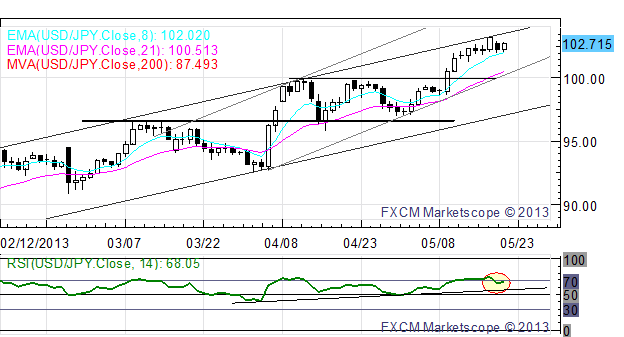 USDJPY: Perhaps it was only a one day respite, as the USDJPY traded into what has been a key zone of support at ¥101.80/2.00 (8-EMA as well) and rebounded sharply. While the theme of consolidation for the US Dollar still holds, with Japanese EM Amari backing away from his ‘hawkish’ commentary, pressure is back upwards ahead of the BoJ Rate Decision and Fed events on Wednesday. Once again, “Near-term support comes in at 102.20, while there have been a notable amount of bids as the USDJPY has traded into the 101.80s. Should this bottom floor break, a deeper pullback towards 101.10/40 and 100.30 will be eyed.” 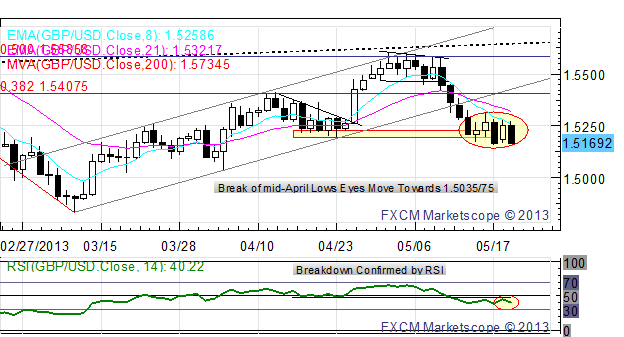 GBPUSD: An Inside Day capped by the 8-EMA suggests that yesterday was merely a pause in the downtrend rather than a reversal. Today, the GBPUSD is back pressuring last week’s lows. With price holding below the 1.5200/20 region I was watching last week, a move towards the early-April lows at 1.5035/75 now eyed. Although the US Dollar is generally weaker today, no upward movement in the GBPUSD speaks to the desire of traders to continue selling. As such, “with daily RSI support cracked, the plan is to sell rallies. Big picture: the GBPUSD may have initiated a Bear Flag that eyes a sell-off into 1.4200, in conjunction with the Double Top off of 1.6300 that has similar implications.” 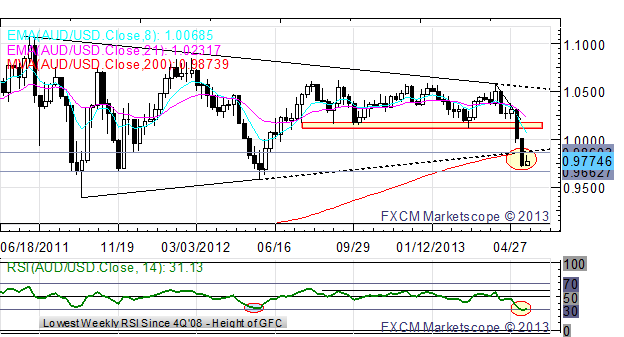 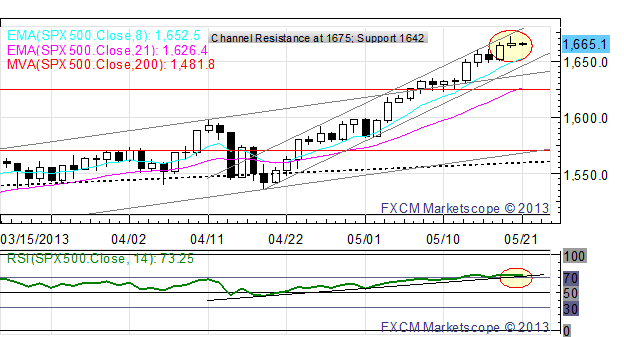 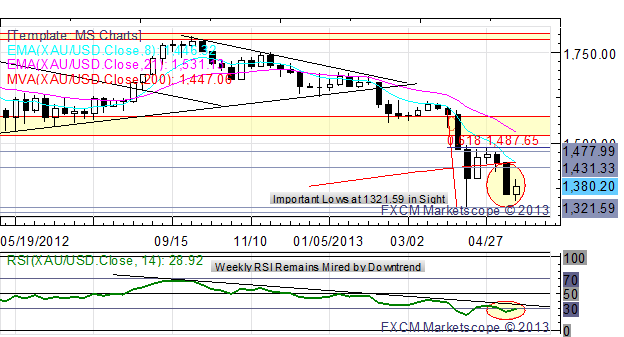