The Dow Jones FXCM Dollar Index (Ticker: USDOLLAR) is working on its fourth consecutive day lower in the wake of the disappointing 1Q’13 GDP report released on Friday, which showed that continuing contraction of government spending has proved to be a significant drag on the world’s largest economy. Also raising eyebrows on Friday was data that showed that the US consumer might have seen its best days in 2013 already, at least in the first half of the year: payroll taxes are up and their impact is starting to be seen on the income front; consumer confidence is falling; and the savings rate dropped to its lowest rate since the 4Q’07, right before the crisis. If anything, today is narrowly an echo from Friday; Asia and Europe are reacting.

Overall, the commodity currencies are much improved on the day, bolstered by reverberations from the Reserve Bank of New Zealand’s policy meeting last week. While the RBNZ said it was likely to remain on hold for the rest of 2013, there’s growing consensus that further upside pressure in the housing market could force a rate hike in the 2H’13. Upcoming housing data, which would be supportive of this view should it meet expectations when released, is seen as a catalyst for the New Zealand Dollar.

The Australian Dollar is surprisingly stronger despite Australian sovereign yields remaining at their lowest levels over the past six-months. With 1Q’13 inflation data disappointing last week, it is likely that there’s renewed dovish commentary at the Reserve Bank of Australia’s policy meeting next Tuesday. While a rate cut is unlikely now, I do expect at least one more 25-bps cut in the main rate by the 4Q’13. 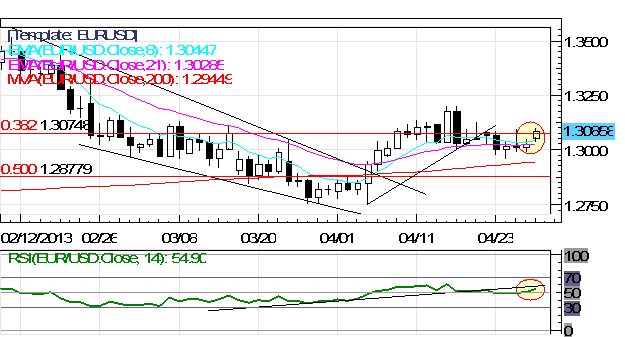 EURUSD: The weak US 1Q’13 GDP report has spurred near-term upside in the pair, but don’t confuse that with rate cut expectations being unwound; they’re not. Accordingly, rallies in the EURUSD are seen as opportunities to sell for the time being, though the trade through the highs seen last week is encouraging for a bullish structure. In light of the several Dojis and Inverted Hammers that formed on daily candles last week, it is evident that the EURUSD is not trending but rather chopping, and should be avoided until a new discernible pattern makes itself clear. I’m neutral for the time being, but look to sell this week. 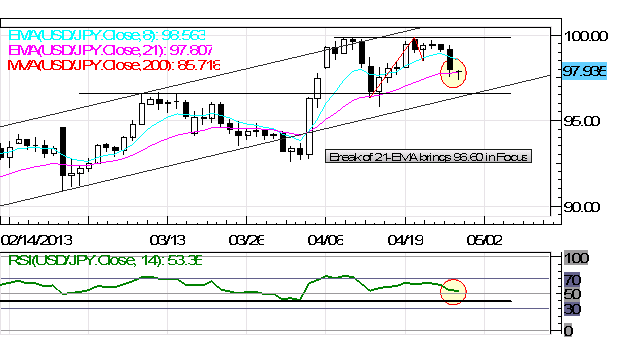 USDJPY: The Bullish Ascending Triangle pattern as negated late last week and now price has traded below both the 8- and the 21-EMAs, amid a break in the daily RSI uptrend. On Friday I noted “the USDJPY appears ripe for a pullback, which could be provoked by a weaker than expected US 1Q’13 GDP reading.” With this transpiring, a break of the 21-EMA at 97.80/85 could see price extend its loses to former resistance now support at 96.60. 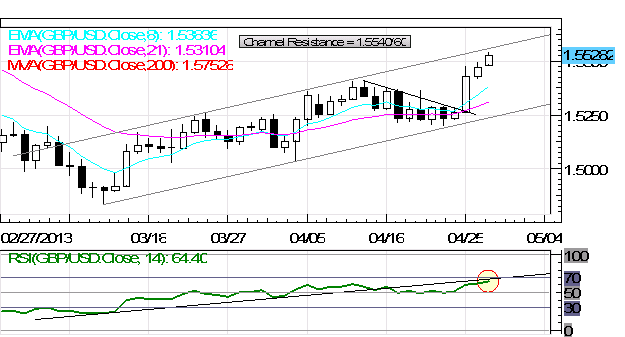 GBPUSD: No change: “The GBPUSD is finding modest follow through (no doubt tempered ahead of the US 1Q’13 GDP print), pushing closer towards 1.5500 now that mid-April resistance at 1.5410/15 cracked yesterday. If the ascending channel range is to continue to play out, a run towards 1.5550 shouldn’t be ruled out. Declines should be supported in the near-term by 1.5340 (8-EMA) and 1.5285/90 (21-EMA).” The move towards the topside channel rail at 1.5540/60 should bring about some relief; and if the range is to hold, the next leg lower should begin in early-May. 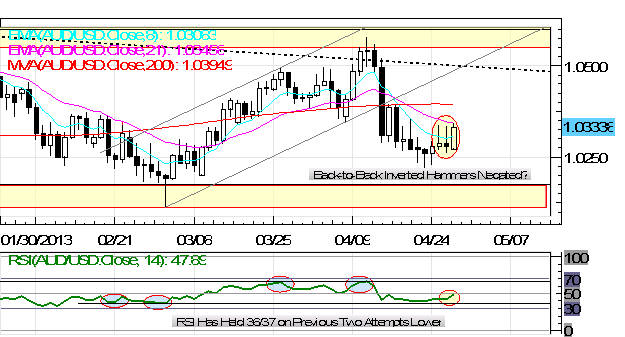 AUDUSD: Last week I said: “Mid last week the 8-/21-EMA structure flipped bearish amid the breakdown in the RSI uptrend, coinciding with the rally off of the March 4 and April 8 lows. Fundamentally speaking, amid declining base metals’ prices and poor data out of China, it is our preference to sell the commodity currencies. Technically speaking, it is worth noting that the AUDUSD failed to find follow through on the potential basing pattern, a three day cluster of “Doji-Hammer-Doji.””The back-to-back Inverted Hammers haven’t seen any follow through and now the 8-/21-EMA structure is compressing to the upside, perhaps negating the bearish signal. I’m neutral but looking to sell a rally. 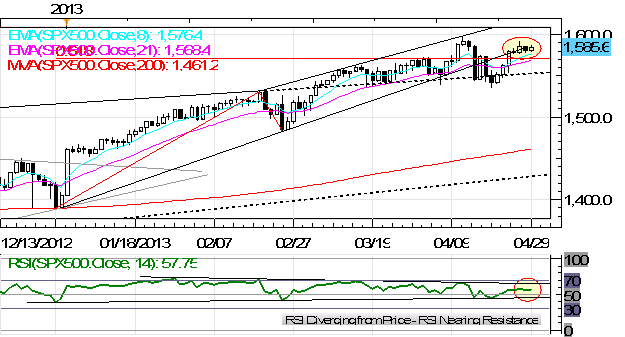 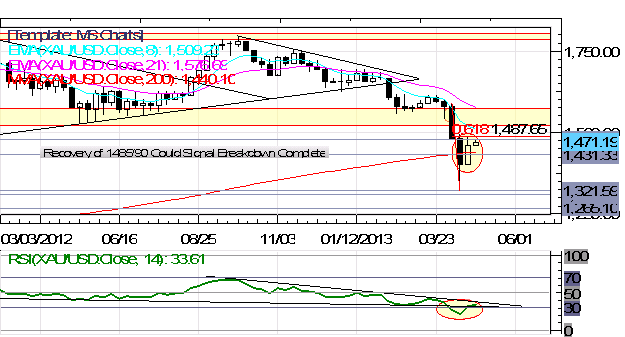