The US Dollar is experiencing a mild pullback overnight after tremendous gains in the Dow Jones FXCM Dollar Index (Ticker: USDOLLAR) the past several days, all thanks to the Bank of Japan’s decision to ratchet up its QE program to the torrid pace of $200B/month. Certainly, the Yen’s fundamental standing has been dramatically weakened now that the BoJ has thrown down the gauntlet ahead of the April 8 reconfirmation – a sign that Governor Kuroda and his board are confident that their standing will be reaffirmed by opposition party DPJ.

Now, after the weak March labor market reading on Friday, the US Dollar is on softer ground, and with the 2s10s Treasury yield spread remaining compressed, markets may be signaling that the 2Q’13 may be a period of softer growth for the world’s largest economy. We could credit the slowdown in growth to the combined ripples of the fiscal cliff and the budget sequestration: higher taxes and lower government spending, both of which on their own have a negative impact on headline GDP.

Amid the lighter calendar to start the week, the Euro has continued to rally, finding continued fuel in ECB President Draghi’s most recent ‘line in the sand’ comment that there is “no plan B” for the Euro. This second ‘final stand’ – the first being his “whatever it takes” comment in July 2012 – provides a near-term bullish catalyst for the Euro. With North American labor market data disappointing so dramatically on Friday, the next week or so could be characterized by near-term countertrend moves; i.e., a stronger EURCAD. 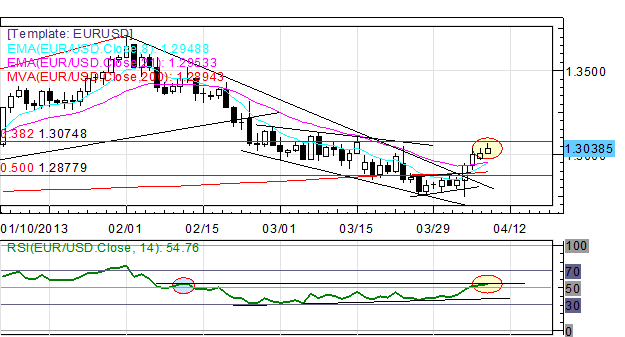 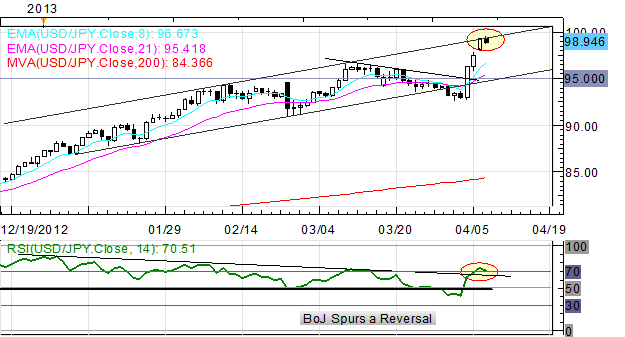 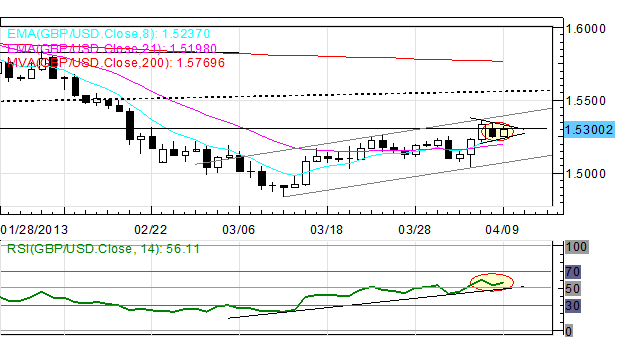 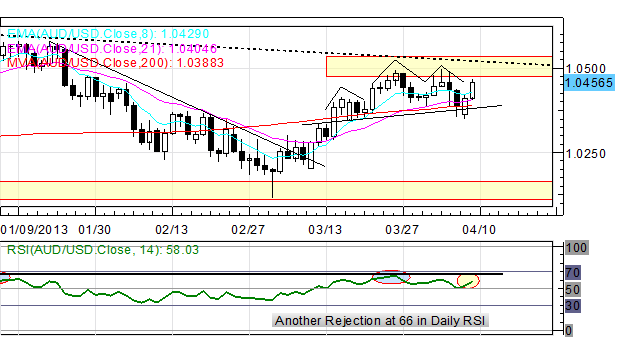 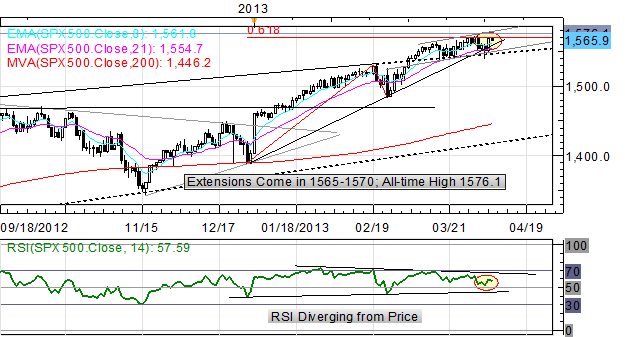 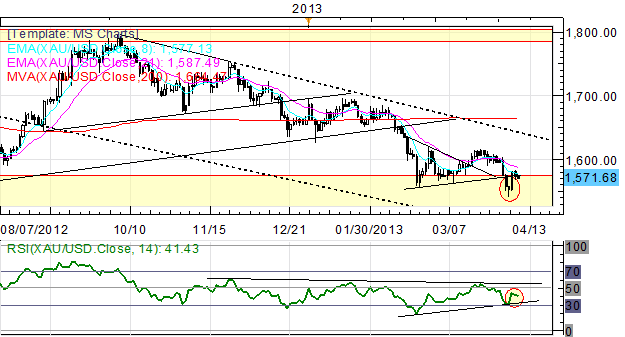