Dollar Bloc Maintains Gains as EUR and GBP Steady Ahead of ECB, BoE

Some ‘positive’ news out of Europe this morning has helped lift the European currencies out of their slump versus the rest of the majors, while the commodity currencies have continued their relative outperformance thanks to some better than expected data out of Australia and China. In regards to Europe, the International Monetary Fund announced that it would give €1 billion to Cyprus as part of its aid deal; of course, any deal comes with conditions – the restructuring of Cyprus’ two largest banks, reducing budget deficits at the sovereign level, and an overhaul of the country’s pension and wage structures.

In reality, the IMF news is non-news, but there’s still some slight boost to the Euro as a result. The Euro is likely to remain rather stuck the next 24-hours, as the European Central Bank meets tomorrow; typically, volatility thins out ahead of policy meetings as traders await any signs of new policy action. Considering that the ECB had just revised its forecasts last month, I believe that the April meeting will result in a “hold,” as another downgrade of its forecasts could provoke a reconsideration of the ECB’s credibility, despite the broken policy transmission mechanism (German and French companies/banks field substantially lower rates than their Italian and Spanish counterparts). As the economic divergence between the Euro-zone and the United States grows midyear, the ECB will be more open to a rate cut, likely in May or June, just not now.

The Australian Dollar is outperforming once more on the back of a significantly narrower trade deficit in February, suggesting that demand for the country’s primary export – iron ore – is starting to pick back up again. Coupled with stronger non-manufacturing data out of China – both the official government and private sector Services PMIs beat – the dollar bloc is well-supported this first week of April. 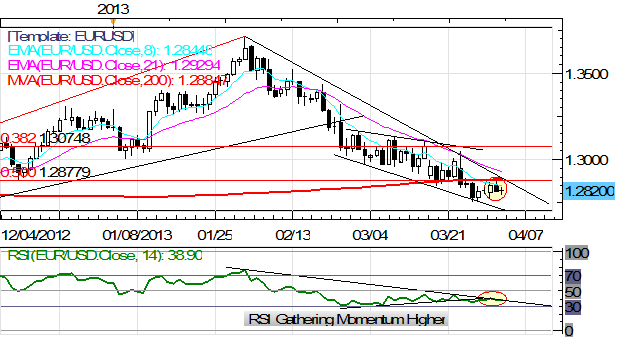 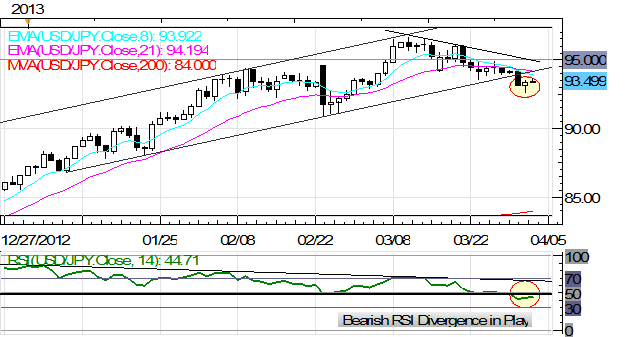 USDJPY: The USDJPY has broken below the lower rail of its ascending channel dating back to January, with 93.50 giving way. BoJ policymakers are set to meet today/tomorrow in what should be the beginning of new, expansive monetary measures under the watchful eyes of Haruhiko Kuroda – although nothing major is expected. A break below 93.50 with no new policies could lead to a hasty sell-off towards 90.00/50. 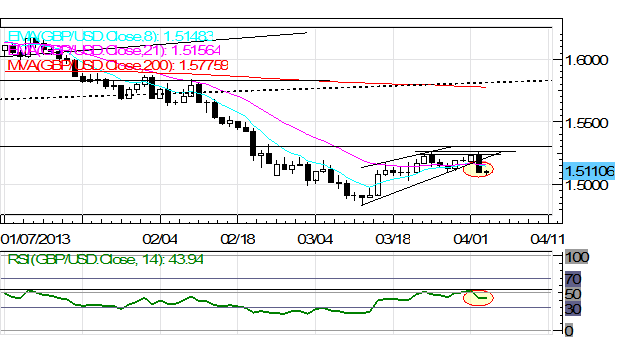 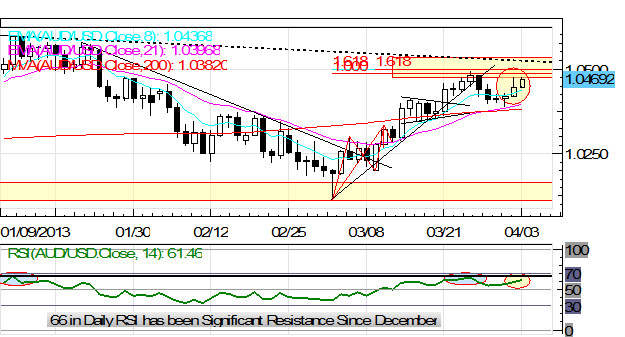 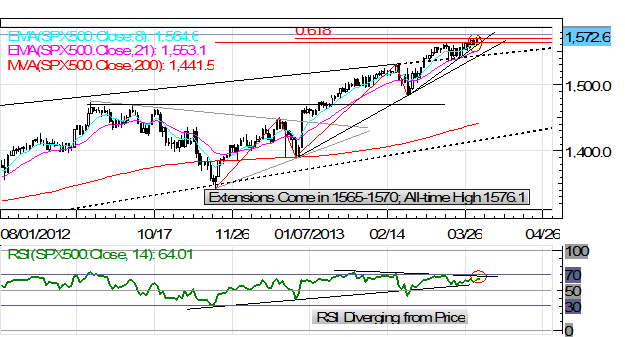 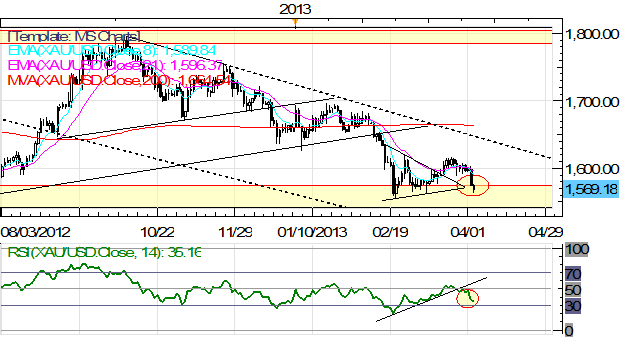