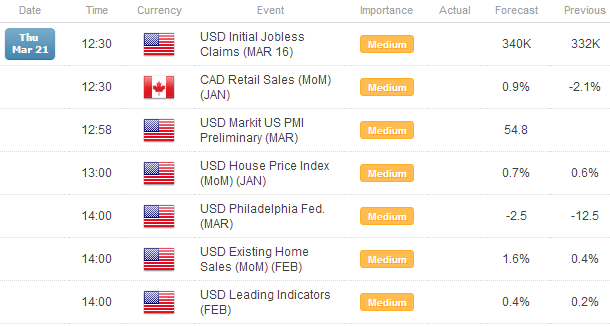 It is midway through trading on Thursday and the British Pound has found itself among the top performers once again – consistently for the past week, mind you – after a batch of better than expected consumption data that has helped further relieve near-term anxiety about the state of the economy.

Yesterday, the Bank of England expressed concerns that a weak Sterling could fuel increased price pressures; and Chancellor of the Exchequer George Osborne left the BoE’s remit unchanged with respect to its +2.0% y/y. These are clear signals that policymakers are disturbed by the Sterling’s quite prevalent weakness in the early part of 2013, paving the way for bullish price action amid implicitly hawkish commentary.

Unlike its neighbor across the English Channel, the Euro just can’t seem to catch a much-needed break. Preliminary March PMI data from France, Germany, and the broader Euro-zone released this morning showed that the region’s worst economic slump since the depths of the 2008-2009 financial crisis is likely to persist in the second half of the year.

Certainly, the data is a direct contradiction to European Central Bank Mario Draghi’s aspiration that growth will rebound “later in the year,” and aligns neatly with my thesis that the economic mess won’t improve just because the ECB hopes it will; there is no reason to bet on a different economic picture when the fiscal and monetary policies guiding the region’s failing economics haven’t shifted. 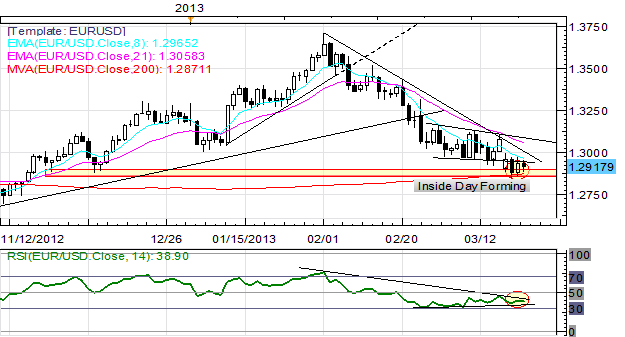 EURUSD: No change: “I was watching a potential Bullish Falling Wedge scenario last week, but carefully noted that “the breach of the yearly lows…following better than expected US data has increased the likelihood of further losses before a rebound.” The breach was the key for the move lower, with buyers giving a last-gasp effort before capitulating. Key support remains at 1.2860/80, for the same three reasons: the 50.0% Fibonacci retracement on the July 24 low to the February 1 high; the 200-DMA; and the late-November and early-December swing lows. Although there’s been a small bounce today, failure in this area could lead to a ‘waterfall’ sell-off towards 1.2660. Resistance is at 1.2975 (8-EMA) and 1.3070/75 (21-EMA). Support comes in at 1.2860/80 and 1.2660.” 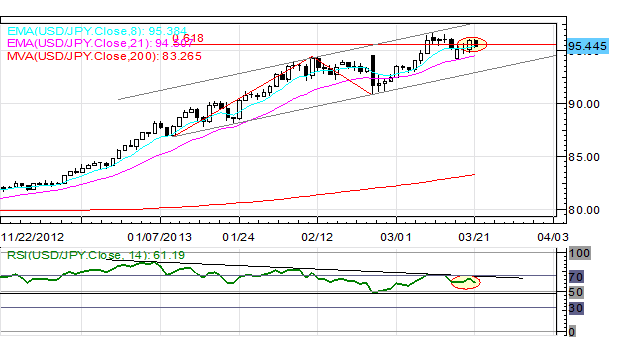 USDJPY: No change: “The USDJPY has set fresh highs for the year, as the RSI breakout on 2/28 was the cue for further strength. As US equity markets have hit fresh all-time nominal highs, the USDJPY finally confirmed, on the back of a widening 2s10s Treasury spread (exactly what I’ve been waiting for). Accordingly, the Bull Flag consolidation now points towards 97.70 as the next key area higher. Downside pressure has been prevalent again on Wednesday, though bulls continue to fight the downturn. Price has rebounded firmly above 96.00, and a test of the yearly high near 96.70 could be around the corner.” 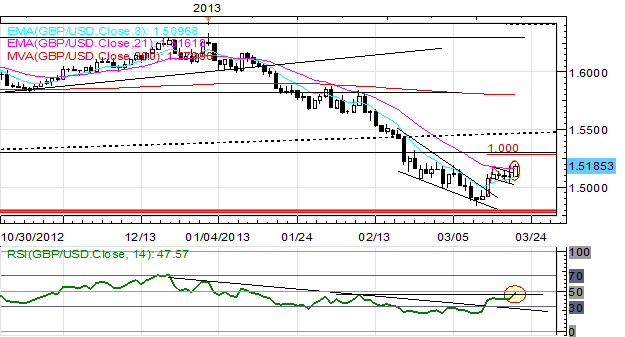 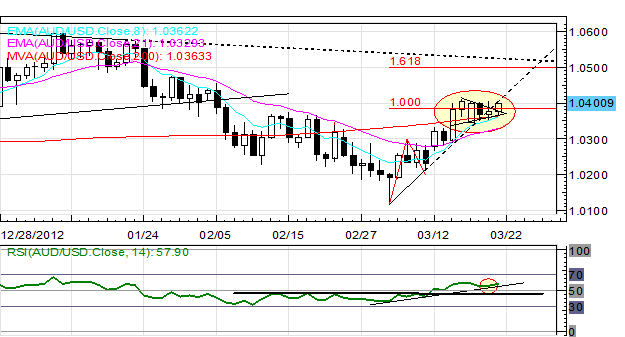 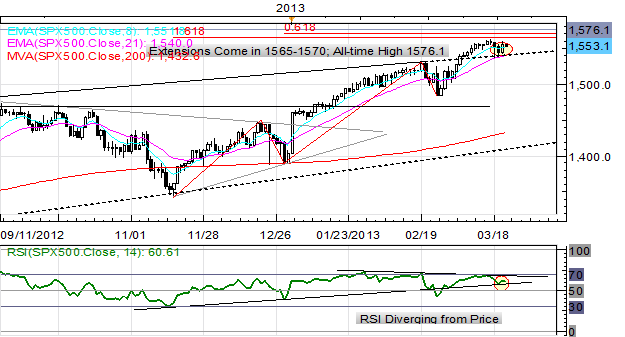 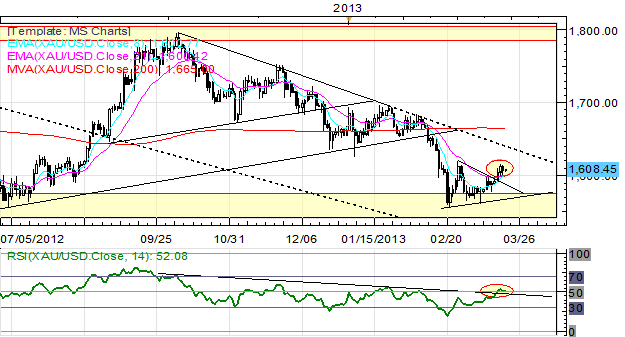