Volatility in the commodity currencies has been elevated overnight following a mixed tone by the Reserve Bank of New Zealand after its Rate Decision in pre-Asian trading, while labor market data out of Australia has provoked a complete 180 degree turn in sentiment regarding the Australian Dollar. Overall, however, demand for US Dollars has steadily increased over the course of the day, with the Dow Jones FXCM Dollar Index (Ticker: USDOLLAR) working on a Hammer candlestick.

On the New Zealand Dollar: The RBNZ held its key interest rate on hold at 2.50% as expected, and policymakers are clearly upbeat about the long-term prospects of the economy. However, with exogenous risks remaining elevated (Chinese growth, European debt crisis), a severe drought affecting New Zealand, and a significantly stronger Kiwi than desire – some “10% to15%” – Governor Graeme Wheeler struck a dovish chord among market participants. Governor Wheeler’s commentary is directly aimed at weakening the New Zealand Dollar, a shot fired in the ‘currency wars,’ if you will. I’ll be watching inflation gauges – soft price pressures (ironically, resulting from the strong Kiwi) could be the impetus to cut rates.

On the Australian Dollar: The Australian economy added +71.5K jobs in February, well-above the forecast of +10.0K and well as the prior reading of +13.1K. But the metrics aren’t exciting: Full Time Employment only accounted for only +17.8K of the headline figure. So, even as the Participation Rate rose to 65.3% as the Unemployment Rate held at 5.4% (a sign of a structurally healthy labor market), this is not exactly a profoundly strong number. RBA Assistant Governor Christopher Kent advised not to “hinge too much on February job reading,” citing a sampling error leading to a ridiculously strong gauge. I’d agree: the February reading of +71.5K jobs nearly accounted for all of the job growth from April 2012 to December 2013 of +77.0K. I expect a heavy revision to the data, which could reignite rate cut expectations. 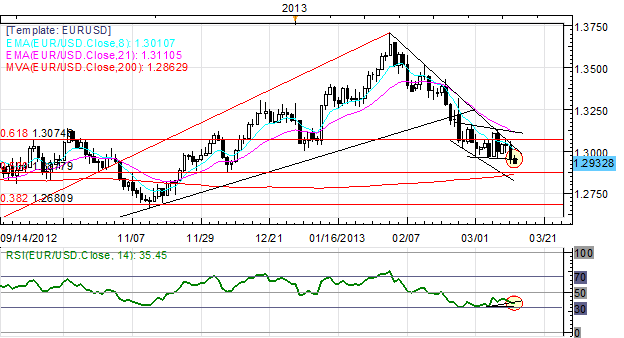 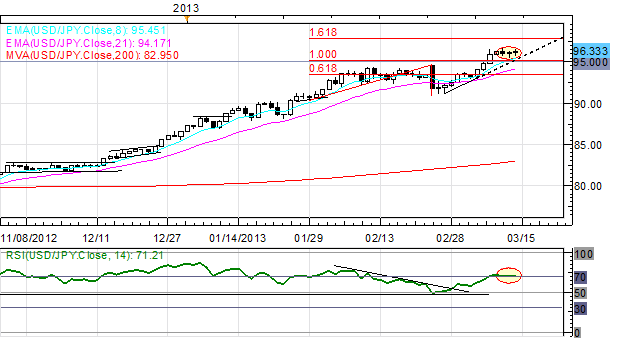 USDJPY: I maintain: “The USDJPY has set fresh highs for the year, as the RSI breakout on 2/28 was the cue for further strength. As US equity markets have hit fresh all-time nominal highs, the USDJPY finally confirmed, on the back of a widening 2s10s Treasury spread (exactly what I’ve been waiting for). Accordingly, the Bull Flag consolidation now points towards 97.70 as the next key area higher. Downside pressure has been prevalent again on Wednesday, though bulls continue to fight the downturn.” Price has rebounded firmly above 96.00, and a test of the yearly high near 96.70 could be around the corner. 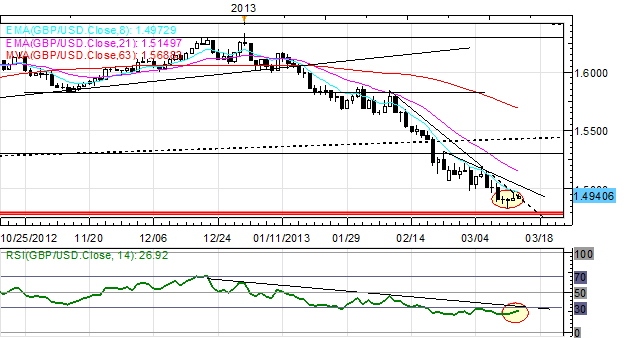 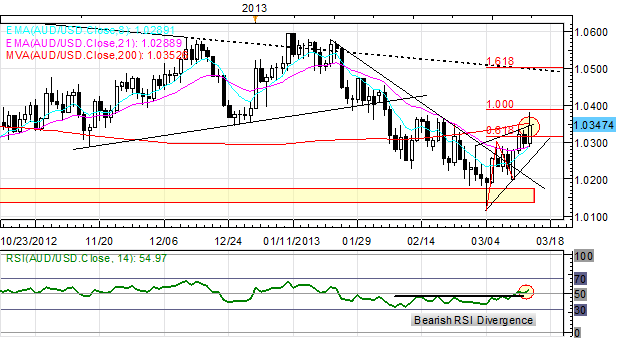 AUDUSD:Yesterday I said: “A break of 1.0340/80 points to 1.0460/80. An alternative bullish view of an Inverse Head & Shoulders may have formed on the 4H chart, adding further evidence for a run back towards the late-January swing highs.” Deceivingly strong Australian employment data has provoked the pair to rip into 1.0380, where it has been rejected thus far today, although the mid-February swing highs were tested. Failure could lead to a pullback below 1.0300 before the next drive higher. With the 8-/21-EMA crossover now close to turning bullish on the daily chart, the March low at 1.0110 may have been set. 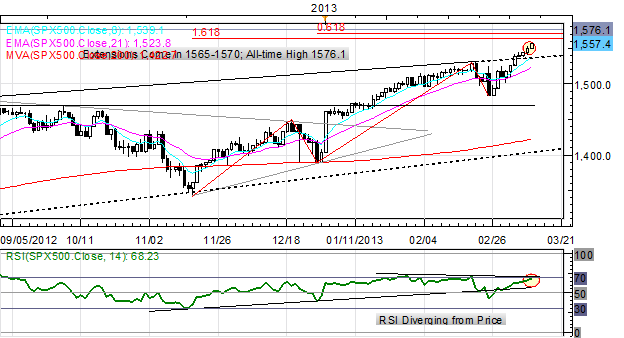 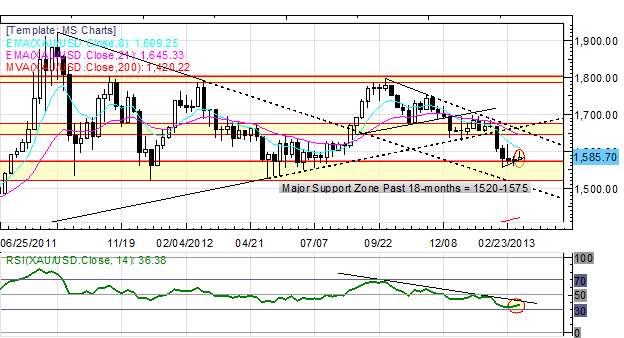