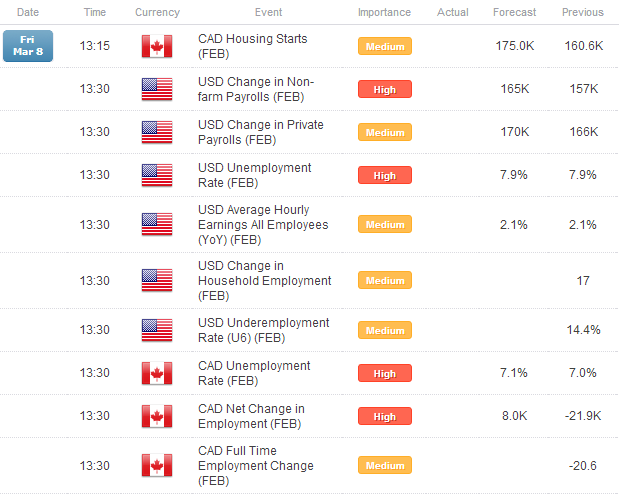 Despite the knocks against it – the Federal Reserve is adding $1.02T to its balance sheet this year, the US labor market remains weak relative to previous periods of growth, and the political climate is nothing short of a disaster – the US Dollar is the top performing major currency through the first several weeks of 2013. Why though, given these prevalent concerns?

The return of the US Dollar can’t be discussed without examining the impact of rising Treasury yields, which have also lifted US equity markets. Yield curve theory states that a steepening yield curve is in indicative of either 1) increasing inflation expectations or 2) stronger economic growth. Certainly, with the Federal Reserve’s policy tethered to ZIRP since December 2008, there is a case to be made for the former point, but in my opinion, the recent steepening yield curve has to do with the underlying strength of the US economy. The steepening yield curve, as evidenced by the widening 2s10s Treasury spread (the difference between the US 2-year and 10-year Treasury notes), has been the primary driver of US Dollar strength, removing the US Dollar’s role as strictly a safe haven, and returning to it the aspects of a growth currency. Many point to the USDJPY as the lever in the market for risk appetite, but I’d expand and say both the US Dollar and US equity markets have been supported by an improving interest rate outlook for market participants.

With that said, we need economic data to support the ‘strengthening US economy’ argument, and what could be better evidence than a strong Nonfarm Payrolls report for February? Consensus forecasts range mostly from +142K to +188K (median forecast is +165K, standard deviation of 23K), but anything above +157K (January) could provide that spark for a wider 2s10s spread and a stronger US Dollar. 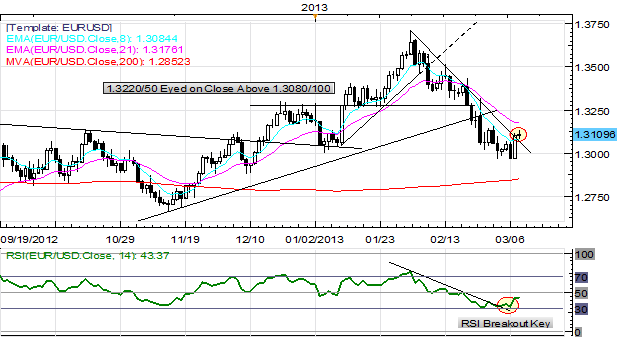 USDJPY: The USDJPY has set fresh highs for the year, as the RSI breakout on 2/28 was the cue for further strength. As US equity markets have hit fresh all-time nominal highs, the USDJPY finally confirmed, on the back of a widening 2s10s Treasury spread (exactly what I’ve been waiting for). Accordingly, the Bull Flag consolidation now points towards 97.70 as the next key area higher. 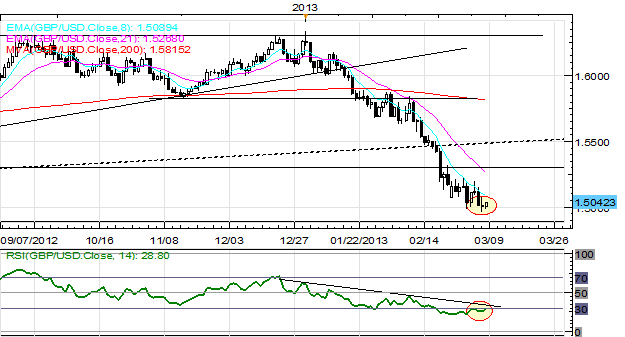 GBPUSD: I maintain: “Selling persists amid weak data, a dovish and divided Bank of England, and the United Kingdom losing its revered ‘Aaa’ rating...With the ascending trendline off of the 2009 and 2010 lows breaking, as well as the 2010 to 2013 range bottom lows breaking near 1.5300, my bias is to sell rallies. Like the EURUSD, the GBPUSD is consolidating just near its 2013 lows, but has failed at its 8-EMA as it has for the past several weeks, suggesting that the next leg lower may be on the verge of occurring.” 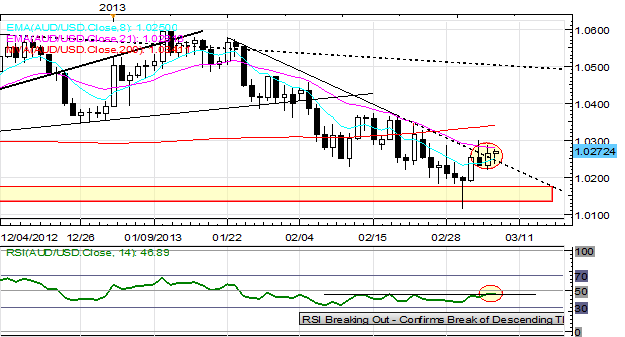 AUDUSD:Earlier this week I said: “The AUDUSD fell into the 1.0330/75 area on Monday, that I’ve been calling for several weeks, and now a bounce has a materialized back into the descending trendline off of the January 22 and February 20 highs, at 1.0250/70 today. However, the daily RSI remains capped below 50, as it has been during the duration of the downtrend. Now would be the time to look short again; however, a break of this RSI barrier, and a daily close above 1.0250/70 would negate the near-term bearish bias. The next level to look higher towards would be 1.0340/80 (mid-February swing highs); a continuation lower eyes a move towards 1.0090/1.0120, then 1.0000.” It appears that the RSI resistance may be breaking, alongside with a break in the downtrend off of the January 22 and February 20 highs. A close above 1.0250/70 today would shift near-term focus towards 1.0340/80. 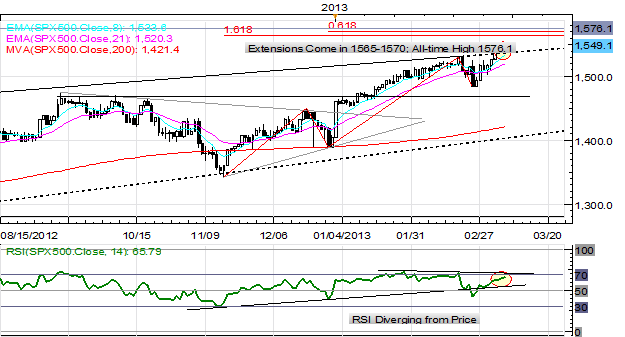 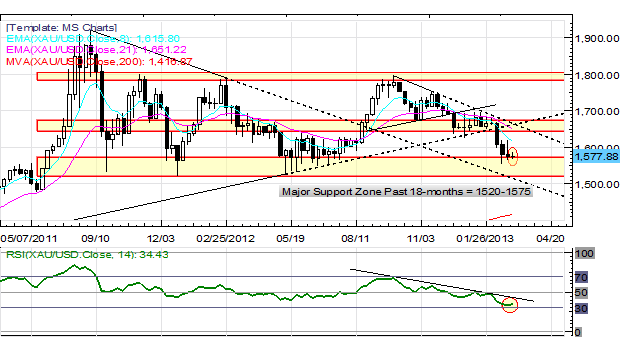