Is this the most exciting week in FX thus far in 2013? I’d say so: Britain loses her hallowed ‘Aaa’ rating on Friday after the close, when Moody’s Investors Service downgraded the United Kingdom’s sovereign debt rating to ‘Aa1,’ a one-notch downgrade; Japanese Prime Minister Shinzo Abe tapped Asian Development Bank President Haruhiko Kuroda to be the next Governor of the Bank of Japan; and the Italian elections are wrapping up, with the first exit polls due out at 09:00 EST/14:00 GMT today. Let’s address these points individually.

Although the United Kingdom has lost one of its three top credit ratings, not much is actually changing: austerity remains in place, thanks to stubborn Chancellor of the Exchequer George Osborne; growth remains weak as the Bank of England is handicapped by a divided Monetary Policy Committee; and inflation pressures continue to run higher than policymakers have forecasted. I remain very bearish on the pair, and will proceed to sell any and all rallies, barring a drastic shift in the Federal Reserve’s recently hawkish rhetoric.

The BoJ nomination is interesting because, as Sara Eisen at Bloomberg News points out, Mr. Kuroda said in November 2002 that the USDJPY was too weak at ¥120.00. With the USDJPY trading near ¥93.60, at the time this report was written, I’m can with a fair degree of certitude that Mr. Kuroda thinks that the Yen is too strong at present. With energy imports’ costs already surging, a weak Yen is likely to bring more pain. 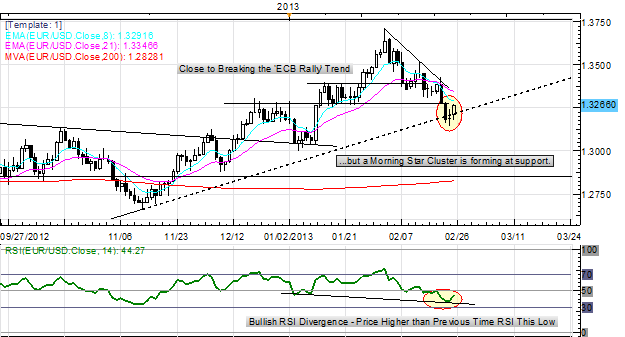 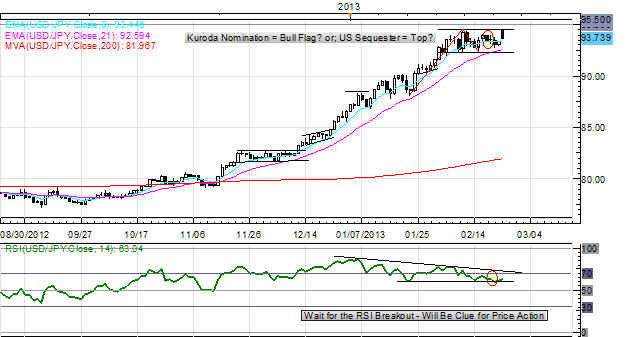 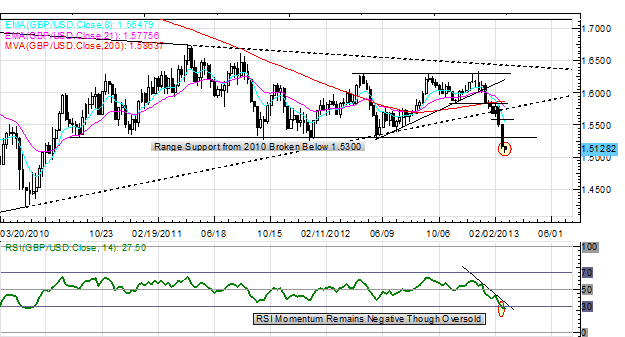 GBPUSD: No change: “Selling persists on further bad data from the UK and dovish commentary from the BoE, setting up for a test of the significant June 1 low at 1.5265/70. With technical conditions extremely oversold on shorter-term timeframes (1H and 4H) and longer-term views moving to extremes as well, a rebound at such a significant level wouldn’t be surprising. Support comes in there and 1.5000. Resistance is 1.5425/50, 1.5560/80, and 1.5660/80. [A massive daily Hammer has formed] – it appears the rebound may be finding footing.” 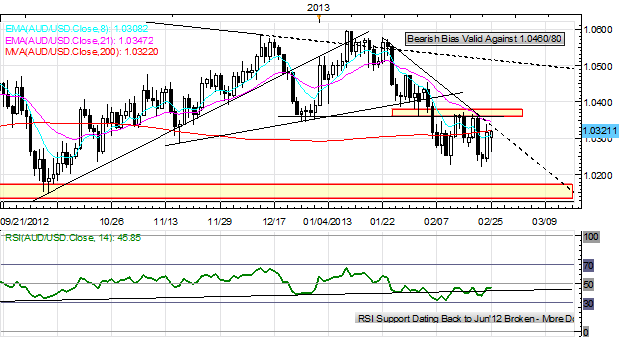 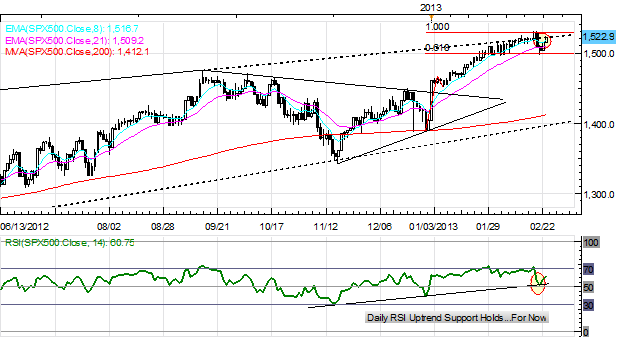 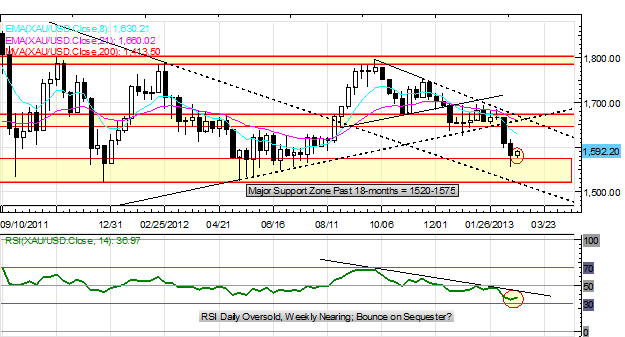