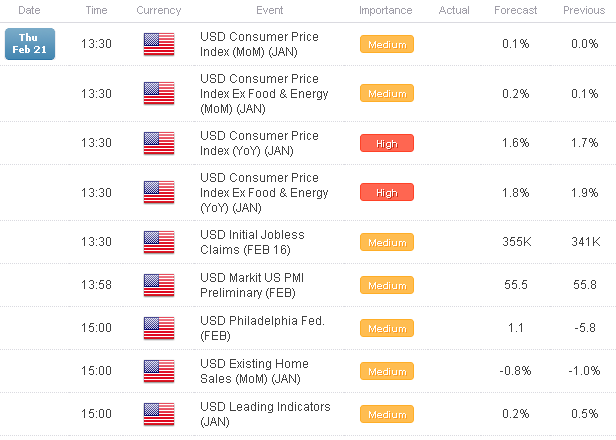 The past 24-hours have been nothing short of exciting. Yesterday started off with the Bank of England and the Reserve Bank of New Zealand entering the fray by talking down their respective currencies (truly, a perfect example of mob mentality), only to be trumped by the Federal Reserve signaling the exact opposite – that monetary policy may be too loose, and that it might be time to consider potential exit policies in order to limit systemic risk.

The Fed’s January meeting Minutes came at a curious time: European data has been getting worse; immeasurable Italian elections are in the next few days, which could very-well see Silvio Berlusconi return to power; China is starting to signal tightening as the housing sector overheats; and the US budget sequester is scheduled to hit in eight days. So while any signs that the Fed may be winding down its ultra-loose monetary policy is generally viewed as a confirmation of US economic strength, with investor sentiment at an inflection point (for the reasons just listed), it has generally provoked a shift away from high beta currencies and risk-correlated assets.

As the US Dollar has strengthened, it has benefited the most against the Euro, while the Japanese Yen has rallied hard. This, to me, is a clear sign of fear starting to set in: US Treasury yields are starting to compress (the 2s10s spread is narrowing) despite the Fed saying it is moving towards a tighter policy stance. Perhaps it is thus the time to look towards the Yen as the preferred safe haven vehicle rather than the US Dollar – Japan is limiting its loosening options, while the next major Yen-negative catalyst won’t likely arrive until after Japanese Prime Minister Shinzo Abe returns from his visit to the US, at which point he should name a new Bank of Japan leader (Governor Masaaki Shirakawa steps down on March 19). 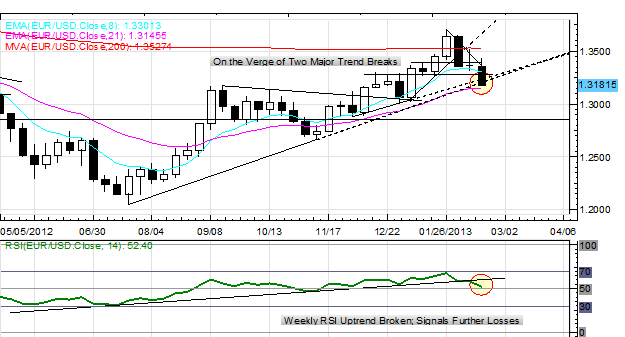 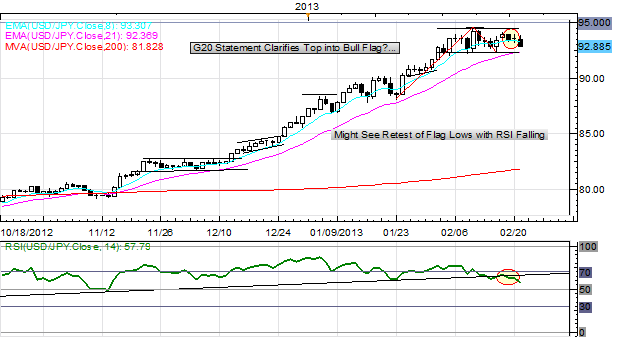 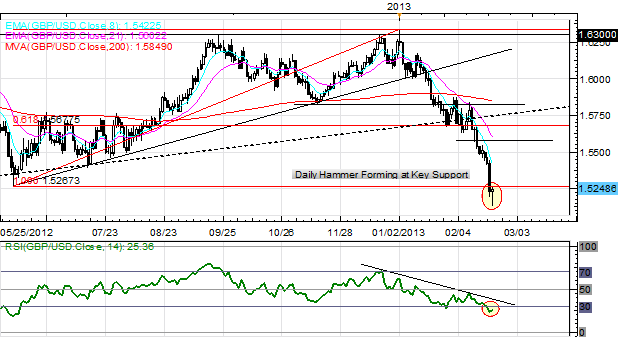 GBPUSD: Yesterday I said: “Selling persists on further bad data from the UK and dovish commentary from the BoE, setting up for a test of the significant June 1 low at 1.5265/70. With technical conditions extremely oversold on shorter-term timeframes (1H and 4H) and longer-term views moving to extremes as well, a rebound at such a significant level wouldn’t be surprising. Support comes in there and 1.5000. Resistance is 1.5425/50, 1.5560/80, and 1.5660/80.” Now, a massive daily Hammer is forming – it appears the rebound may be finding footing. 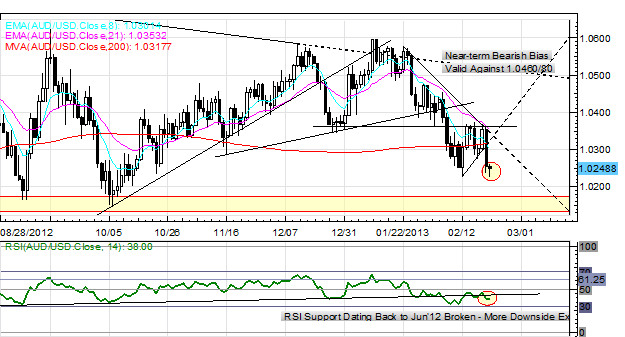 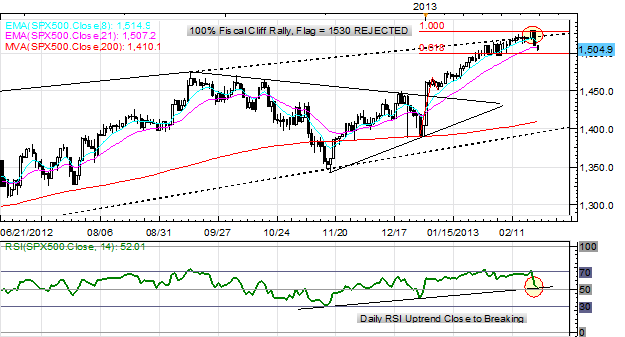 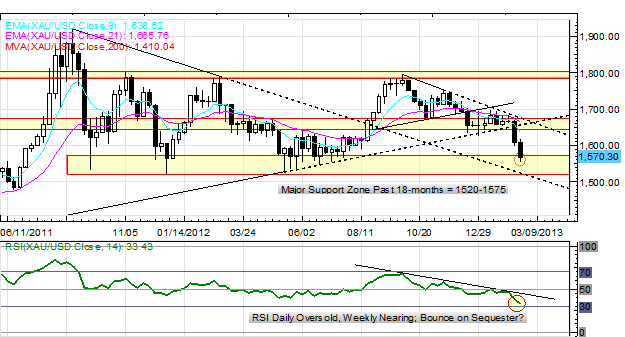