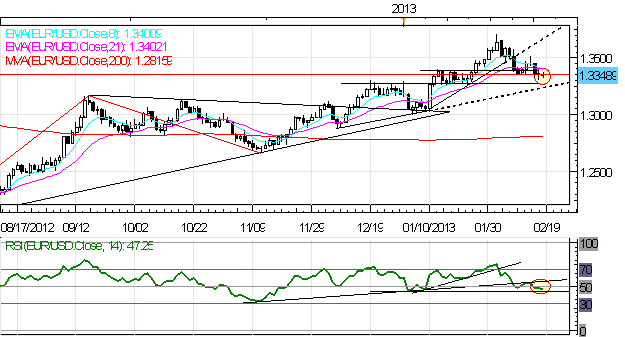 Price action has been relatively tame to start the week, with all but one of the majors trading in a +/-0.30% band against the US Dollar – save the Japanese Yen, who has started the week lower by -0.52% against the world’s reserve currency. Although US markets are in holiday mode, traders have been eager to start dumping the Yen once more after the G20’s leadership bloc explicitly left out condemnation of Japan in its communique from the meetings in Moscow, Russia this weekend, seemingly paving the way for further unabated depreciation.

Today’s price action has been a perfect example of what I mean when I conjecture that this is a ‘Yen-centric’ market. As the Yen has lagged the majors, it’s not the high beta and risk-correlated currencies that are benefiting from further bearish speculation; that title goes to the US Dollar. And while I certainly think that the Yen has room to fall further, it’s worth noting that the US budget sequester hits in less than two weeks, with US politicians making no material headway into stemming the massive budget cuts, which would assuredly sink the economy back into recession.

Thus, even as the technical for the US Dollar’s two ‘alternatives’ – the Yen and Gold – have started to breakdown, it’s important to consider that a short-term swing in sentiment could prompt reversals very easily. The last two times US politicians brought the US economy to its knees for the sake of political grandstanding, in July/August 2011 and December 2012, both the Yen and Gold found favor among investors, if only to hedge against perceived credit and political risk to the US Dollar. Accordingly, as this deadline creeps closer, it would not be surprising to see both the Yen’s and Gold’s losses slow, if not reverse for a short period of time.

There are no signfiicant events on the docket today during the US session. 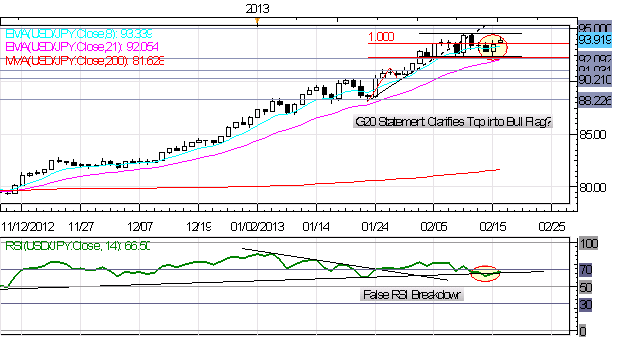 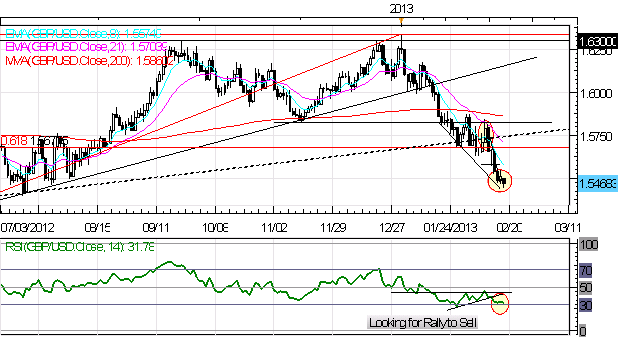 GBPUSD: The pair has fallen further after BoE policymaker Martin Weale said that a weaker Sterling helps exporters; seemingly, he has no problem with the Sterling weakening. Enter another participant in the ‘currency war.’But with the 4H and daily timeframes starting to look oversold, a rally back into 1.5750/800 shouldn’t be ruled out before a move towards 1.5265/70, the June low. Resistance comes in at 1.5570/80 (monthly S1) and 1.5675. Support is 1.5480/500 and 1.5380. 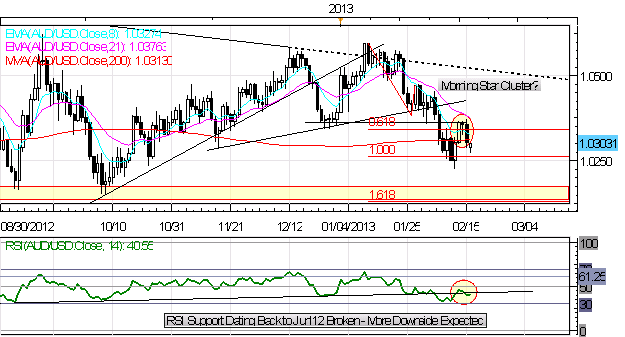 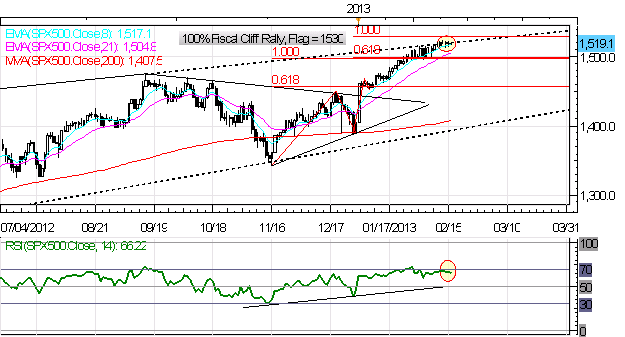 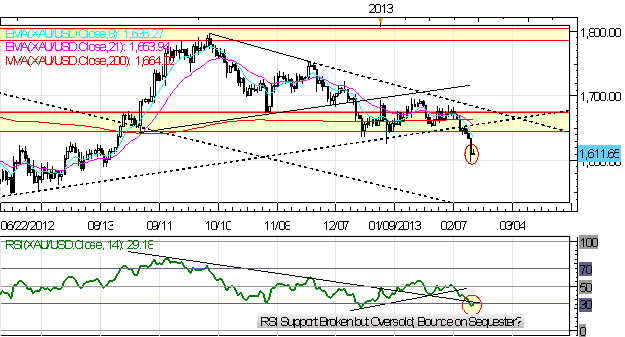 GOLD: Gold broke below trendline support off of the January 2011 and May 2012 lows at 1650 last week, prompting a sharp sell-off into 1600, where price broke out in mid-August before a rally into the post-QE3 high at 1785/1805. However, with oversold conditions persisting on the 4H and daily timeframes, a rebound should not be ruled out; each of the past two daily RSI oversold readings has produced a rally in short order. Resistance is 1625 and 1645/50. Support is 1585 and 1555/60.