FX markets have been more or less paralyzed thus far on Friday, as investors across the globe await word from the G20 meetings in Moscow, Russia, about potential actions taking towards countries offering up aggressive policy stances towards their currencies. Cutting through the muck, this essentially means that nations will take a harder stance on Japan’s Yen-debasement policy, which has been used to help the Japanese economy “reflate.”

This brings into question the viability of the condemnation that is expected; of course, over the years, we’ve heard on numerous occasions that ‘exchange rates are determined by market forces’ and that ‘any policies explicitly implemented to devalue a currency are highly frowned upon.’ If the G20 statement is in line with what the G7 said – that targeting exchange rates (cough cough, Japan) should not be a policy – I would expect a significant pullback in the Yen-crosses (AUDJPY, EURJPY, USDJPY, etc., lower). However, because of how feeble this potential G7/G20 stance is, any near-term strength in the Yen is a good opportunity to sell, in my opinion: the Yen and the Nikkei 225 have moved inversely the past few months; and this past weekend, Japanese officials were quoted as saying that they’re targeting 13000 in the Nikkei 225 by the end of March. The Nikkei 225 is at 11173.83 presently; this would necessarily suggest that if this target were to be reached, the Yen would have to weaken even further.

Elsewhere, the British Pound remains horribly weak as yet another data print comes across as severely negative. Retail Sales unexpectedly contracted in January, further underscoring the notion that another year of austerity is going to hurt the economy. Considering consumption accounts for roughly 62-65% of UK GDP, any continued weakness in Retail Sales will hurt the Sterling even further. 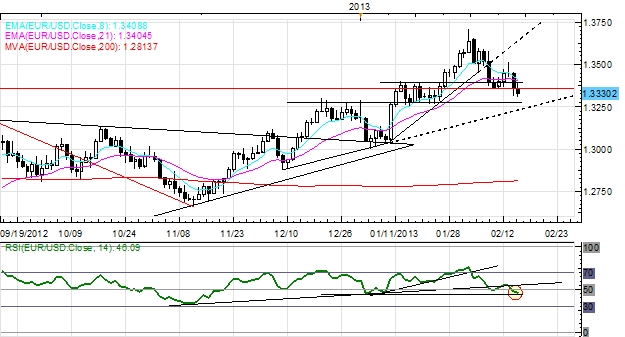 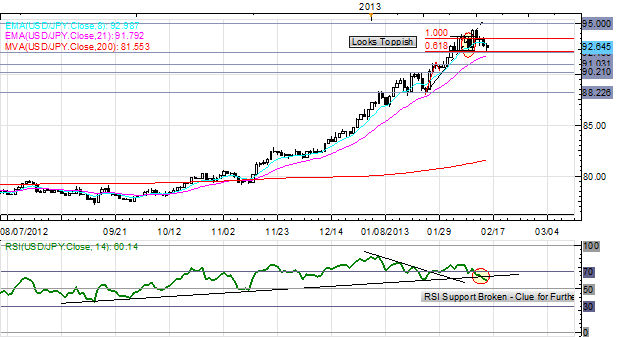 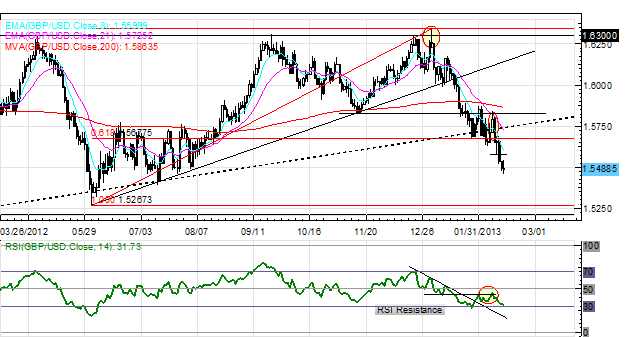 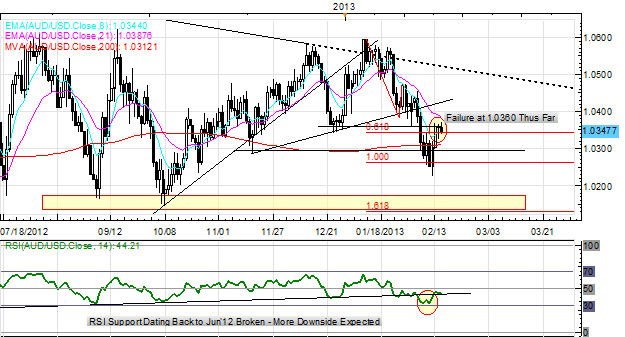 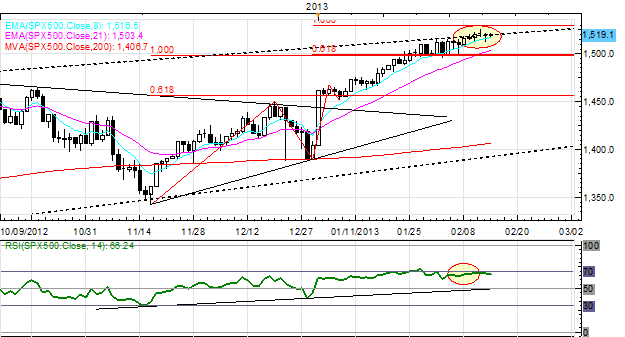 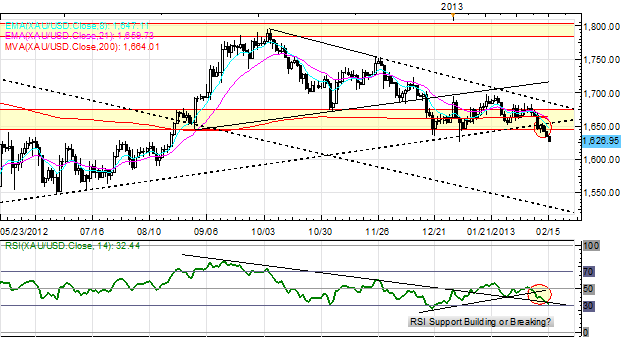