Euro Plummets as Growth Across Continent Contracts to Crisis Levels

Yesterday, it was the British Pound’s turn to take a nose dive, falling apart after the dovish Bank of England Quarterly Inflation Report. Today, feeling left out in the race to the bottom, the Euro decided to join the ‘party,’ sliding by nearly a full percentage point against the US Dollar and to under 1.3350 – well-off its February 1 high of 1.3710 – as a bevy of important Euro-zone growth data disappointed across the board.

Not one single aspect of any 4Q’12 GDP data this morning – not on a quarterly or yearly basis, not from France, Italy, Germany, or the broader Euro-zone itself – beat consensus expectations provided by Bloomberg News. And yet what do European officials have to say? “We are aware the economic activity remains weak,” but, the data “are broadly in line with our expectations,” said Simon O’Connor, a spokesman for the European Union Economic and Monetary Commissioner Olli Rehn. Maybe this is the confirmation that the EUR/USD top is in place, something I conjectured on February 4.

This political complacency towards the weak growth situation across the continent is troublesome, because it not only confirms that the attitude of ‘just doing enough to satiate markets’ is persisting, but it means that the impetus to save the Euro-zone remains in the European Central Bank’s hands. While this is a burden that they undertook by promising to do “whatever it takes” to save the Euro, it now means that calls for an interest rate cut are likely to increase in the coming week. Until there is further policy clarification from President Mario Draghi, there will be an inherent underlying dovish push against the Euro in this regard. This should at least counterbalance any upside afforded by the LTRO repayments coming in. Focus is now on the Italian elections on February 24 and 25, which offers further downside in the Euro should Silvio Berlusconi win (polls currently have him trailing by -3.7%, within the +/-4% error margin). 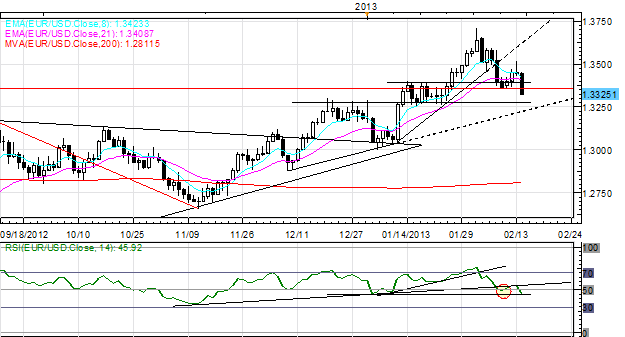 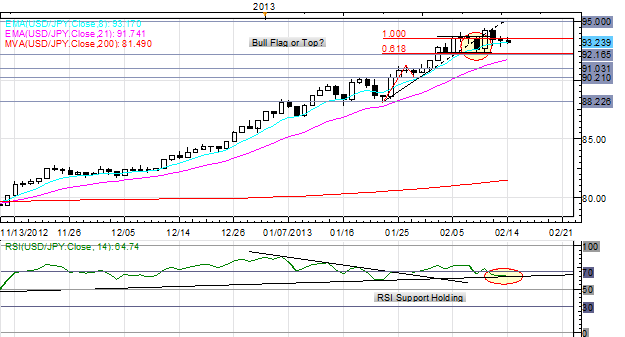 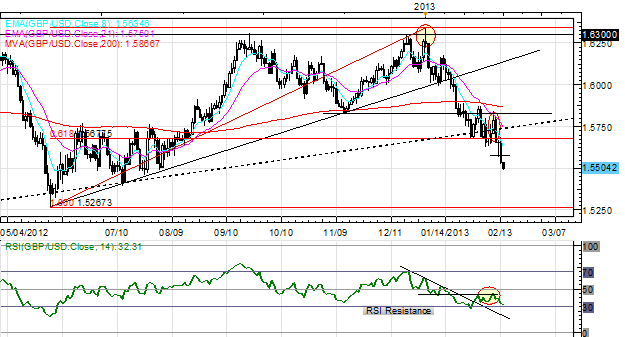 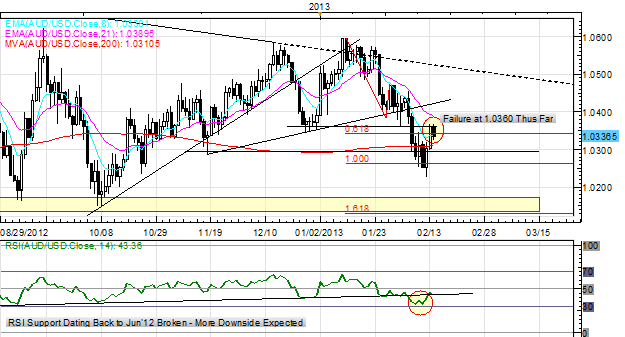 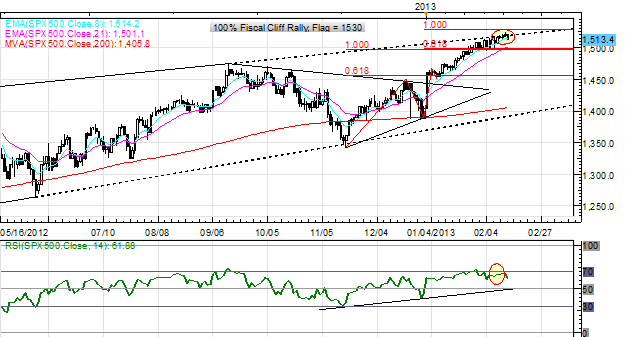 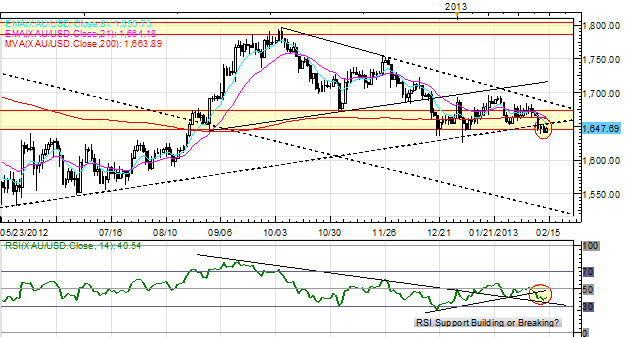