One look at the GBPJPY and you’d be led to believe that all was well across the pond; after all, since mid-November, the pair had rallied over +2000-pips, and is up over +500-pips in the first six weeks of 2013 alone. While this seems like an impressive performance, it is entirely misleading: the British Pound is the second worst performing major currency this year, leading only the Japanese Yen – not exactly a feat of strength. Against its two highly traded counterparts, the Euro and the US Dollar, the Sterling has fallen by over -6.50% and -4.25%, respectively since the start of the year. News out of Britain today has done little to suggest the Sterling’s decline may be finished.

The Bank of England’s Quarterly Inflation Report was released today, and as has been the rumor for the past few days, the UK’s central bank did indeed downgrade its forecasts of the economy. Governor Mervyn King, whose term ends in July, went so far as to say that the BoE could “look through” elevated levels of inflation, as it becomes clearer that the fiscal drag present due to continued austerity from Chancellor of the Exchequer George Osborne will weigh on growth.

This is important for two reasons, both of which suggest further Sterling weakness ahead, despite the GBPUSD setting a fresh yearly low at 1.5533 today. First, it means that more quantitative easing could be on the way. Over the past several years, the combination of low interest rates and increased asset purchases has translated into lower yields on Gilts (British sovereign bonds), which dampens the appeal (return) on Pound-denominated assets. Second, it means that inflation is likely to run higher, further siphoning purchasing power from the British consumer – one who is already hamstrung by higher taxes and a weak, albeit slightly improving, labor market. Fittingly, the forecast for the Sterling calls for dark clouds ahead. 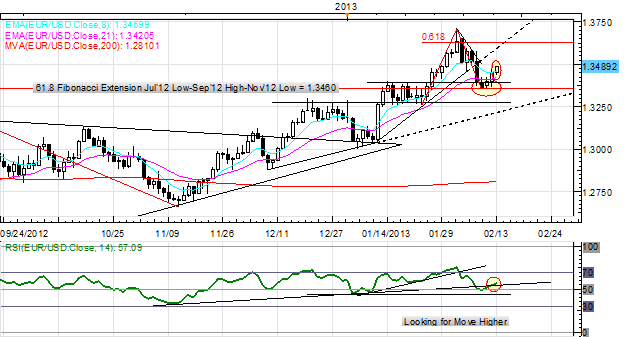 EURUSD: Price has rebounded towards 1.3500, but the view remains the same: “Price has steadied below 1.3400, entering the Bull Flag range set in mid-January, from 1.3280 to 1.3390. On lower-term timeframes, a Bear Flag may have formed, with the measured move pointing to 1.3280/300. A break lower can’t be ruled out, but as long as the ascending trendline off of the mid-December and early-January lows holds at 1.3215/35, any setbacks are seen as near-term corrections.” 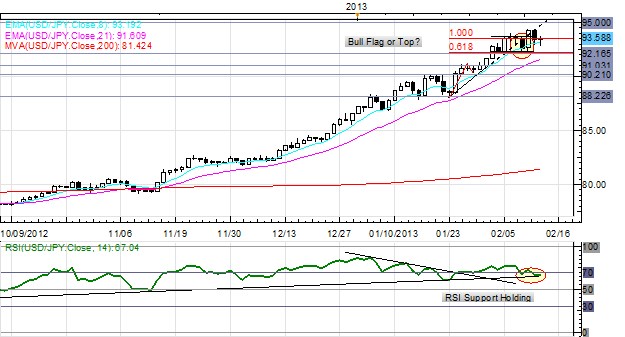 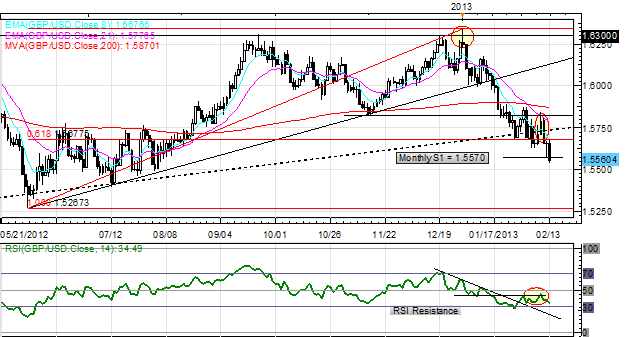 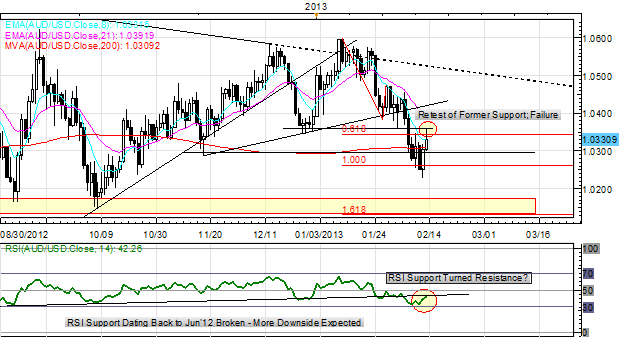 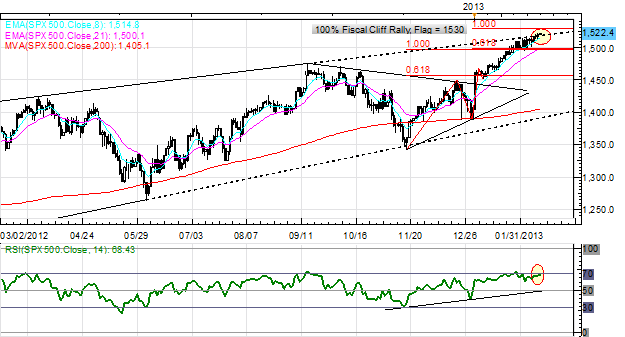 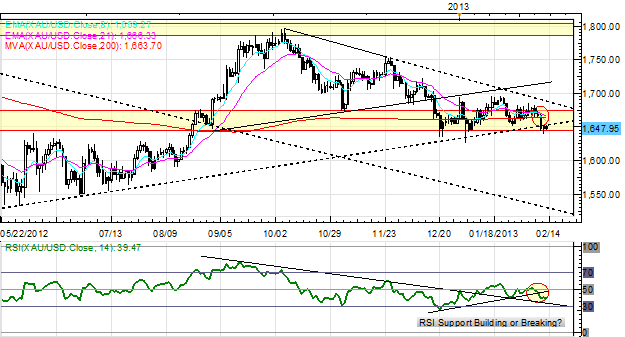