With major central bankers and politicians convening this week in Moscow, Russia, some of the bigger players have come out with some choice words on recent movement in FX markets. Undisputedly, 2013 has been characterized by nothing short of increased volatility across the majors – despite this volatility being absent in other asset classes – and today has proved to be a continuation of that trend.

Japanese Finance Minister Taro Aso started off the day by saying that G7 leaders soothed concerns that Japanese policies were aimed at weakening the Yen, rather than at trying to help the economy. “Abenomics,” as the policies have been dubbed, involve stimulating the economy to that point that inflation kicks back in, otherwise known as “reflation.” Markets have thus far interpreted this as a green light for further risk taking, with the safe havens, the US Dollar and the Yen, falling sharply in hours ahead of the US trading session. If the G7 is endorsing Japan’s policy of reflation, they are endorsing the sharp depreciation of the Yen; perhaps the Yen collapse is only in its beginning phases.

It wouldn’t be a true ‘currency war’ (I term I despise as these policies being so publicly discussed are far from new, but it’s the accepted meme-du-jour, so here we are) unless there were other players in the market, so of course the Swiss National Bank’s Thomas Jordan – the architect of the EURCHF floor at 1.2000 – had to chime in and say that the SNB expects the Franc to fall further; this too has yielded additional risk taking. With the Bank of England inflation report due tomorrow with a underlying dovish tone – one inherent of more easing – expect another shot to be fired. 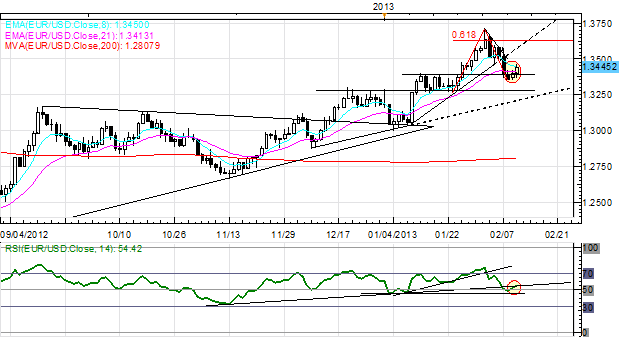 EURUSD: Price has rebounded above 1.3400, but for the most part, the view remains the same: “Price has steadied below 1.3400, entering the Bull Flag range set in mid-January, from 1.3280 to 1.3390. On lower-term timeframes, a Bear Flag may have formed, with the measured move pointing to 1.3280/300. A break lower can’t be ruled out, but as long as the ascending trendline off of the mid-December and early-January lows holds at 1.3215/35, any setbacks are seen as near-term corrections.” 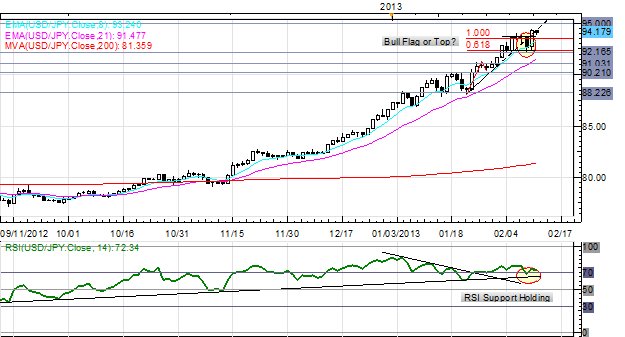 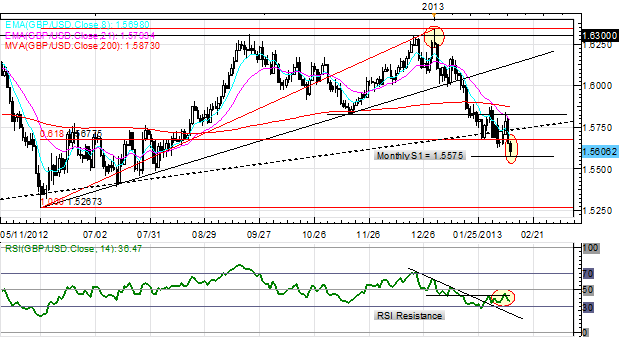 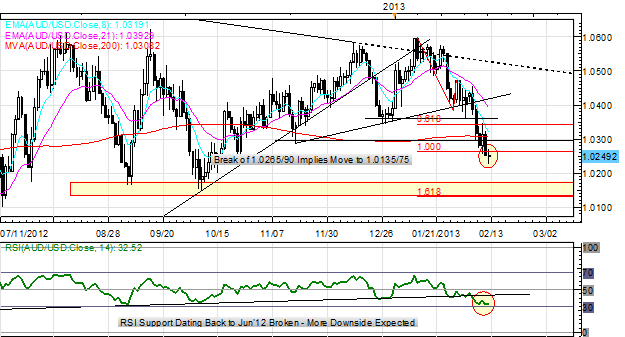 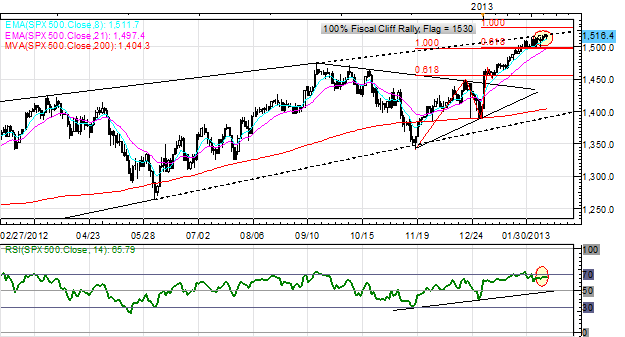 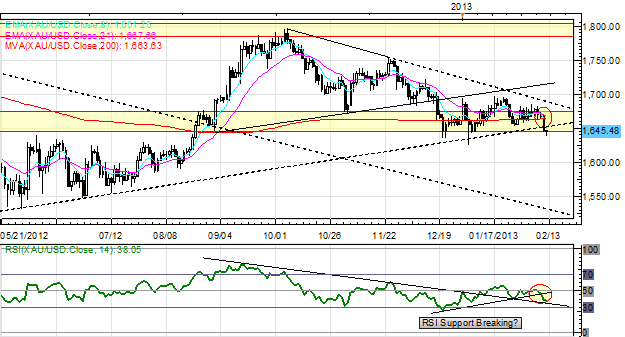