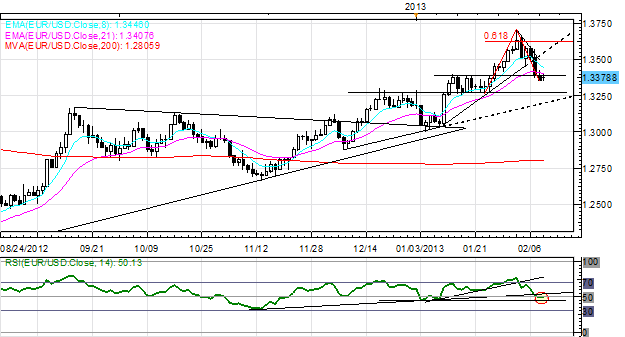 Forex: Monday, a Microcosm of 2013: Euro Leads as Sterling and Yen Tumble

With light news flow over the weekend, the market has been afforded time to ‘reset’ and return to trends that persisted throughout January. Mainly, this has amounted to strength in equity markets on lower volumes, a slight upward drift in government bond yields, and of course, further jostling in FX markets. Today is thus best described as a microcosm of 2013: the Euro leads, the US Dollar (denoted by the Dow Jones FXCM Dollar Index (Ticker: USDOLLAR)) continues to push higher, while the British Pound and the Japanese Yen lead to the downside.

With respect to the British Pound: after the world’s oldest currency saw strength after incoming Bank of England Governor Mark Carney’s testimony on Thursday, reality seems to have overtaken perception, as reports have circulated that the BoE is close to lowering its growth forecasts for the British economy once more. Mr. Carney suggested that the BoE wouldn’t stray from its contemporary inflation targeting policy, and with inflation stubbornly high, this led speculators to believe that no further expansionary monetary policy would be levied.

However, the economic situation in the United Kingdom is dire. Although the labor market picture is getting brighter, stagflation essentially remains: weak growth, high inflation, and a high rate of unemployment. With austerity continuing for at least another year and inflation running high, consumption is likely to remain tepid at best, meaning that the BoE will have to do more to offset the current fiscal drag. If Mr. Carney is indeed planning to maintain the BoE’s current policies (rather than adopt a nominal GDP target), then more QE from the BoE should be expected, which historically has increased demand for Gilts, lowering yields and thus the appeal for the British Pound.

There are no key events on the economic docket for the US session today.

EURUSD: Price has steadied below 1.3400, entering the Bull Flag range set in mid-January, from 1.3280 to 1.3390. On lower-term timeframes, a Bear Flag may have formed, with the measured move pointing to 1.3280/300. A break lower can’t be ruled out, but as long as the ascending trendline off of the mid-December and early-January lows holds at 1.3215/35, any setbacks are seen as near-term corrections. 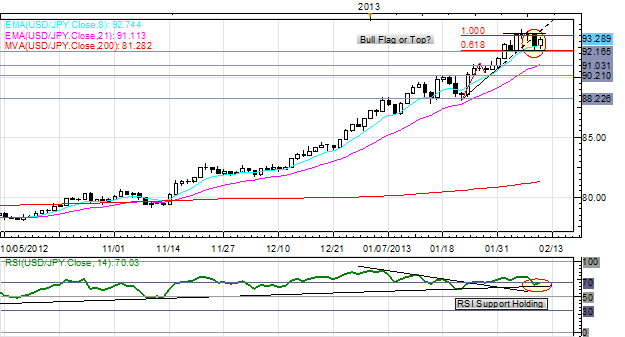 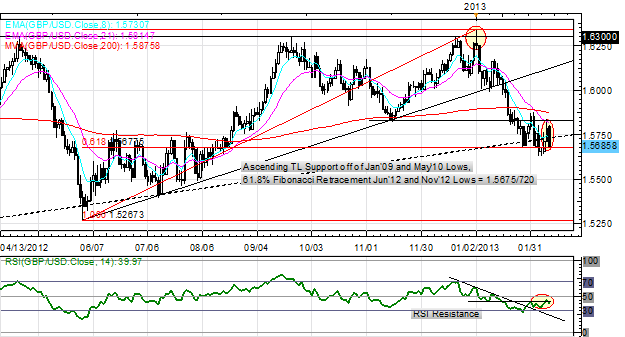 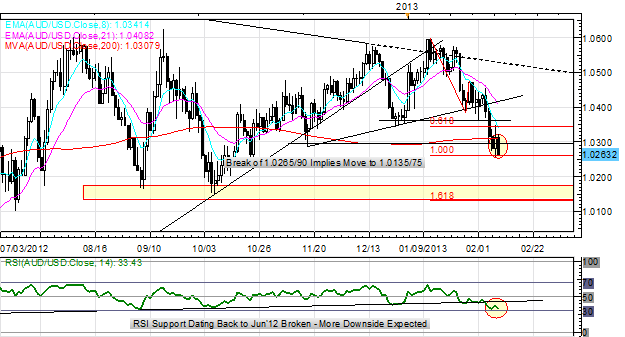 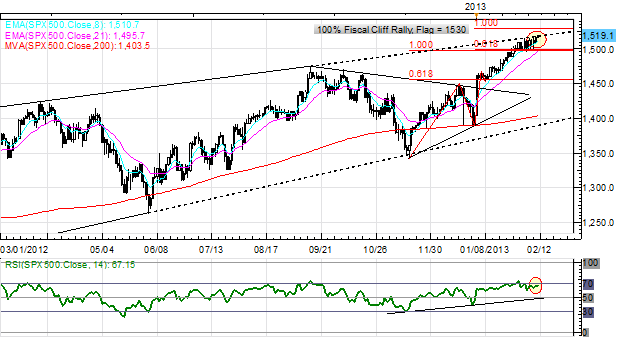 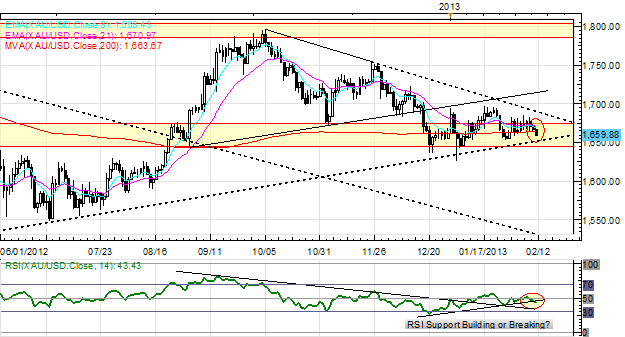