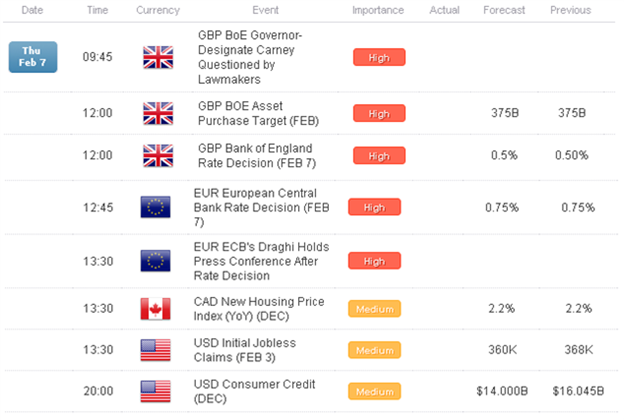 It’s the first Thursday of a new month, and as is the case in most months, the Bank of England and the European Central Bank are readying to announce their respective policy stances for the coming weeks. And yet, while neither central bank is expected to announce any new measures – especially the BoE, which is more or less a sideshow as incoming BoE Governor Mark Carney answers questions (still ongoing, at the time this report was written) in front of the British parliament – both the British Pound and Euro are finding elevation today.

While there’s little reason to interpret Mr. Carney’s message to the various MPs he’s conversing with presently, and the impact on the Sterling, the ECB Rate Decision poses a much more interesting – and more important – dilemma for the Euro.

Although no change in policy is expected, there have been two major storylines around the Euro: the ECB’s balance sheet is shrinking; and many periphery countries’ politicians have chided the high EURUSD exchange rate. By no means will ECB President Mario Draghi address these concerns in context of a policy shift; the emergency, financial aspect of the sovereign debt crisis has been stemmed, meaning that the ECB expects banks to repay emergency loans – the LTROs. These repayments will continue. On the same token, the Euro is not overvalued, according to the most important economy in the region – Germany; just today, the government said that a high EURUSD exchange rate is a sign of confidence and in the region.

Accordingly, we’re expecting more of the same from the ECB – growth remains weak, governments need to do more to address fiscal issues, and the ECB stands ready to support sovereign yields if worse comes to worst. With the EURUSD maintaining its upward trend from January, any dips are viewed as constructive. 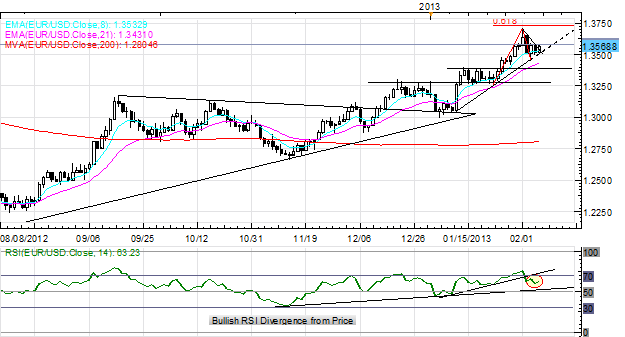 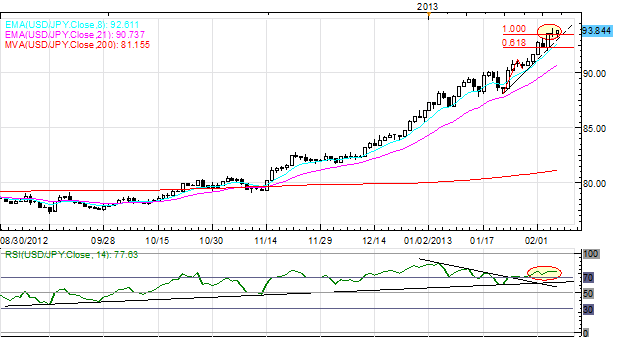 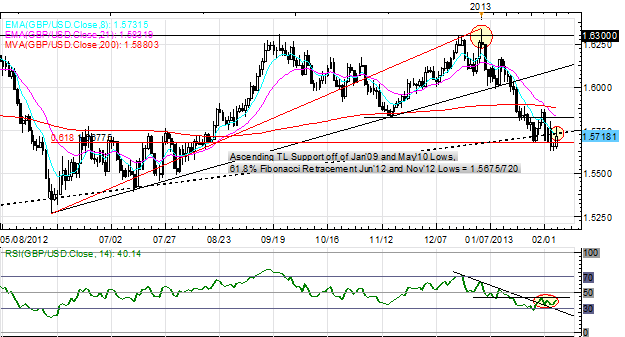 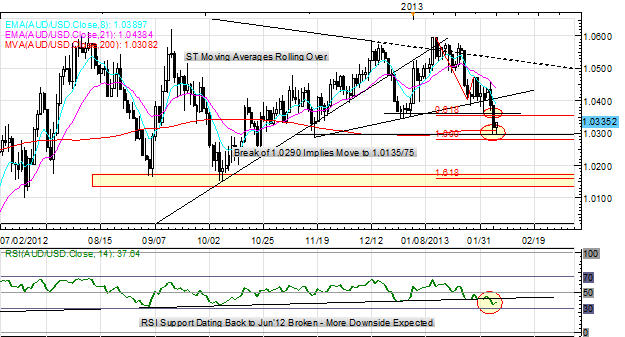 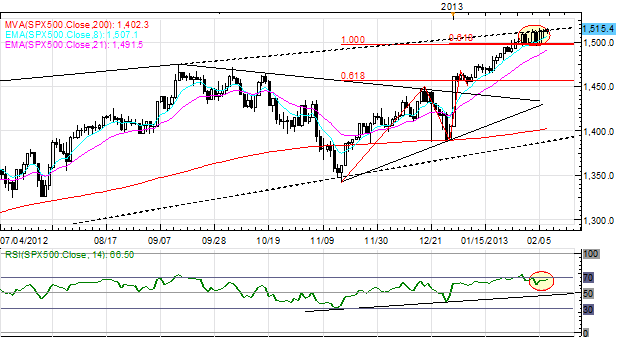 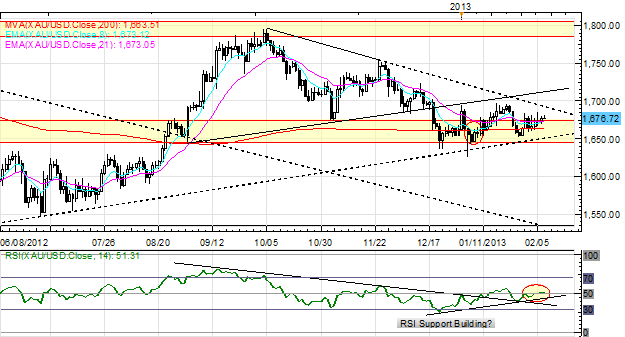