Forex: USD/JPY Soars Above ¥93 After BoJ Governor Steps Down

The Bank of Japan is about to get a lot more dovish, and sooner than previously thought. Earlier today, Masaaki Shirakawa announced that he would retire from his position as BoJ Governor on March 19, about one month earlier than previously anticipated. While it does not appear to be a political move that motivated Mr. Shirakawa to abandon his post – Prime Minister Shinzo Abe has been aggressive in his calls for a more sympathetic BoJ governor, but has never said he would replace Mr. Shirakawa early – it is clear that only those with the most dovish tendencies will dictate policy.

The Yen has reacted as one would expect, weakening across the board as the timeline for additional easing has been theoretically accelerated, now that Mr. Shirakawa will be ‘out of the way’ sooner rather than later. Despite implementing a +2.0% yearly inflation target and promising to begin a ¥13 trillion/month ($145 billion) open-ended easing program in January 2014, there are still a litany of other policies that could be implemented, in the BoJ’s effort to stoke growth and inflation. The BoJ could (measures that aren’t priced in): accelerating the timeline for open-ended asset purchases; increasing the size of the asset purchases; extending the maturity of bonds under its current asset purchase program; cutting the main interest rate from +0.10% to 0.00% or even negative rates; or cut the interest paid on excess reserves (IOER), to provoke banks into lending further (an effort to stimulate inflation).

The Yen’s weakness has lifted the USDJPY above ¥93 and the EURJPY back above ¥126 – in fact, the EURJPY has rallied nearly +200-pips from the daily low already, just over the past few hours alone. Italian and Spanish political issues have come back into the foreground, which portends to Euro weakness; however, this is entirely dependent on what happens with yields. 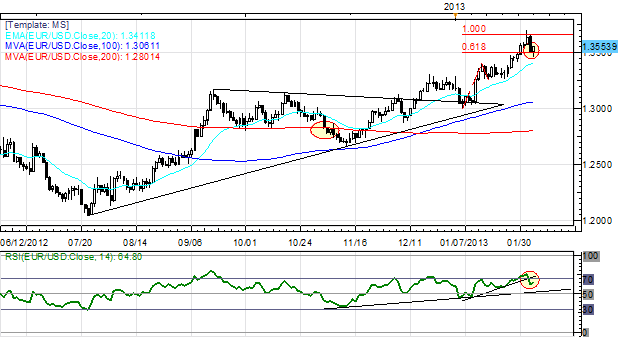 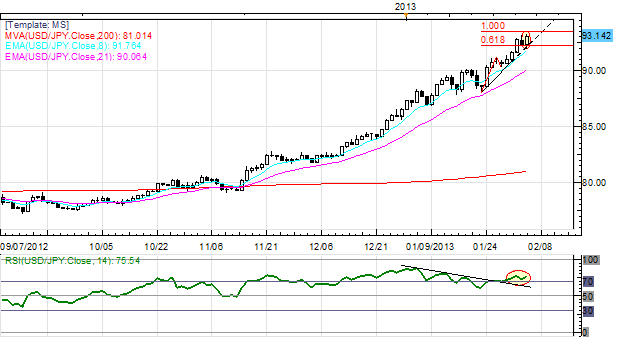 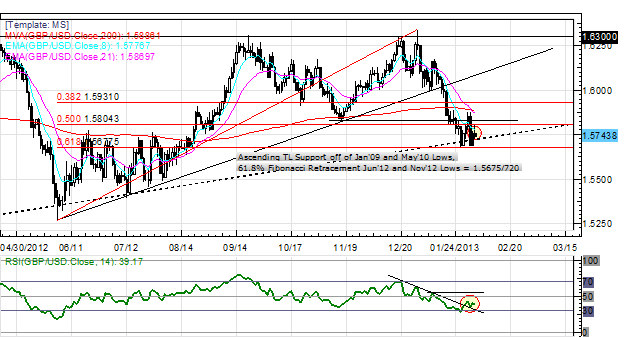 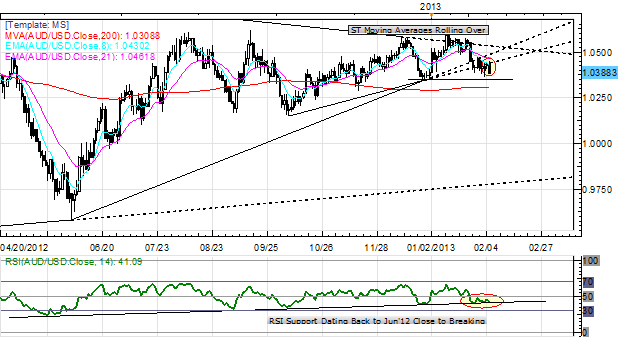 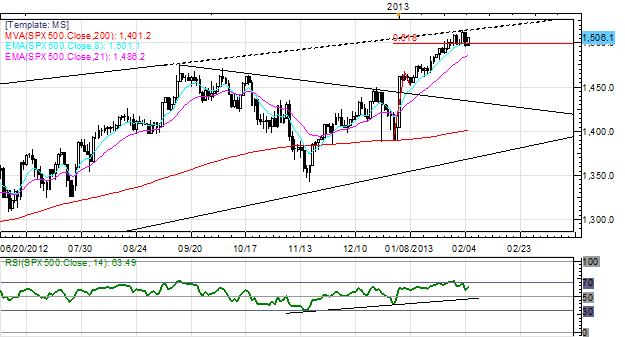 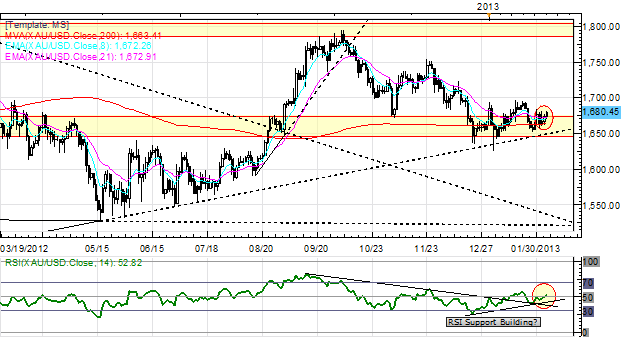