The past several days may very well be looked back upon as a major inflection point in the 1Q’13: the most significant US economic data released beat expectations handily, while even the outlying disappoints come with substantial circumstantial annotations, if only to suggest that any near-term US economic weakness is “transitory,” something the Fed itself said in its policy statement last week. And while the US picture is growing brighter – as noted by the ever-so important rally by US Treasury yields – all of the sudden the situation in Europe looks unstable once more.

This week was already expected to provide volatility across Euro-based pairs, with a highly anticipated European Central Bank meeting on the calendar on Thursday. While no policy change is expected at this meeting, the recent drawdown in the ECB’s balance sheet (via LTRO repayments) as well as the recent rapid appreciation by the Euro, has stoked not only liquidity concerns, but also concerns that Euro-zone exporters’ competitiveness may be eroding at a very fragile time. Accordingly, a more neutral tone is expected this week, if only to offset the prior hawkish tone set forth by the ECB at the January meeting.

When considering the ECB meeting this week in context of the weekend’s events, it is possible that the Euro may have set a top against the US Dollar in the near-term (each currency’s narratives are diverging). The Italian elections due in a few weeks are seeing a closely-contested race, with former prime minister and widely-viewed ‘Euro-negative’ candidate Silvio Berlusconi narrowing the polls. In Spain, a corruption case has rattled the government, with opposition leaders calling for PM Mariano Rajoy’s resignation, an event that would essentially be the market equivalent to the Greek elections last May. At 09:45 EST/14:45 GMT, PM Rajoy and German Chancellor Angela Merkel meet to discuss the events unfolding. 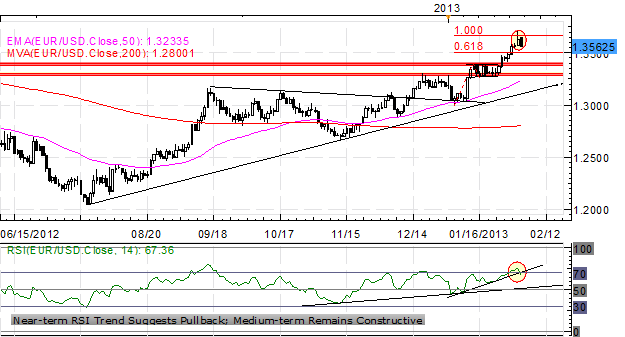 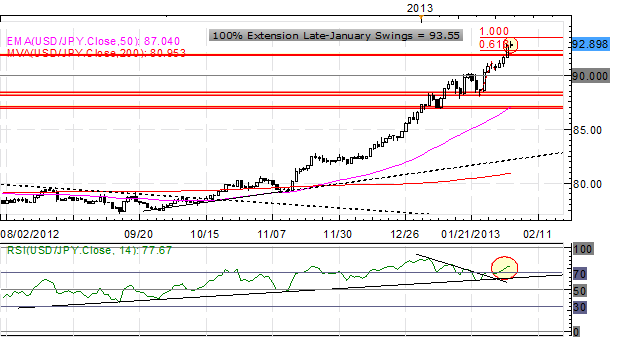 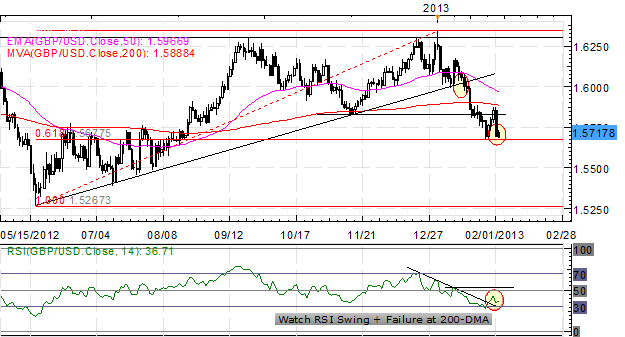 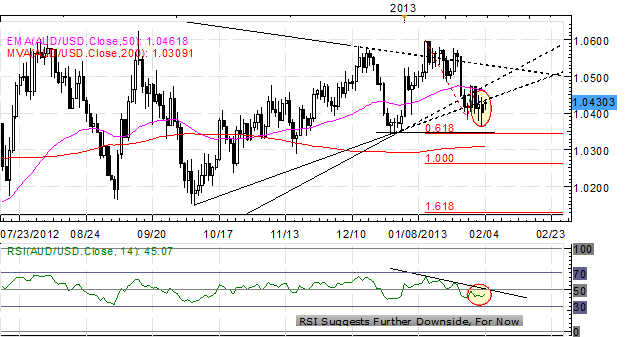 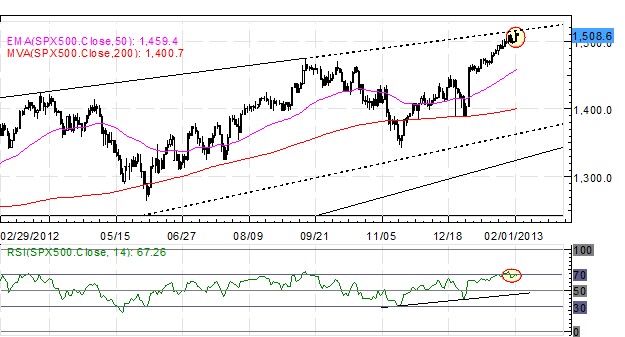 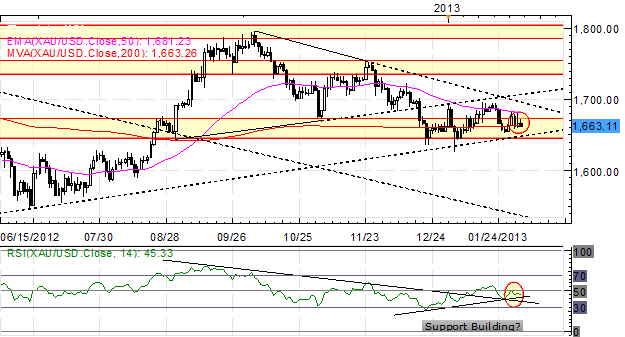