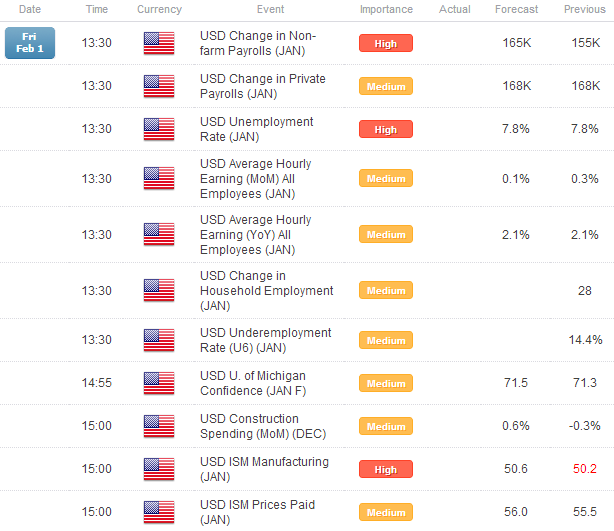 The new month has brought about more of the same: Euro strength, Japanese Yen weakness, and a very confused US Dollar. Typical correlations seen in FX have been breaking down, and today is the perfect microcosm: the Euro, the Swiss Franc, and the New Zealand Dollar are outperforming; while the Australian Dollar, the Canadian Dollar, and the British Pound are low. Typically, the Euro, the British Pound, and the Swiss Franc are highly correlated, while the Australian, Canadian, and New Zealand Dollars trade together.

But shifting trends in Euro-zone financials (with the European Central Bank tightening its monetary policy vis-à-vis LTRO repayments, while maintaining the OMT safety net underneath Italian and Spanish bonds) has not only made the Euro a stalwart on a monetary basis, but also a bit of a – prepare to be shocked – safe haven, when concern over anything has arisen. This makes sense, in the near-term, simply because the Euro-zone debt crisis, while still existing, has been quelled, removing a great deal of uncertainty that clouds many of the other major currencies.

Accordingly, while I like the Euro higher now – both fundamentally and technically – it is only a matter of time before a) the Euro-zone crisis emerges, “surprising” everyone and b) the divergence in Euro-zone and US economics could provoke a sharp turnaround in the EURUSD. This divergence should be highlighted today, when the January US labor market reading is released, in which jobs growth maintains its uptrend; the expected print of +165K (updated consensus from Bloomberg News) would come in above the three-month, six-month, and twelve-month trailing averages of +151K, +160K, and +153K, respectively. Shortly after the US cash equity open, the January ISM Manufacturing print should maintain its slight rate of growth. Any near-term pullback in EURUSD as a result of today’s prints, in my opinion, does not mean the uptrend is over. 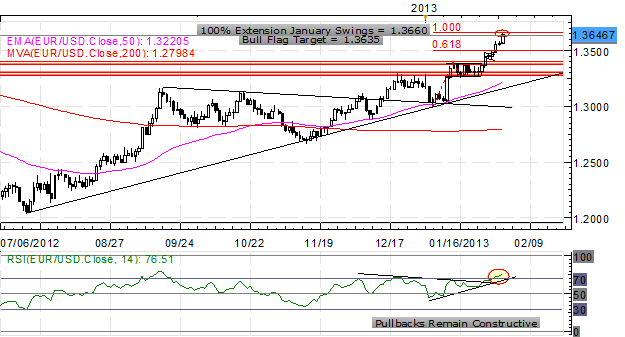 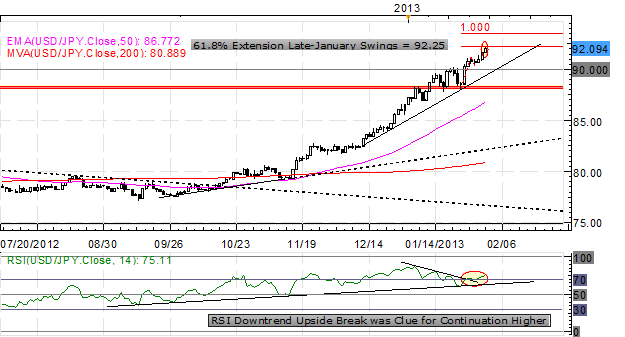 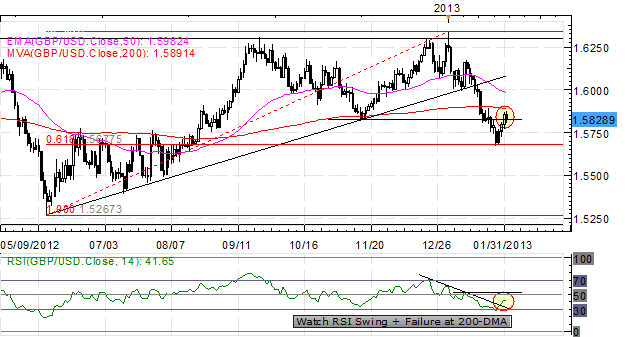 GBPUSD: No change: “The pair has rallied off of the 61.8% Fibonacci retracement from the June low to January high, but I maintain: as long as the daily RSI downtrend holds, it is possible for a move lower.” This may break today, signaling an end to the bearish bias for the near-term, and wouldn’t rule out a rally back towards the 50-EMA and significant psychological resistance at 1.5990/6000. Support is 1.5700 and 1.5675/80.” 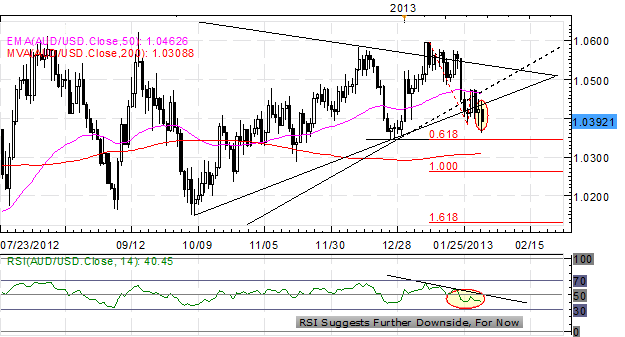 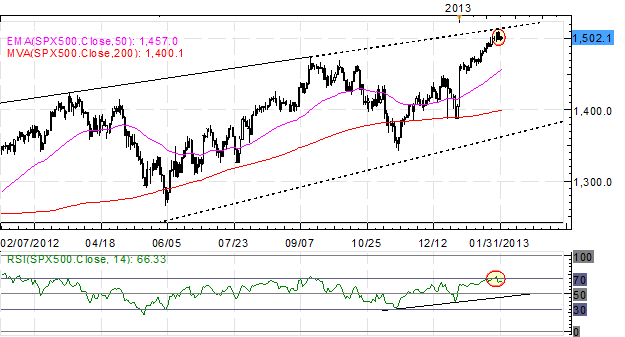 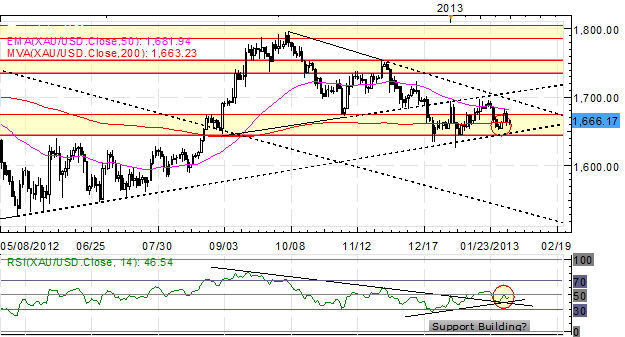