Demand for high beta currencies and risk-correlated assets is mixed after the Asian session and midway through the European session, as some better than expected New Zealand trade data has lifted both the Aussie and the Kiwi, although the Canadian Dollar continues to struggle in the wake of several bank downgrades yesterday.

Today seems like a day in which markets are coming unstuck and correlations are breaking down, as the commodity currencies have diverged quite meaningfully from US equity markets, with the S&P 500 futures pointing to an open back towards 1492. Seemingly, this has come on the back of a stronger Japanese Yen, which has continued an interesting trend of recent: strength at the beginning of the week, moderation by Wednesday, and another big sell-off by the Yen headed into the weekend.

Both the Yen and the S&P 500 are at critical junctures, considering that both are nearing levels of technical exhaustion. On one hand, Japanese policymakers are doing little to stand in the way of the Yen’s depreciation; on the other, Fed policymakers are talking about a potential exit strategy despite upping their asset purchase program in December. In both cases, volatility across major assets will be likely, as central banks grapple with the daunting task of keeping market participants calm as liquidity is withdrawn and injected at spurious moments. 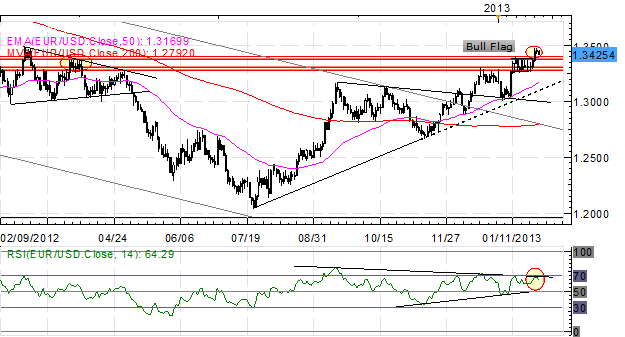 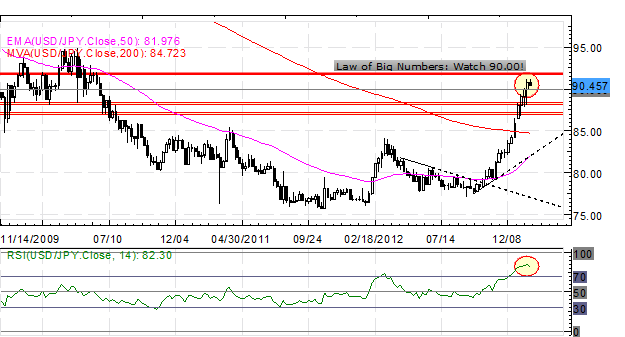 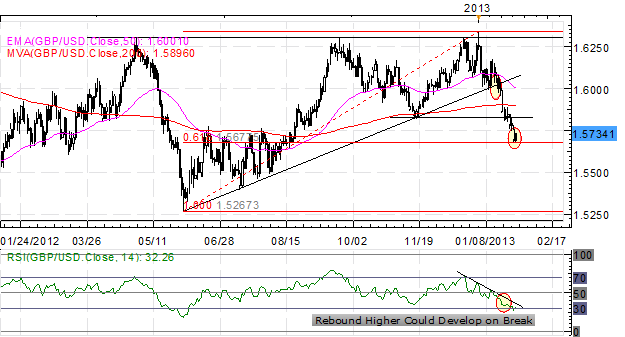 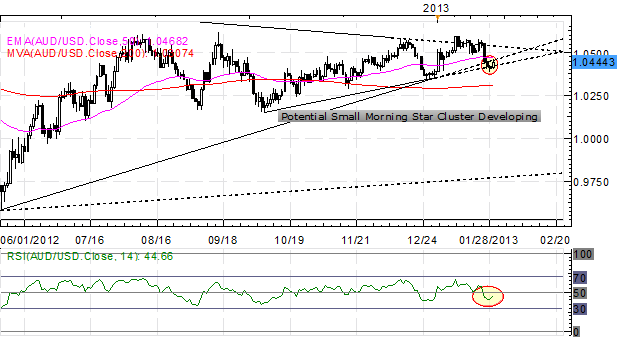 AUDUSD:The pair continues to range although it has showed signs of cracking, with both the ascending trendline off of the June low and the October low having been breached, as well as the ascending TL off of the June low and the December low. Accordingly, a weekly close below 1.0460 could signal a deeper retracement towards 1.0350/400, before a greater breakdown towards parity. Support comes in at 1.03800/400 (weekly low), 1.0340/50 (December low), and 1.0140/50 (October low). Resistance is 1.0460/70 (ascending TL off of the June and December lows, 50-EMA) and 1.0500/15. Note: A potential Morning Star candlestick cluster is forming on the daily chart, which would nullify the bearish bias and suggest a rebound back towards the highs. 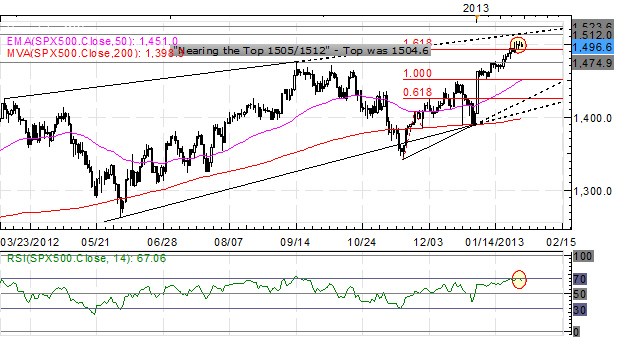 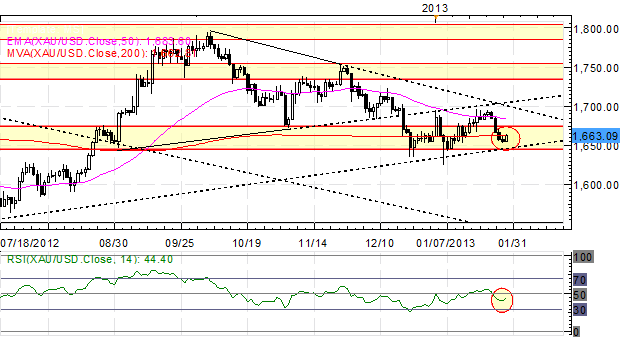