Stronger Chinese data did little to boost demand for high beta currencies and risk-correlated assets overnight, with the highly influenced Australian, Canadian, and New Zealand Dollars all softening in the hours after the print. Although the headline 4Q’12 GDP figure came in at +7.9% y/y, slightly higher than the +7.8% y/y consensus forecast, it remains substantially lower than the +9.8% y/y growth since in 4Q’10, representing a major pullback in growth the past several years. While this headline figure was slightly higher than anticipated, a deeper look into the figures shows that government spending is propping up growth, raising into question the sustainability of output going forward – hence weakness in the commodity currencies.

Elsewhere, the Euro is slightly weaker on the day as growth concerns have come back into the picture amid soft Italian industrial sector data for November, which showed the second largest contraction of 2012 in Industrial Sales at -5.4% y/y. On a related note, the EURCHF has pulled back after breaching the 1.2500 level, its highest since the Swiss National Bank implemented the floor on September 6, 2012. With the European Central Banks OMTs serving as a backstop to Italian and Spanish yields, and the crisis at a seemingly high point in sentiment, the EURCHF could perhaps be the best true indicator for regional stresses at present time. Another floor raise isn’t out of the question either; 1.2500 seems reasonable. 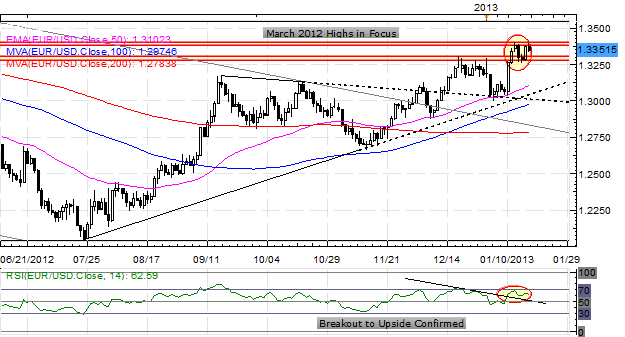 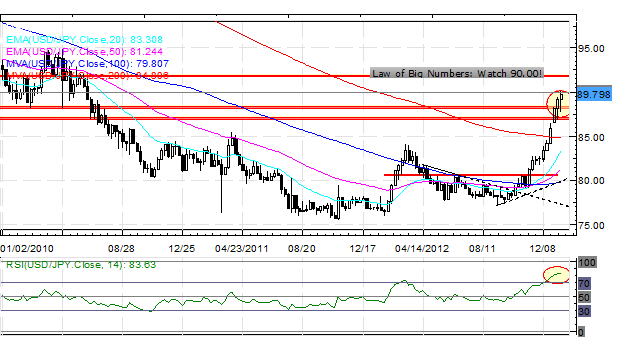 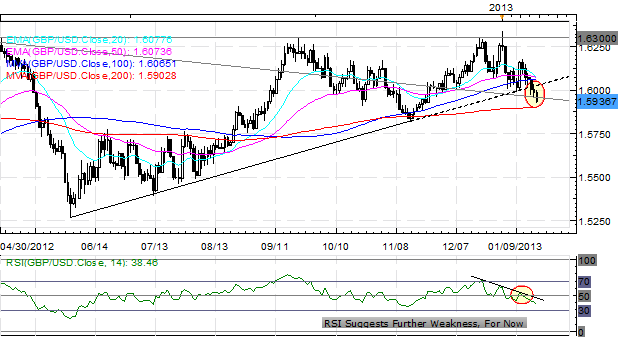 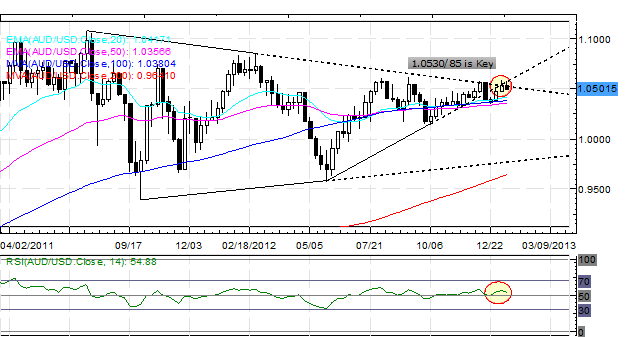 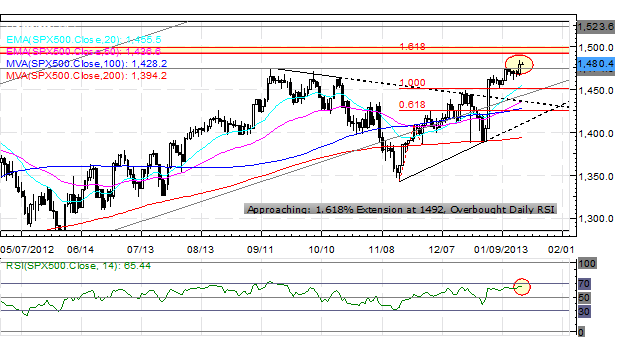 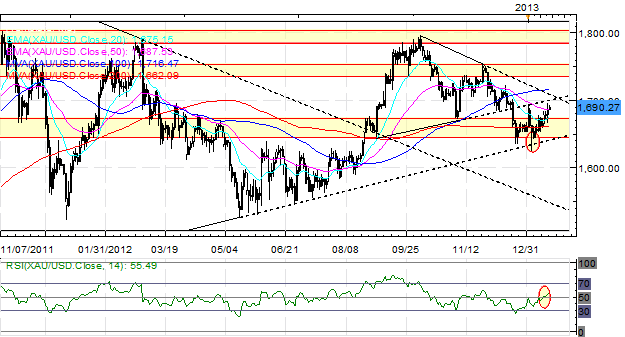