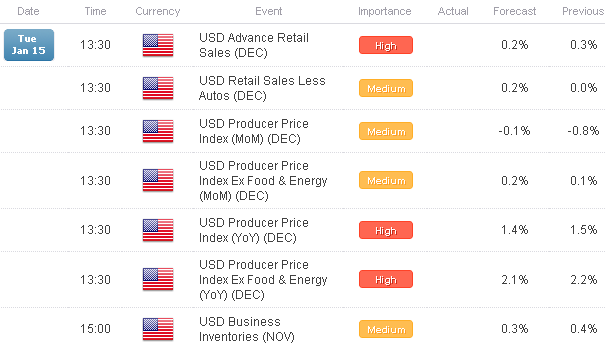 Risk appetite is dampened this morning as the Japanese Yen and the US Dollar have rebounded across the board, amid a warning from Fitch Ratings that another debt ceiling debacle would have a “material” impact on the United States’ top credit rating. The Yen is the top performer, boosted by comments from Japan’s economy minister, who suggested that too weak of a Yen would hurt imports as well as consumers’ purchasing power.

With respect to the Yen, Japanese Prime Minister Shinzo Abe has stepped up his rhetoric for the Bank of Japan to implement a +2.0% yearly inflation target, meaning that speculation about potential policy changes will continue to run high until the January 22 policy meeting. As the meeting approaches, however, it is worth pointing out that the Japanese Yen is simply a very oversold currency. In fact, according to the CTFC’s COT report, net non-commercial futures positioning is at its shortest level since July 2007; the short trade is very crowded and a significant unwind would undoubtedly provoke a sharp move.

A look at the weekly chart shows that the USDJPY hasn’t posted a negative period since the first week of November. In fact, last week’s RSI was above 80 – the last time that happened was in December 2005, which produced a pullback of >500-pips. Accordingly: seeing the Japanese Yen bottom (xxxJPY pairs top) after the BoJ would not be surprising; the conditions are ripe for a significant turnaround, just not yet. I’m very wary of the Yen bottom occurring before the official measures being announced. 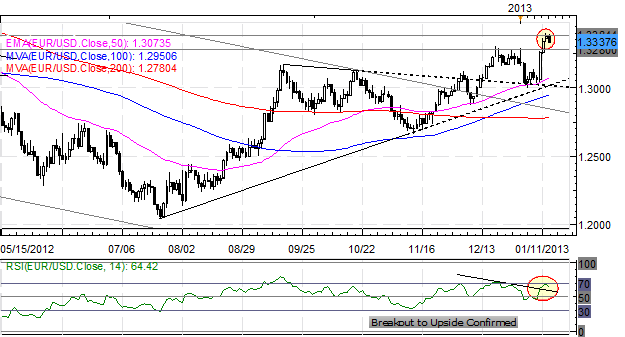 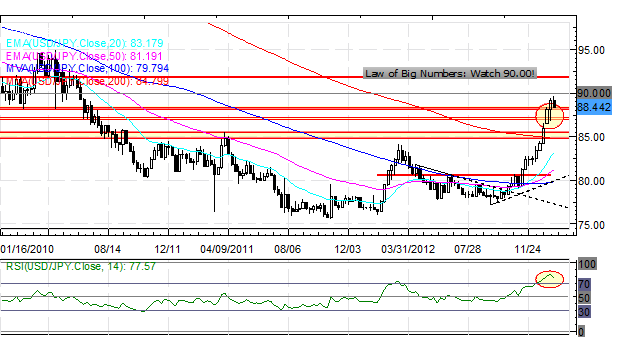 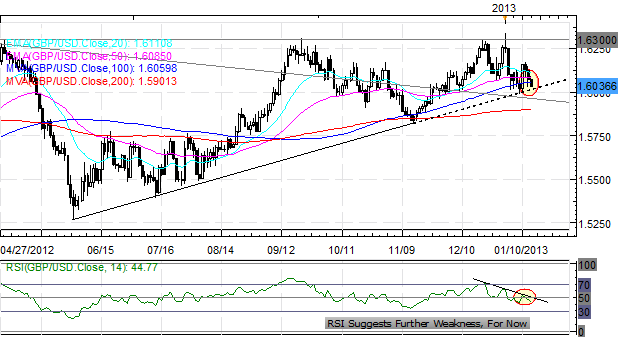 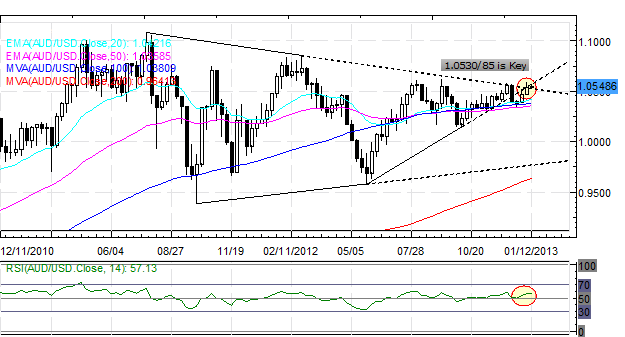 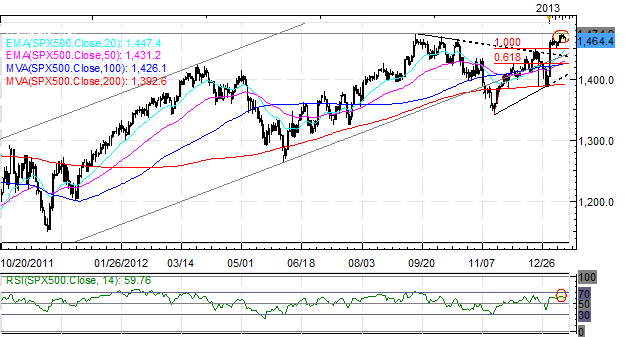 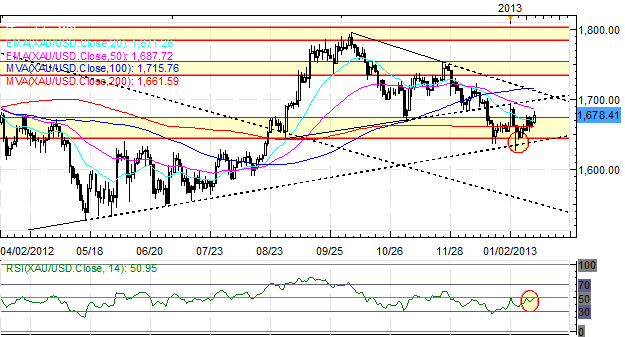