The rally seen across the globe in high beta currencies and risk-correlated assets has taken a breather the past several days, as investors have shifted to neutral following the US fiscal cliff resolution. Although the S&P 500 is sitting near its highest closing levels since December 2007, significant questions remain over the state of the US budget, the debt ceiling about to be hit in February, and whether or not the Federal Reserve is planning an exit from the bond market at the start of next year. But the story this week is not about the US economy and her creditworthiness; instead, our focus is on the Japanese Yen.

The Japanese Yen has been a significant underperformer the past few months, losing some -1100-pips to the US Dollar following Shinzo Abe’s ascent to the Japanese premiership. But over the past two days, the USDJPY has had its worst performance since mid-November. Mainly, this is due to speculation that the Bank of Japan would fail to meet heightened expectations for a significantly dovish monetary policy; the view has developed that the incoming policies as a result of the upcoming January 22 policy meeting have been priced in.

Be that as it may, the Japanese Yen is simply a very oversold currency. In fact, according to the CTFC’s COT report, net non-commercial futures positioning is at its shortest level since July 2007; the short trade is very crowded. A look at the weekly chart shows that the USDJPY hasn’t posted a negative period since the first week of November. In fact, last week’s RSI was above 80 – the last time that happened was in December 2005, which produced a pullback of >500-pips. Accordingly: seeing the Japanese Yen bottom (xxxJPY pairs top) after the BoJ would not be surprising; the conditions are ripe for a significant turn around. 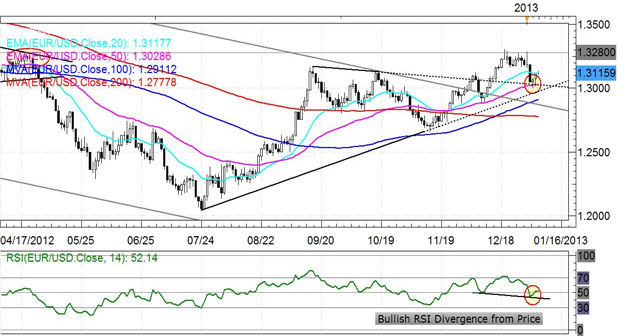 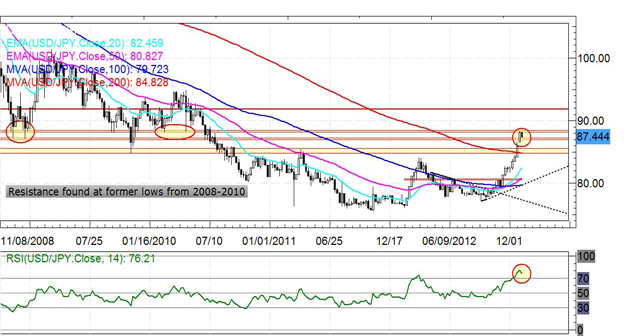 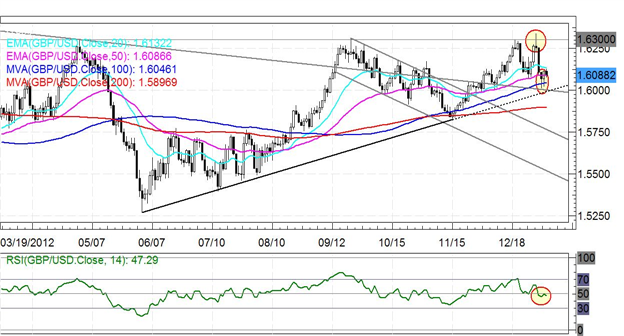 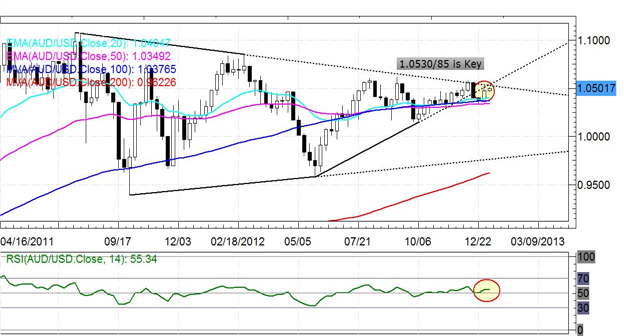 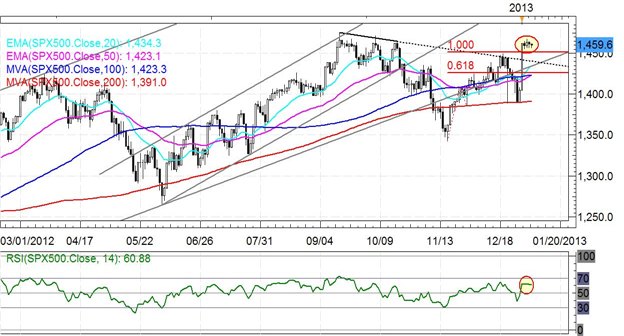 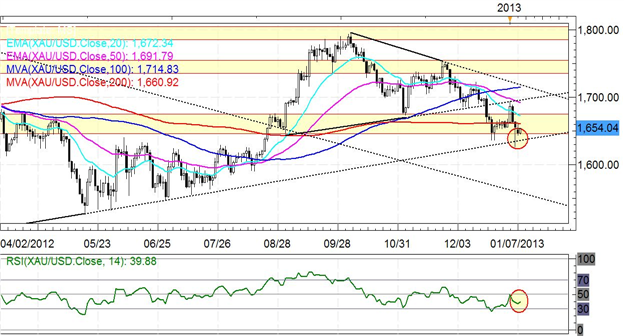