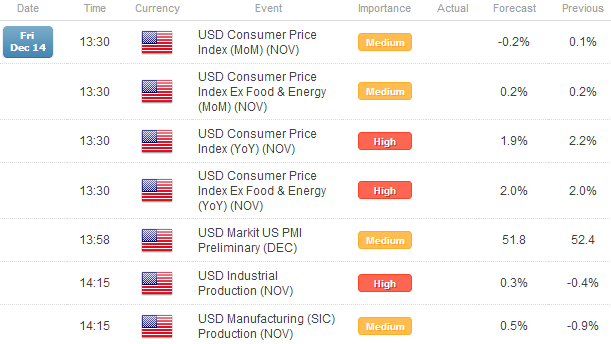 Forex: US Dollar Continues to Settle; Chinese Economy in Focus

Risk-appetite is neither firm nor soft on Friday, as a myriad of data, news, and commentary has kept traders on the sidelines, leaving the US Dollar mostly unchanged, if not slightly higher on the day. In sum, the lack of demand for riskier assets today during the European session is a bit of a surprise, considering how high beta assets performed during the Asian trading session on Friday: following a better than expected HSBC Flash Manufacturing PMI for December, the Chinese Shanghai Composite closed up by +4.32%.

The Chinese data released overnight shows that the fears of a “hard landing” are in the rear-view mirror, and a new conversation is warranted: for how long will China grow approximately +7%; or is a stronger growth around the corner? An indicator for Chinese growth I observe, Iron Ore prices on the Singapore Mercantile Exchange, have rebounded by over +10% since December 4, suggesting that demand for base metals – the commodities needed to build infrastructure – is improving rapidly.

There are ramifications if this trend continues: China’s major trade partners could see a boost, in particular Australia; and this would alleviate growth concerns in the region, allowing the Australian Dollar to appreciate. Accordingly, with the Reserve Bank of Australia in recess during January, Chinese data becomes that much more important over the next few weeks, as they could be a major influential factor when the RBA reconvenes in February: another rate cut, which is still priced in by 58% according to the Credit Suisse Overnight Index Swaps, could put on hold for 1Q’13. 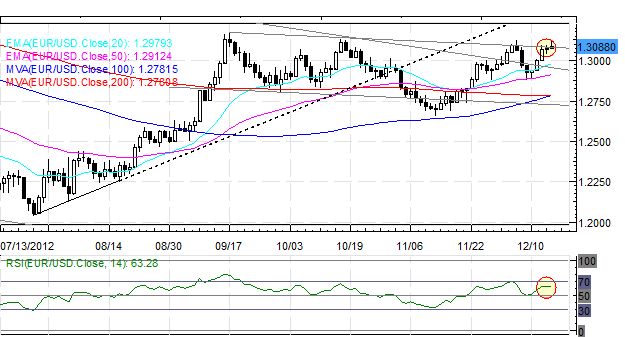 EURUSD: No change from Thursday: “The same descending trendline off of the September and October highs which served as resistance last week (in combination with the monthly R1) has once again held this week (in combination with the weekly R1). Accordingly, with the Fed ultimately disappointing, consolidation is possible the rest of the week. Resistance remains 1.3075/90 and 1.3145/75. Support is 1.3010/30, 1.2875/90 and 1.2800/20 (late-September/early-October swing low).” 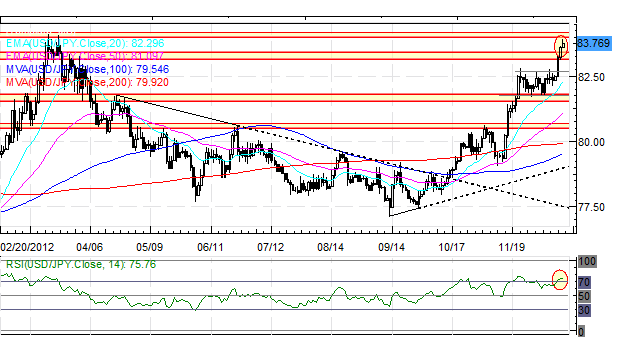 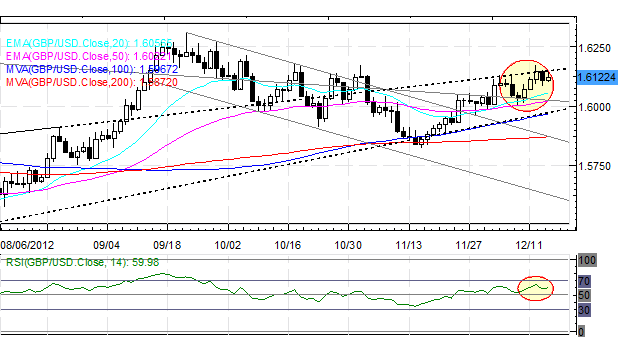 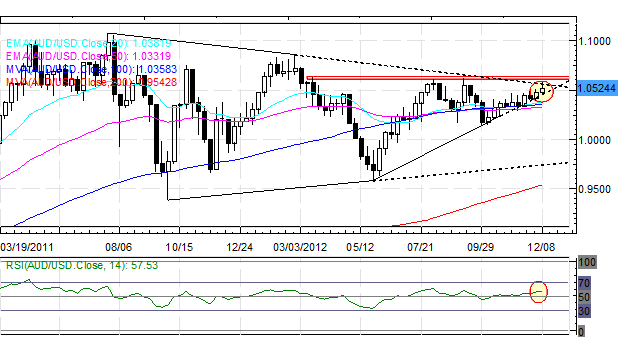 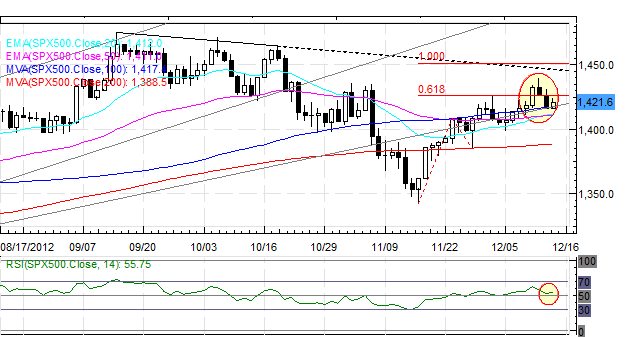 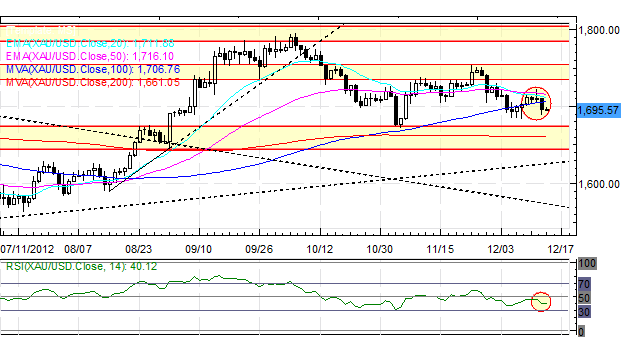