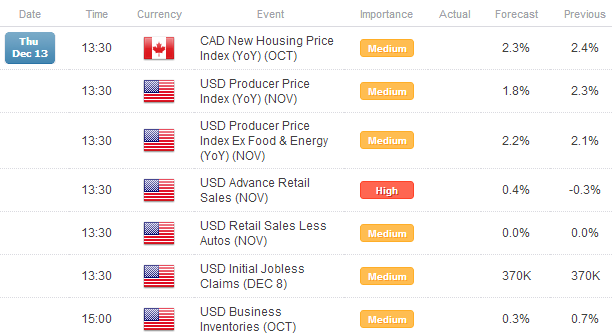 High beta currencies and risk-correlated assets saw a solid uptick yesterday, as the Federal Reserve offered up its latest iteration of quantitative easing. The new program, dubbed as a QE3 expansion, will see a continuation of $40 billion per month in agency MBS purchases, as well as $45 billion per month in outright US Treasury purchases. Essentially, QE3+ is just a combination of the QE1 extension and QE2, based on the composition of asset buys.

What has thrown a wrench in the typical ‘if the Fed eases, the market squeezes’ trade has been the implementation of the “Evans Rule,” which is essentially the Fed’s own stop loss. Named after Chicago Fed President Charles Evans (an ultra dovish FOMC member), the Evans Rule stipulates that the stimuli will remain in place until the Unemployment Rate hits 6.5%, unless the rate of yearly inflation (as measured by the various gauges of inflation) increases to over +2.5%; in both cases, the Fed’s plans would be reevaluated.

Accordingly, the US Dollar hasn’t seen much of a continuation lower, and in fact, by midway through the European session, the world’s reserve currency had turned higher. While this is surprising in the sense that the Fed has doubled its stimulus with little impact on the US Dollar, the bigger surprise is that it hasn’t generated any buying interest in the Japanese Yen as an alternative safe haven, an occurrence noted each time the Fed has begun QE. So why hasn’t the Yen rallied; it is the worst performing currency today. On Sunday, Japan goes to the polls to elect a new prime minister, and with Shinzo Abe leading in polls, it is very likely that the next government uses a heavy hand to manipulate the Bank of Japan to ease further. 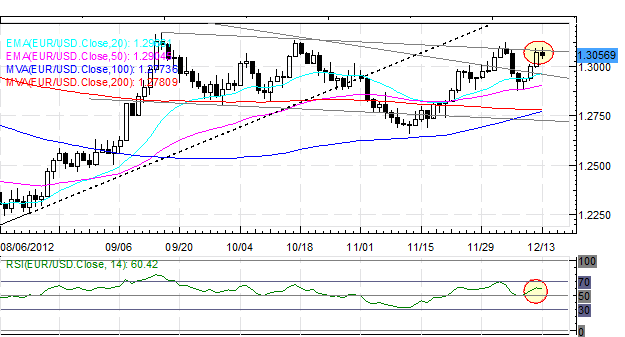 EURUSD: The same descending trendline off of the September and October highs which served as resistance last week (in combination with the monthly R1) has once again held this week (in combination with the weekly R1). Accordingly, with the Fed ultimately disappointing, consolidation is possible the rest of the week. Resistance remains 1.3075/90 and 1.3145/75. Support is 1.3010/30, 1.2875/90 and 1.2800/20 (late-September/early-October swing low). 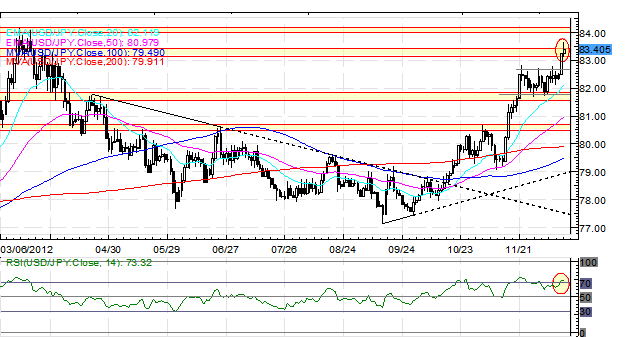 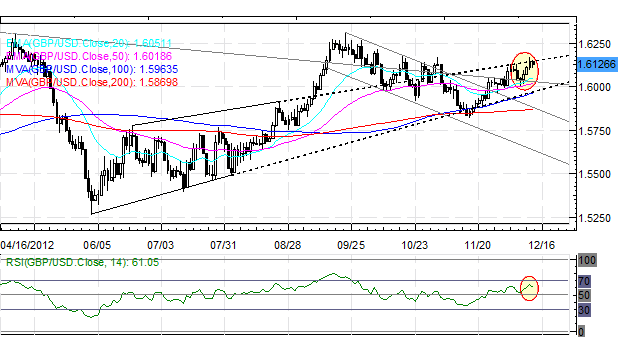 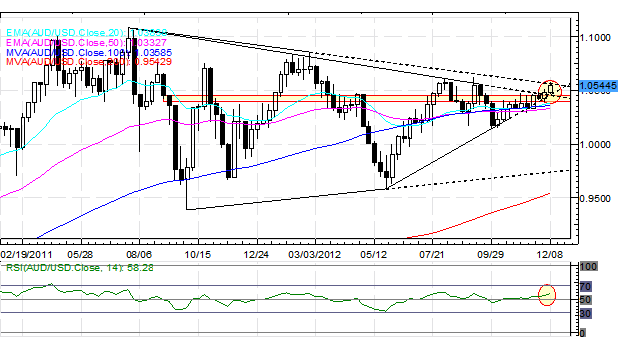 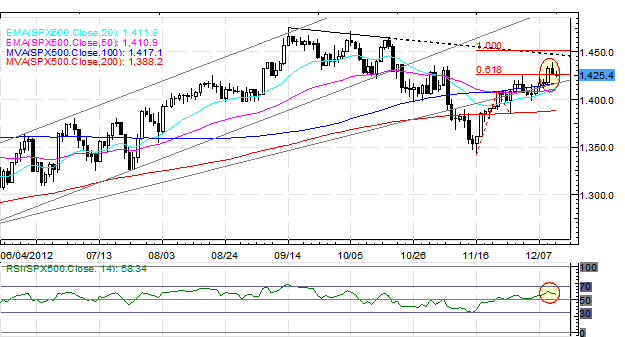 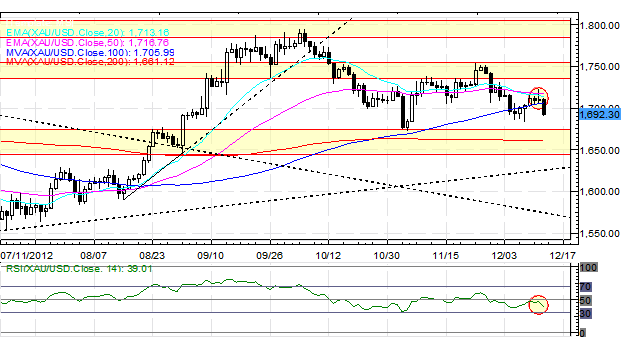