The Euro was already looking weak headed into the new week, having just come off two days of significant declines in a row as a result of the disappointing European Central Bank Rate Decision on Thursday. With a mix of the potential for a rate cut as well as the increased likelihood that Spain will not take a full sovereign bailout this year, the fundamental backdrop working against the Euro is difficult in the near-term. It got worse this weekend.

Italian Prime Minister Mario Monti, amid a fracturing government due to declining support from former Prime Minister Silvio Berlusconi’s party withdrawing support for the current coalition, has announced his resignation. This could be a major setback for the Italian part of the crisis, with the man booted from office for getting the country into crisis readying to retake control. Since former Prime Minister Berlusconi left office, Italian borrowing costs have plummeted, with the 10-year bond yield shedding over 2% (200-basis points). Despite recession, Italy is expected to meet the European Union’s 3% deficit-to-GDP ratio this year.

The question now is: what will happen if former failed leaders retake control? Silvio Berlusconi is expected to campaign on an anti-austerity, anti-Germany platform, as if to vilify the Monti government that has helped move Italy away from the brink. If you want to know whether or not this is viewed as a positive, there’s nowhere else necessary to look but for the bond markets, which are suggesting that more volatility – and thus uncertainty over Europe – may be ahead in 1Q’13. 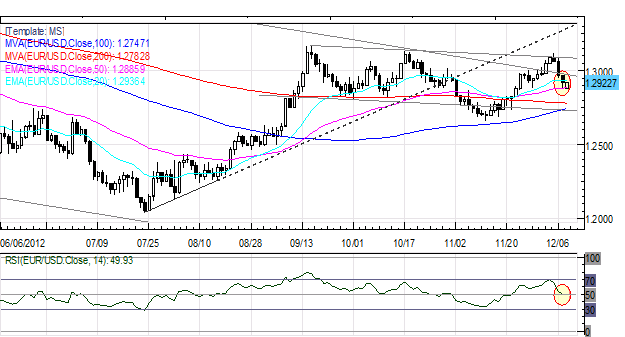 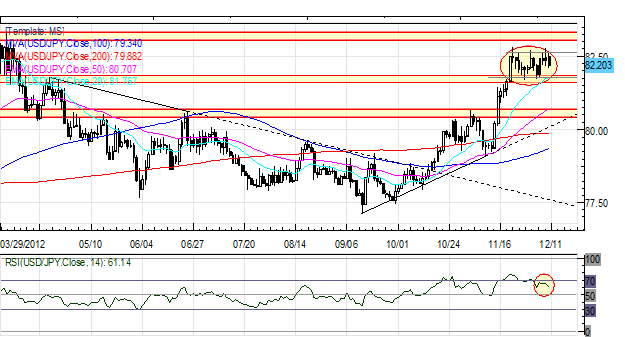 USD/JPY: No change, although the recent consolidation is starting to look like a Bull Flag: “More range-bound price action as the pair fights diametrically opposite fundamental pressures (US fiscal cliff and Japanese elections), thus leaving my levels and outlook at neutral to bullish now. Support comes in at 81.75, 81.15, and 80.50/70 (former November high).Resistance is 82.90/83.00 and 83.30/55.” 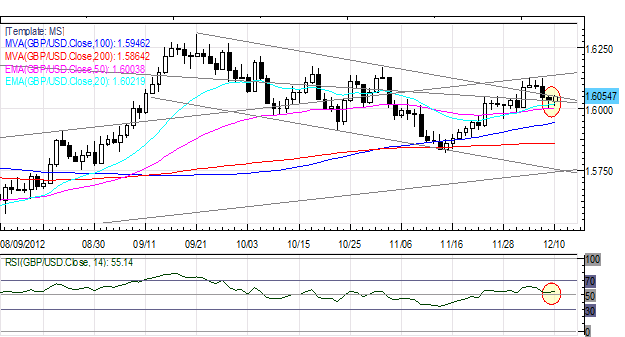 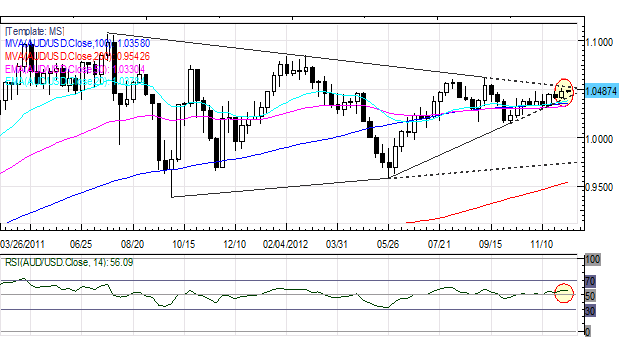 AUD/USD: No change from Friday: “The AUD/USD has started to poke out of its major technical pattern, though until 1.0500/15 is cleared, there’s little reason for excitement. My outlook is thus unchanged: “As the pair has traded towards its Symmetrical Triangle termination point, and appears to be making a move to the upside; when considered in the big picture, the current pause witnessed the past year or so may be viewed as a consolidation. Support is at 1.0435/45 (held today, weekly R1, trendline support off of the June 1 and October 23 lows) and 1.0235/80. Resistance is 1.0475/90 (November high) and 1.0500/15.” Note: this is a weekly chart to highlight how close the AUD/USD to a potential breakout. 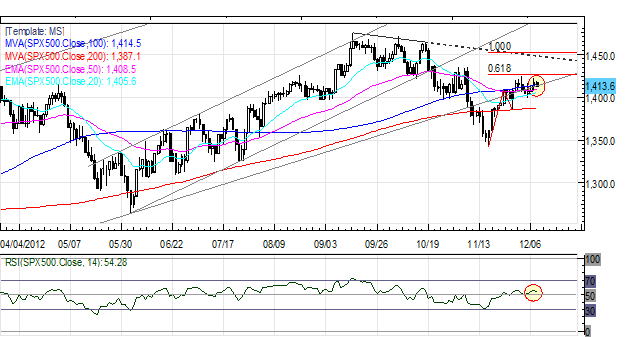 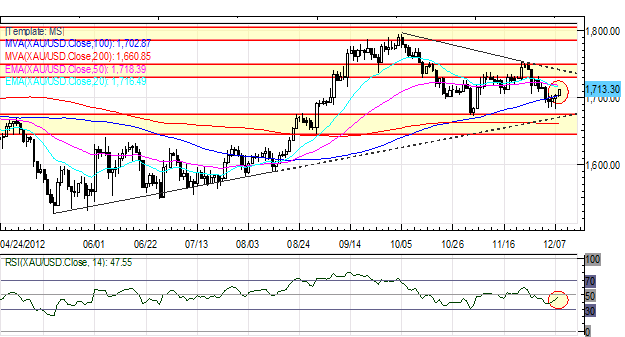