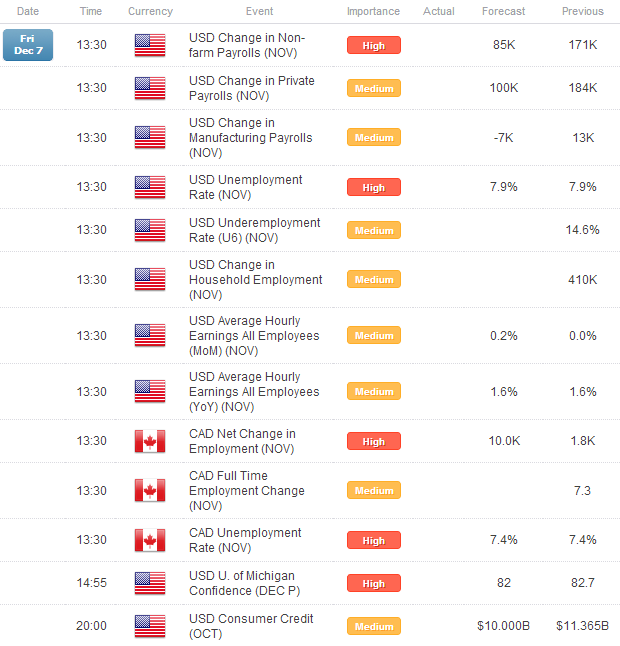 Forex: Euro Slide Continues as US Dollar Rallies Ahead of November NFPs

The US Dollar has seen renewed vigor over the past few days with the Dow Jones FXCM Dollar Index (Ticker: USDOLLAR) rising to its highest level in a week, and readying for a test of 10000.00 if a few events break the right way. In fact, with risk-aversion prevalent overnight, especially among the European currencies, the US Dollar is set up for a strong day should the November labor market reading prove favorable.

The Nonfarm Payrolls report due today is the least important release of the series for the entire year thus far. At the beginning of the year, NFPs fueled speculation over what the Federal Reserve would do with its monetary policy; and in the middle of the year, NFPs was a focus point for both Democrats and Republicans alike ahead of the elections. But now, with the US economy seeing a string of better US data over the past two or three months (thus reducing speculation over the Fed) and the elections behind, the November report carries much less significance.

However, this report is interesting for one reason: what will be the impact of Hurricane Sandy? In the weeks after the storm, especially in early-November, weekly claims figures were clearly higher (weaker labor market) as a result. Will Sandy have the same impact on NFPs? Economists think so: forecasts are calling for what would be the third weakest reading of the year at +85K (June NFPs were +45K). We think the usual paradigm will play out – the better the figure, the stronger the US Dollar, especially against the Japanese Yen and Gold – but overall this figure is a crapshoot. A reading over +100K should be considered strong. 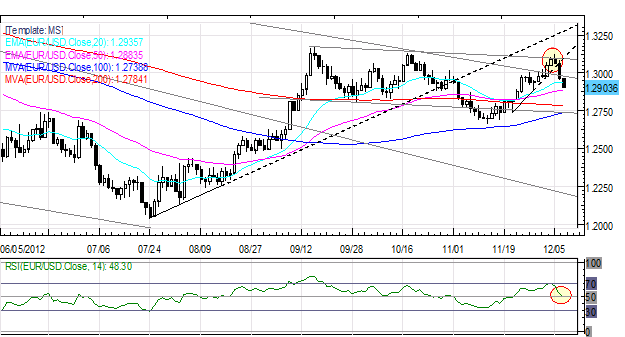 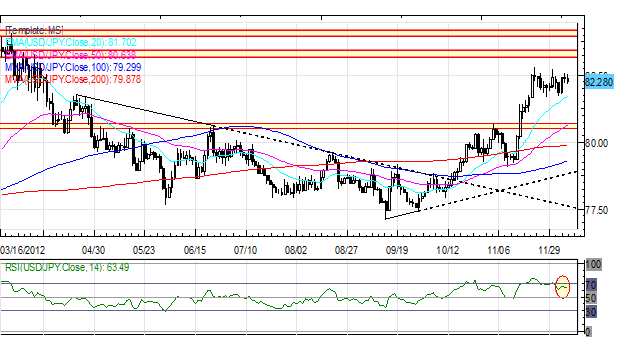 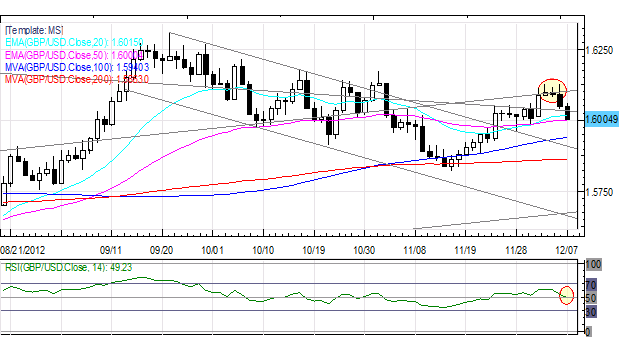 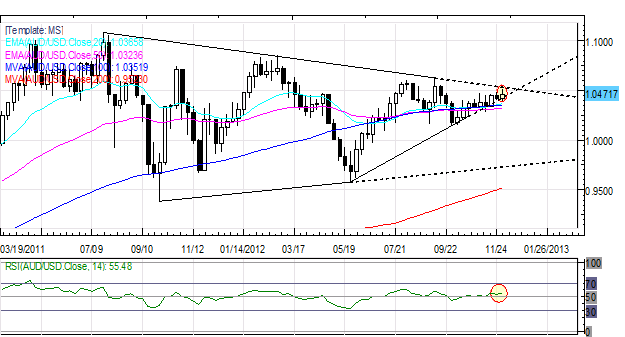 AUD/USD: The AUD/USD has started to poke out of its major technical pattern, though until 1.0500/15 is cleared, there’s little reason for excitement. My outlook is thus unchanged: “As the pair has traded towards its Symmetrical Triangle termination point, and appears to be making a move to the upside; when considered in the big picture, the current pause witnessed the past year or so may be viewed as a consolidation. Support is at 1.0435/45 (held today, weekly R1, trendline support off of the June 1 and October 23 lows) and 1.0235/80. Resistance is 1.0475/90 (November high) and 1.0500/15.” Note: this is a weekly chart to highlight how close the AUD/USD to a potential breakout. 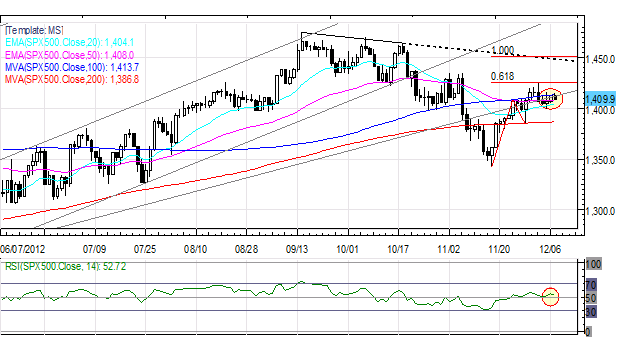 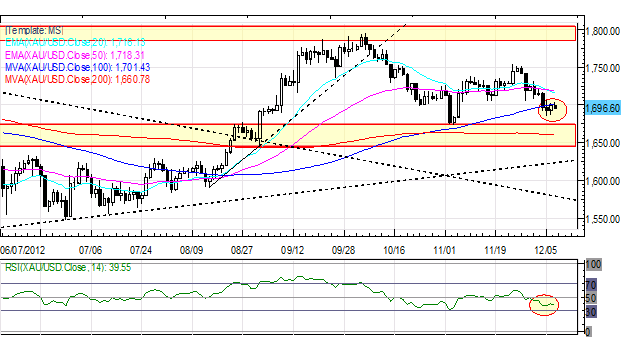