High beta currencies and risk-correlated assets are slightly higher on the day as positive data out of both Asia and Europe has provided a bullish counterweight to ongoing concerns about the US fiscal cliff/slope, the main drag on investor sentiment at present time. The commodity currencies are leading to the upside, with the Australian Dollar benefiting from a superficially strong November labor market reading, and the New Zealand Dollar benefited from a slightly hawkish (relative to expectations) Reserve Bank of New Zealand. But the real story is what’s going on with the Euro.

Since 06:00 EST / 11:00 GMT, the Euro has been under pressure amid sharply rising Italian and Spanish (mainly Italian) bond yields, following a vote of confidence in the Italian senate that has given technocratic Prime Minister Mario Monti a very thin margin. In fact, the fate of the current government very much rests with the old government, considering that former Italian Prime Minister Silvio Berlusconi’s party has decided against partaking in the vote on current Prime Minister Monti’s economic reforms.

By choosing not to vote at all – with or against the Monti-government – Mr. Berlusconi’s party has essentially stepped to the edge of breaking majority without doing so. Needless to say, the prospect of having Silvio Berlusconi back in power following elections next year would not be panned as positive for the Euro. In fact, Mr. Berlusconi has made repeated calls to end austerity, a decision which would not please core Euro-zone countries like Germany. 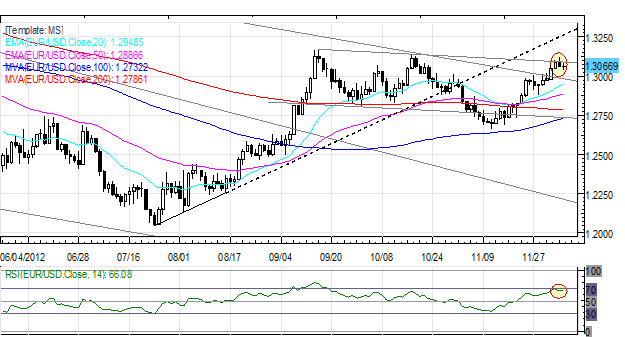 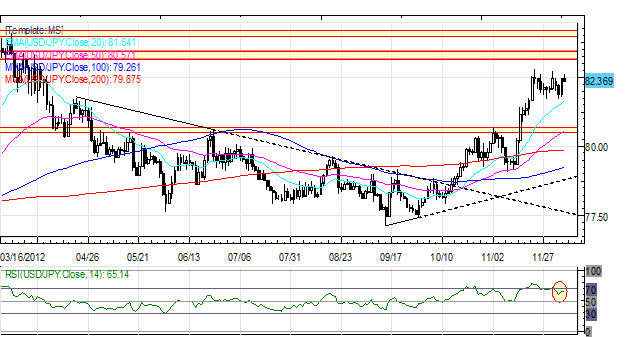 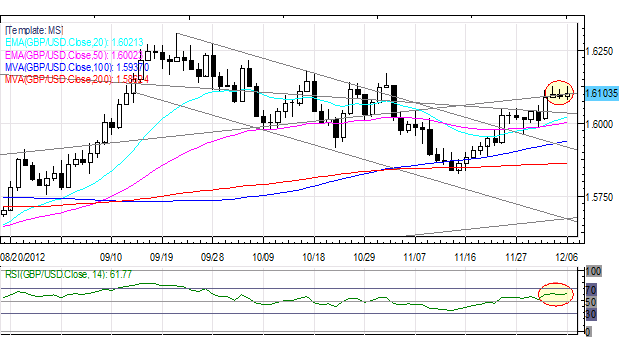 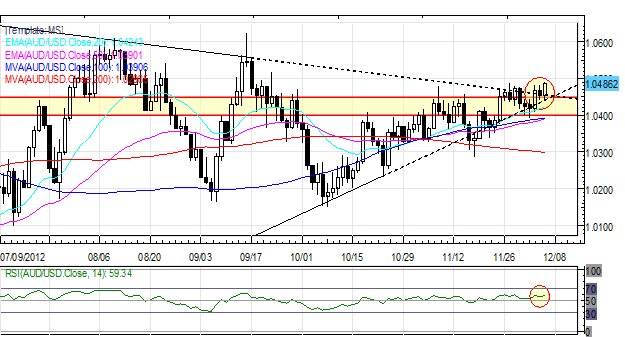 AUD/USD: The AUD/USD has started to poke out of its major technical pattern, though until 1.0500/15 is cleared, there’s little reason for excitement. My outlook is thus unchanged: “As the pair has traded towards its Symmetrical Triangle termination point, and appears to be making a move to the upside; when considered in the big picture, the current pause witnessed the past year or so may be viewed as a consolidation. Support is at 1.0435/45 (held today, weekly R1, trendline support off of the June 1 and October 23 lows) and 1.0235/80. Resistance is 1.0475/90 (November high) and 1.0500/15.” 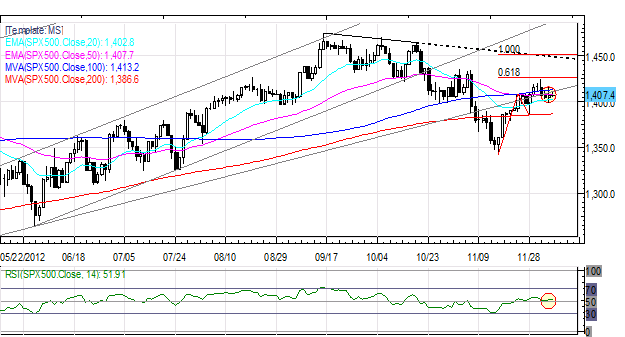 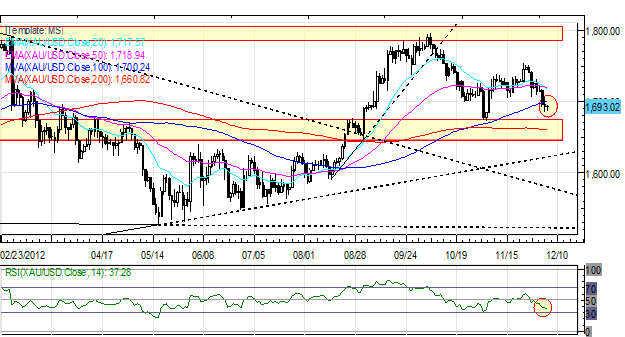