For the second day in a row, the Australian, Canadian, and New Zealand Dollars have remained resilient despite a sell-off in the European currencies and equity markets, perhaps a sign of improving global growth prospects despite uneasiness elsewhere. With European concerns lingering – once again after a “resolution” was reached, with leaders spinning it as a monumental moment for all European s – the Euro has taken the lion’s share of punishment the past two days, despite notable improvement in Italian and Spanish bond yields (see below).

Accentuating the uneasiness today were comments made yesterday by Senate Majority Leader Harry Reid, a pro-tax hike Democrat, who called the lack of progress made the past eleven days on the fiscal cliff/slope or so “discouraging.” This has perhaps aided the commodity currencies in their relative state of levitation (compared to the European currencies’ sinking feeling). But the big winner has been the Japanese Yen, which has rebounded off of its November lows across the board as investors seek safety outside of the US Dollar.

But this notion of the fiscal cliff/slope being a definite occurrence is far-fetched despite the “discouraging” lack of progress made. Where’s the real progress? Stringent anti-tax hike Republicans reneging on promises to never increase government revenues, as politicians backpedal away from the very policies that cost them the Presidency, the Senate, and a few seats in the House of Representatives. This sensibility being displayed gives hope that at least a bridge agreement will be made, to give the new Congress time to hammer out the details over the first half of the year. 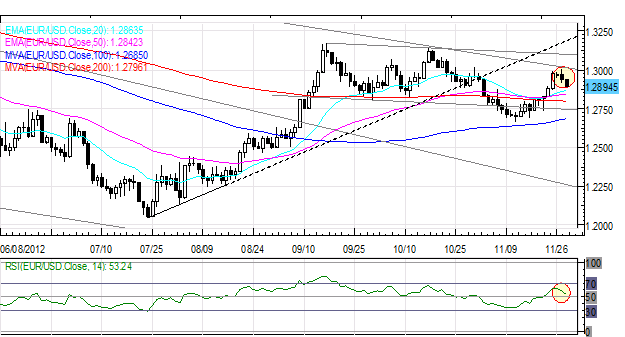 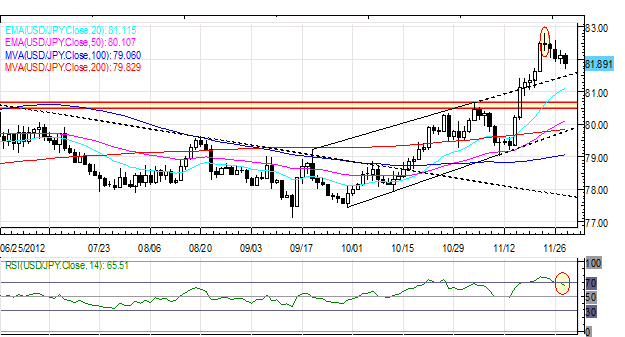 USD/JPY: No change from Monday: “While the Evening Star candle cluster has failed to materialize, the Doji / Shooting Star candle on Wednesday, when considered alongside the daily RSI starting to contract from its already-overbought levels, the USD/JPY looks near-term bearish. Support comes in at 81.75, 81.15, and 80.50/70 (former November high). Resistance is 82.90/83.00 and 83.30/55.” 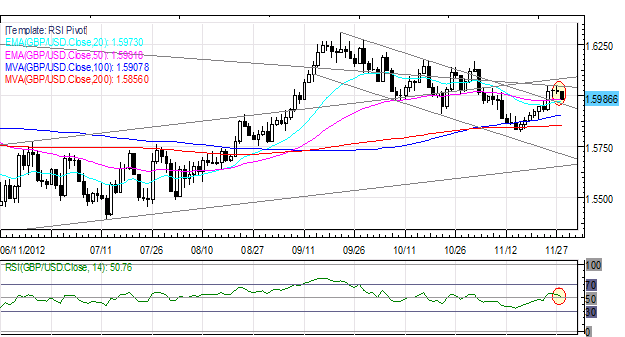 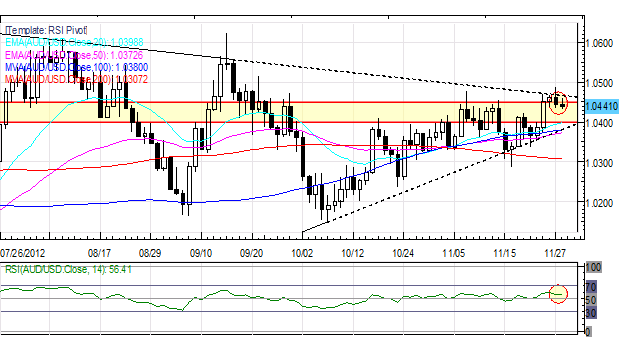 AUD/USD: As the pair has traded towards its Symmetrical Triangle termination point, and appears to be making a move to the upside; when considered in the big picture, the current pause witnessed the past year or so may be viewed as a consolidation. Support is at 1.0370/1.0405 (trendline support off of the June 1 and October 23 lows) and 1.0235/80. Resistance is 1.0475/80 (November high) and 1.0500/15. 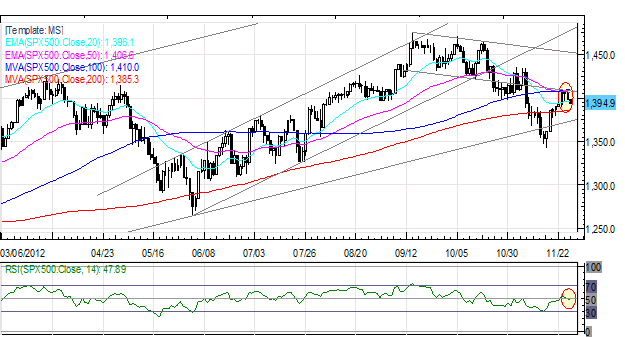 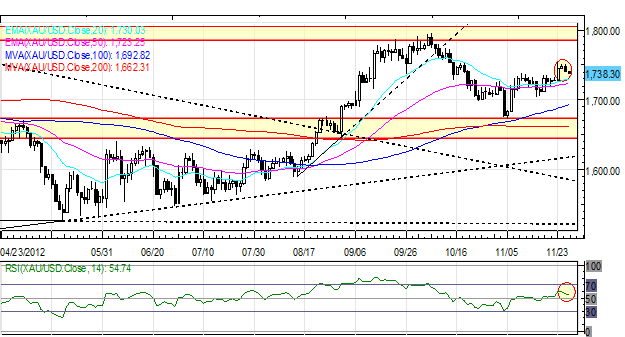