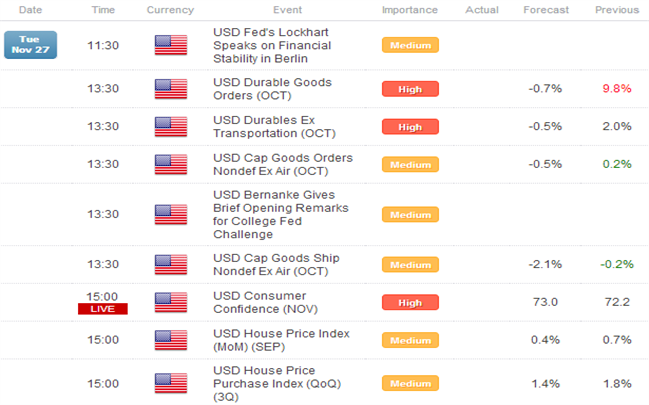 The Australian, Canadian, and New Zealand Dollars are the top performers of today’s session thus far as global risk appetite has been momentarily boosted by a positive outcome to the Greek debt negotiations. After failing to reach a compromise last week, Euro-zone finance ministers were able to agree upon reducing Greece’s debt burden by more than €40 billion, which would cut the country’s debt-to-GDP ratio to 124% by 2020; it is slated to hit 190% in 2014.

While the EUR/USD traded back towards its early-November high of 1.3010 (ultimately topping at 1.3008 on the session), demand for European currencies has been somewhat muted this morning, as the Euro has shed its post-Greek deal gains rather quickly. Curiously, Italian and especially Spanish bond yields have improved while equity markets have fallen back – this is not a typical shakeout.

Our belief is that equity markets are always “late to the party,” meaning that their move is regarded as the least significant when cross-market analysis is considered: with FX markets stable if not suggesting increased demand for high beta currencies; and peripheral bond markets improving (lower yields), it appears that the broad market has ‘bought’ the Greek debt deal (specific figures below).

Elsewhere, it is worth noting that US Congressional leaders finally return to Washington, D.C. today to resume fiscal cliff/slope negotiations after what has essentially been an eleven day holiday. Volatility in precious metals and the USD/JPY could increase during the upcoming US sessions as a result. 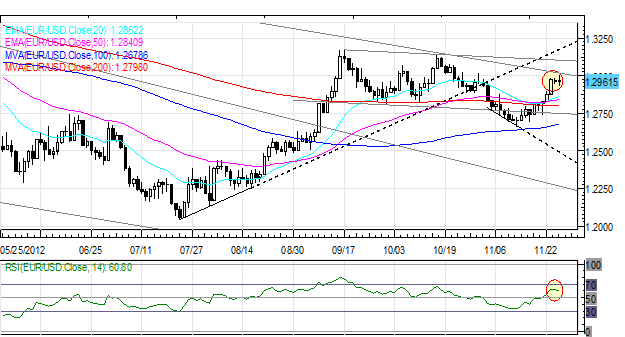 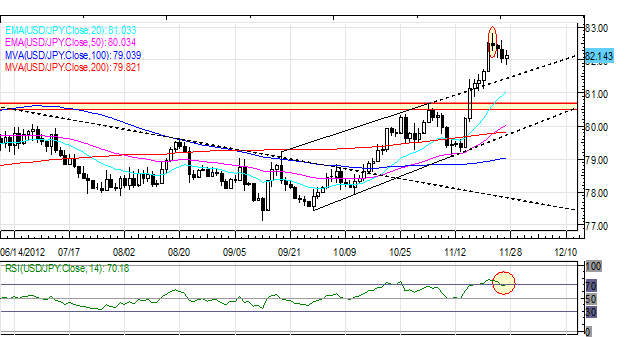 USD/JPY: No change from yesterday: “While the Evening Star candle cluster has failed to materialize, the Doji / Shooting Star candle on Wednesday, when considered alongside the daily RSI starting to contract from its already-overbought levels, the USD/JPY looks near-term bearish. Support comes in at 81.75, 81.15, and 80.50/70 (former November high). Resistance is 82.90/83.00 and 83.30/55.” 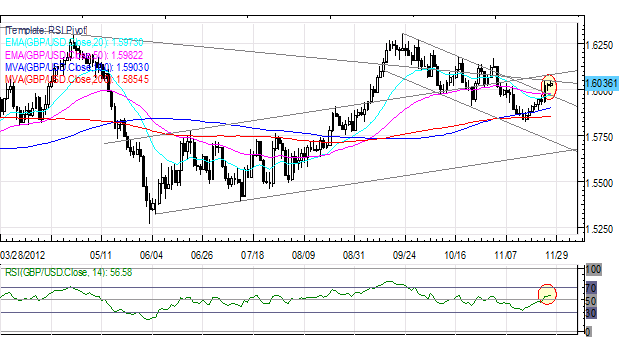 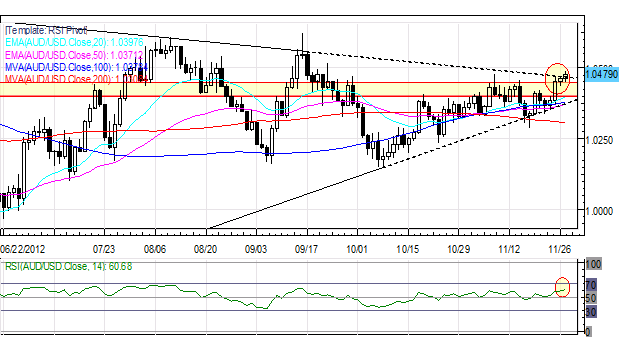 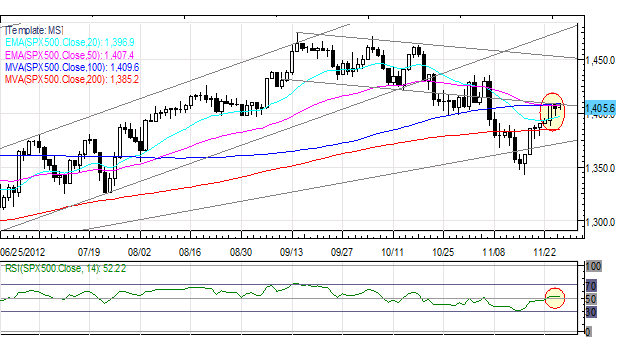 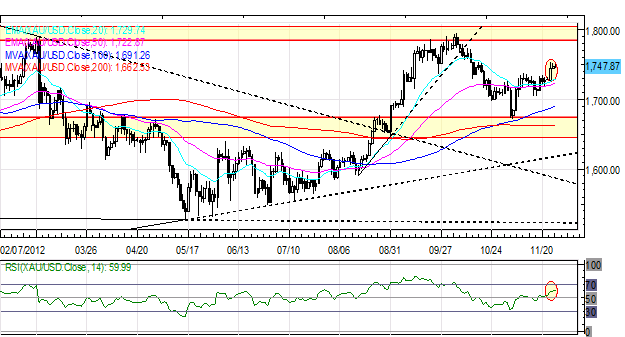