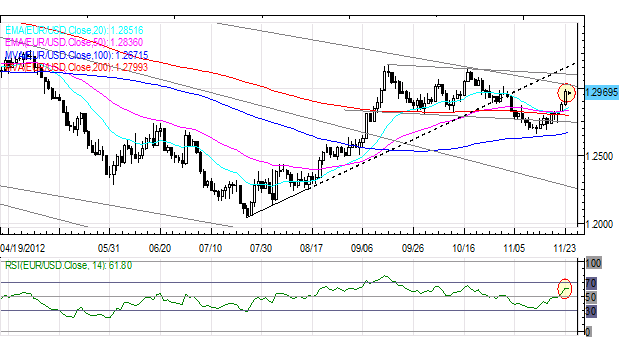 High beta currencies and risk-correlated assets are only slightly weaker to start the last week of November, as a key Euro-zone finance ministers’ meeting is underway that will help determine the fate of Greece’s increasingly cumbersome debt burden. The schism that Greece faces between itself and the rest of Europe is substantial, with its debt-to-GDP ratio forecasted to hit 190% in 2014, while pan-European leaders aim to bring down the ratio to 120% over the next ten years or so (very open ended given the progress of reforms).

So far, what we know is that Greece remains due to receive €31 billion that was supposed to be released in May. But before these funds are released, finding an agreeable solution as to how to best fix Greece’s debt issues is the main concern; Euro-zone finance ministers and the International Monetary Fund have been negotiating for the past week on this very issue. The ramifications of a plan falling short of expectations could prove to be the final straw for Greece. Questions linger as to how much more the country can take in terms of exogenous political influence, a depressed economy, and widespread social unrest, before Greece moves to exit the Euro-zone. Certainly, with Alexis Tsipras’ anti-bailout Syriza party leading in recent polls by 26.0% to 21.5% over current Prime Minister Antonis Samaras’ pro-bailout New Democracy party.

While the Euro is mostly lower on the day, these concerns seem to have been nearly written off, or at least a favorable market outcome is being priced into the FX market. Meanwhile, a regional election in Spain over the weekend with a result implying diminished credibility for struggling Prime Minister Mariano Rajoy has underpinned weakness in European bond and equity markets, leading to a rebound in the safe haven currencies, the Japanese Yen and the US Dollar.

There are no important data due out during today’s US trading session. 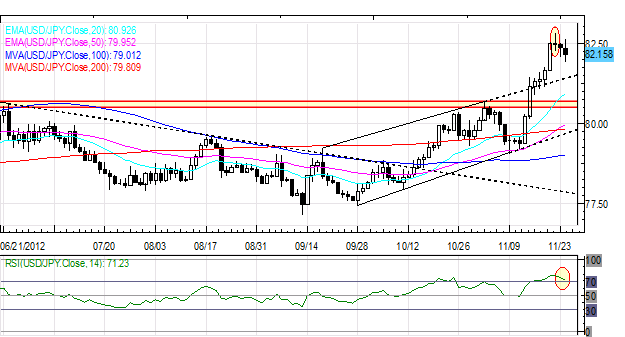 USD/JPY: While the Evening Star candle cluster has failed to materialize, the Doji / Shooting Star candle on Wednesday, when considered alongside the daily RSI starting to contract from its already-overbought levels, the USD/JPY looks near-term bearish. Support comes in at 81.75, 81.15, and 80.50/70 (former November high). Resistance is 82.90/83.00 and 83.30/55. 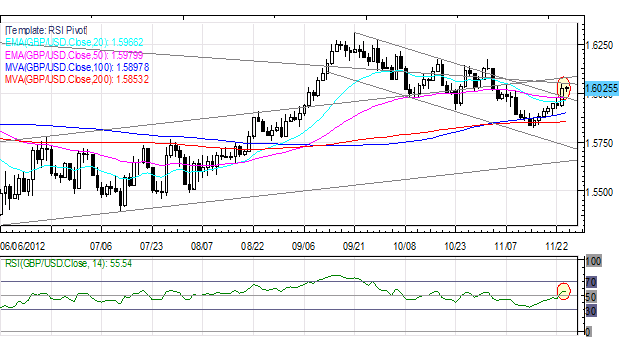 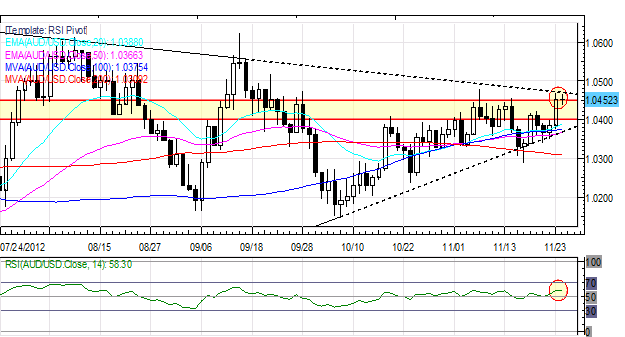 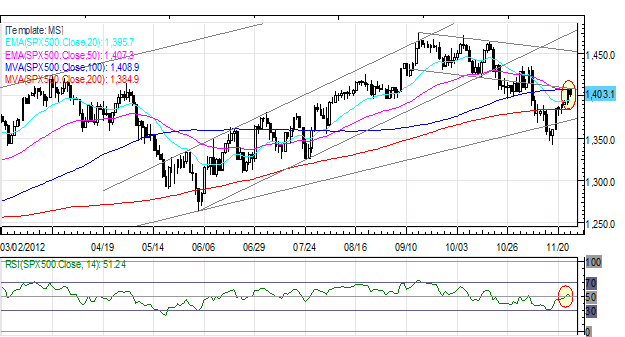 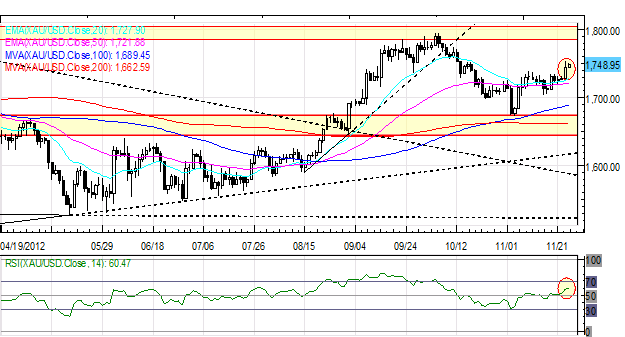