Forex: US Dollar Weakest on Friday; Euro Up After German Data, ECB Speak

The final day of the three day liquidity drawdown has arrived, and price action on Friday has been moderately bullish for high beta currencies and risk-correlated assets. There’s been decent follow-through on yesterday’s advances by the Australian and New Zealand Dollars, as well as the Japanese Yen and the Euro, as the US Dollar is the worst performing currency across the board.

Mainly, there’s been some positive news flow out of Europe allowing for the continued rebound in risk-appetite, as any such headlines out of the United States are absent amid the Thanksgiving holiday. On the data front, a German business confidence reading outperformed expectations, helping ease concerns that the Euro-zone’s largest economy was starting to slide towards recession; perhaps this pace has been stalled.

On the European news side, there have been a few more reports that Spain is inching towards a bailout agreement, which is bullish for the EUR/USD has it means the European Central Bank’s OMTs would be active, essentially placing a cap on short-term Spanish yields. ECB President Mario Draghi reminded market participants of this today, saying ‘if and when’ (paraphrasing) the OMTs need to be implemented, the ECB stands ready to go.

Furthermore, the developments on Greece have been frustrating yet hopeful, with another Euro-zone finance ministers’ meeting on November 26. Round the clock negotiations this week fell short of any major compromise, although it was agreed upon that Greece would receive another two years to fulfill its obligations; another round of elections resulting from brinksmanship could be a major setback. 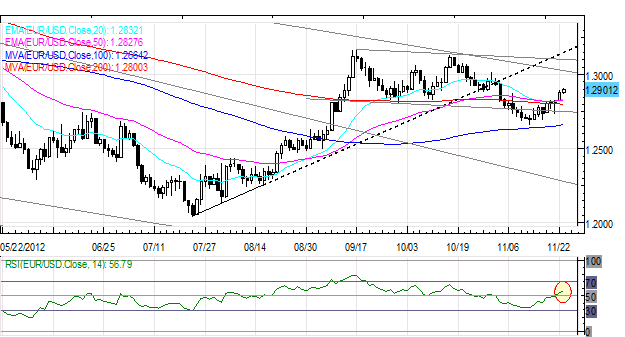 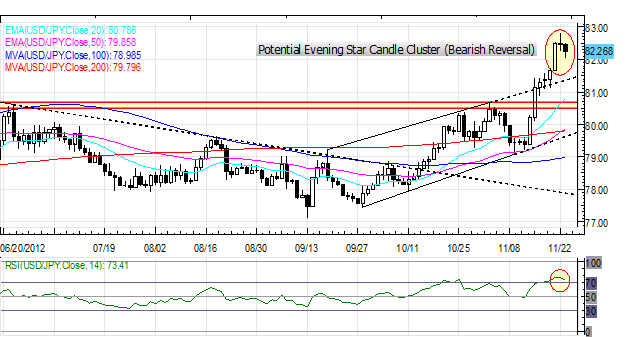 USD/JPY: On Tuesday I said: “With 81.75 broken, the next levels to like higher to are the late-March highs at 83.20/35. As noted yesterday, however, with the daily RSI overbought once more, the next corrective leg may be around the corner.” Indeed, after a Doji / Shooting Star candle on Wednesday coupled with further downside today, the USD/JPY is working on a potential Evening Star candle cluster (as noted on the chart above), which is a bearish reversal pattern. Coinciding with this is the daily RSI starting to contract from its already-overbought levels. Support comes in at 81.75, 81.15, and 80.50/70 (former November high). Resistance is 82.90/83.00 and 83.30/55. 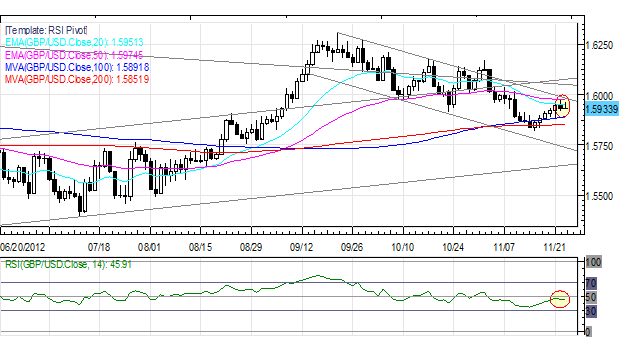 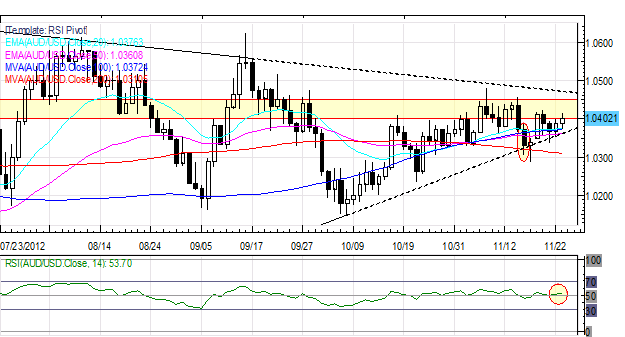 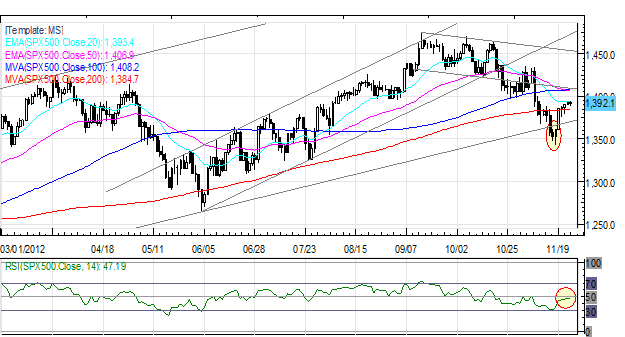 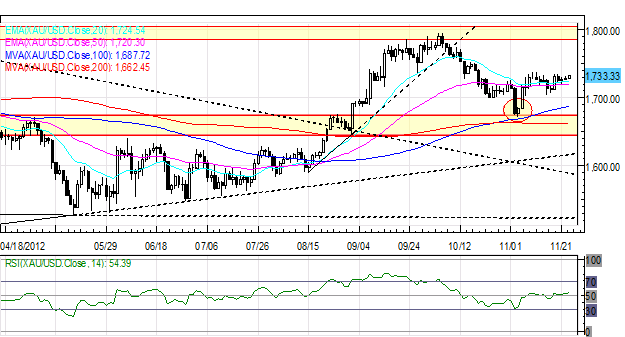